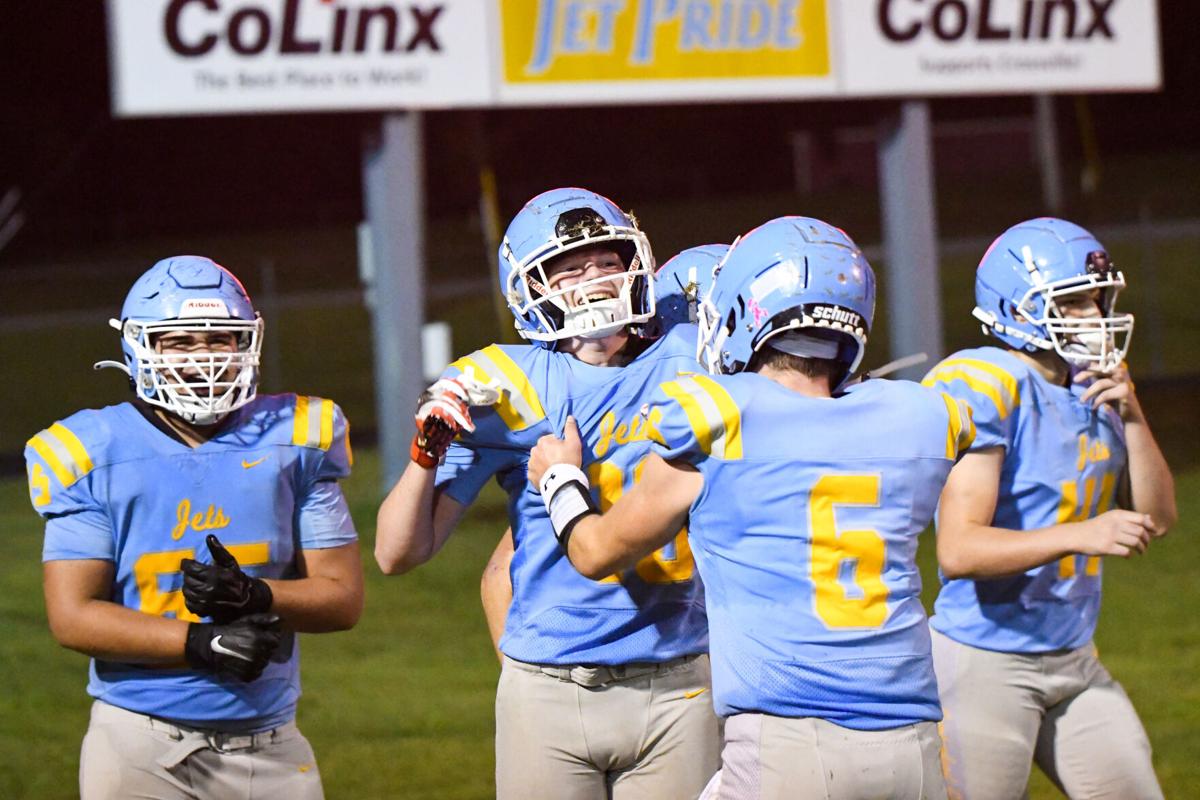 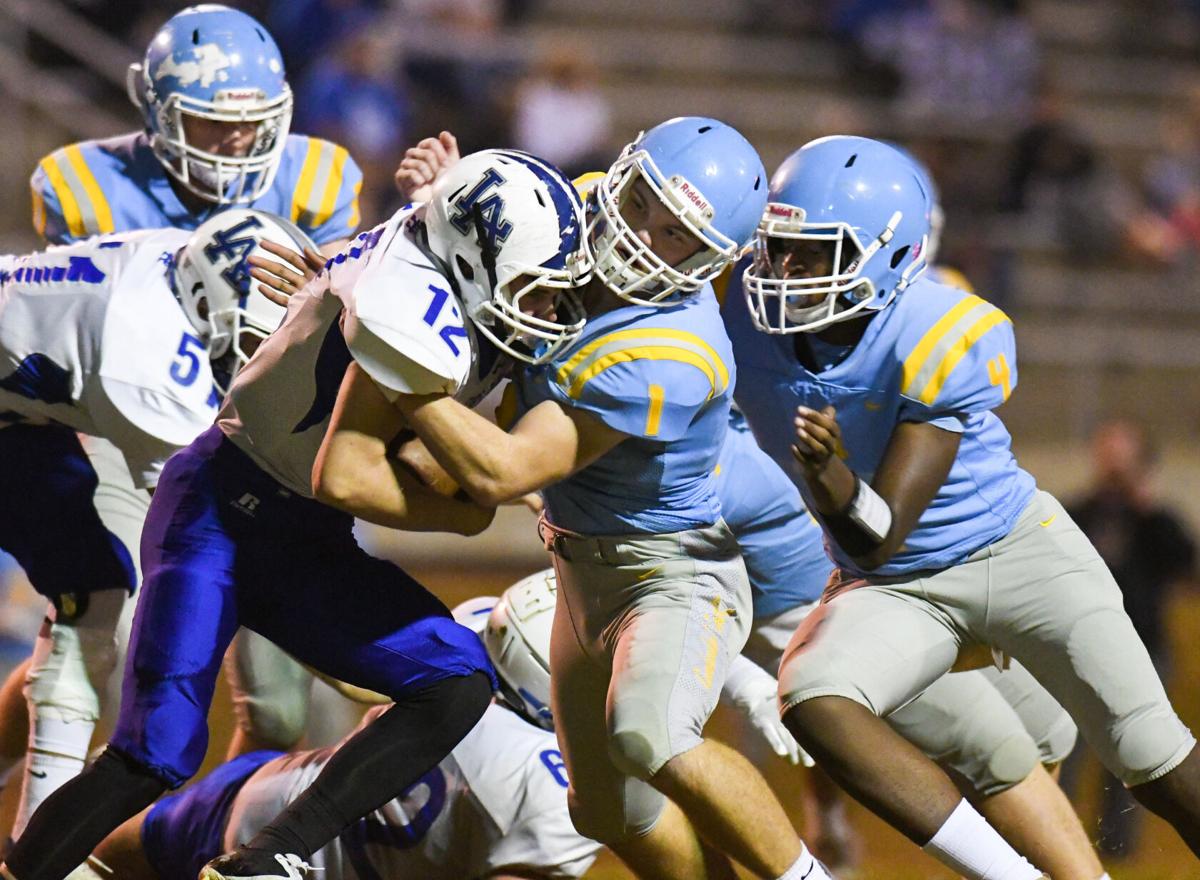 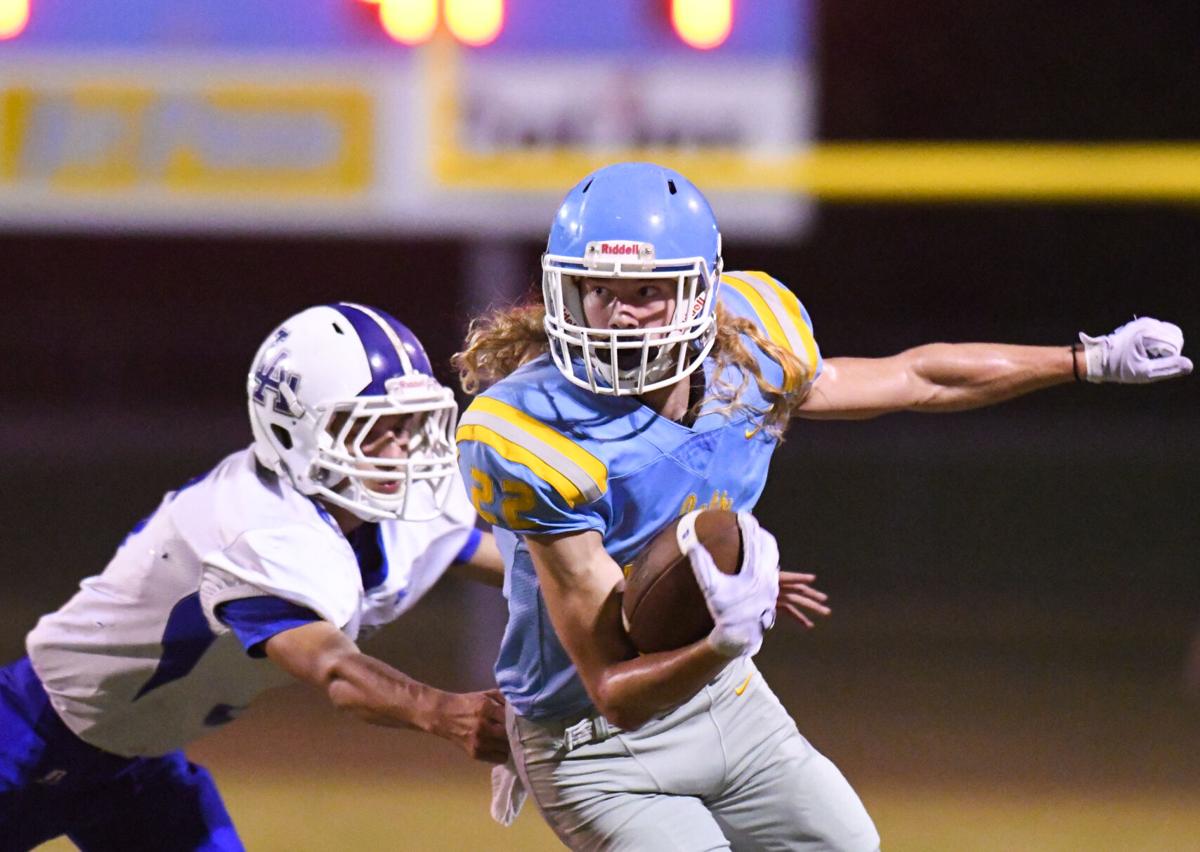 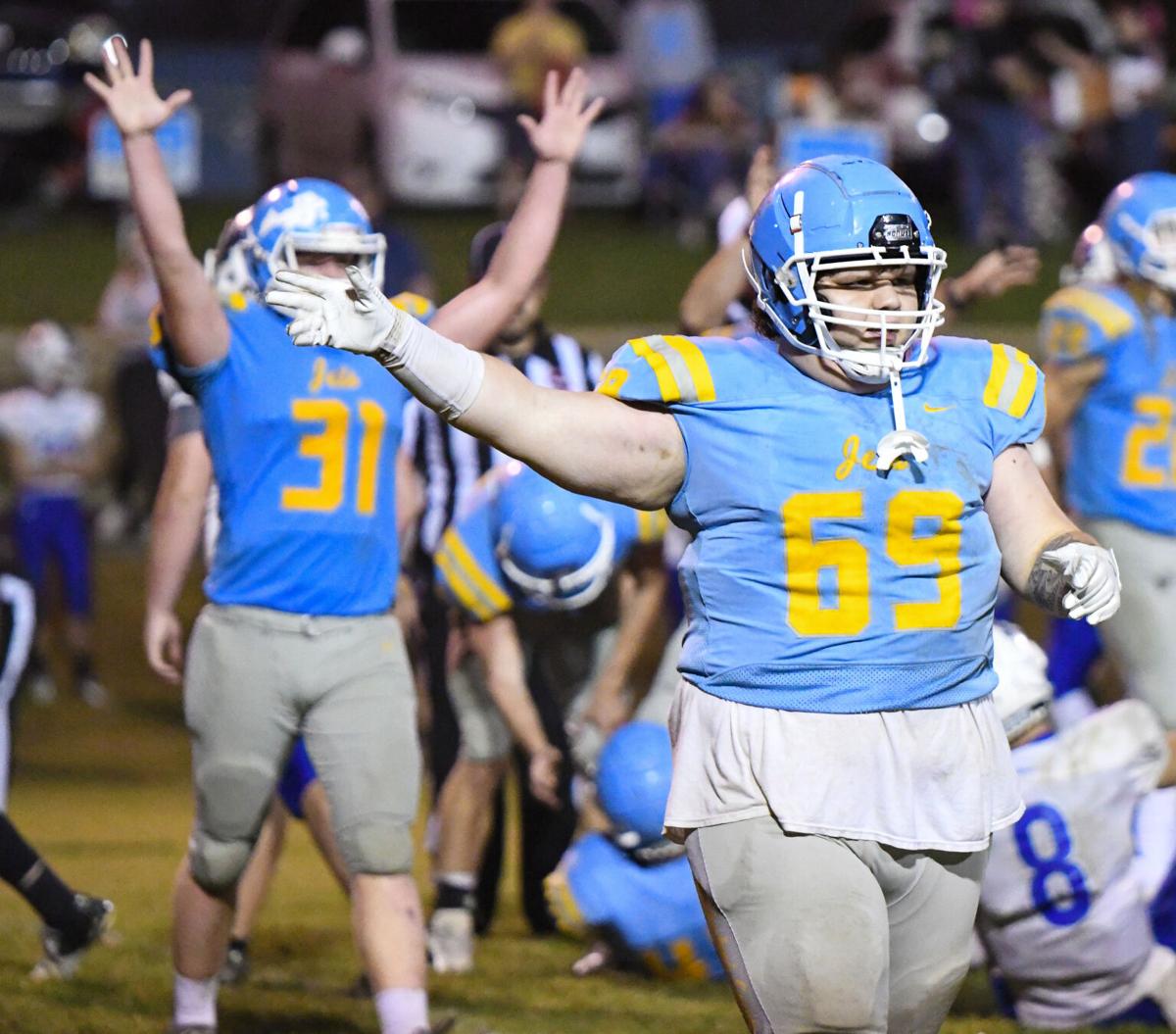 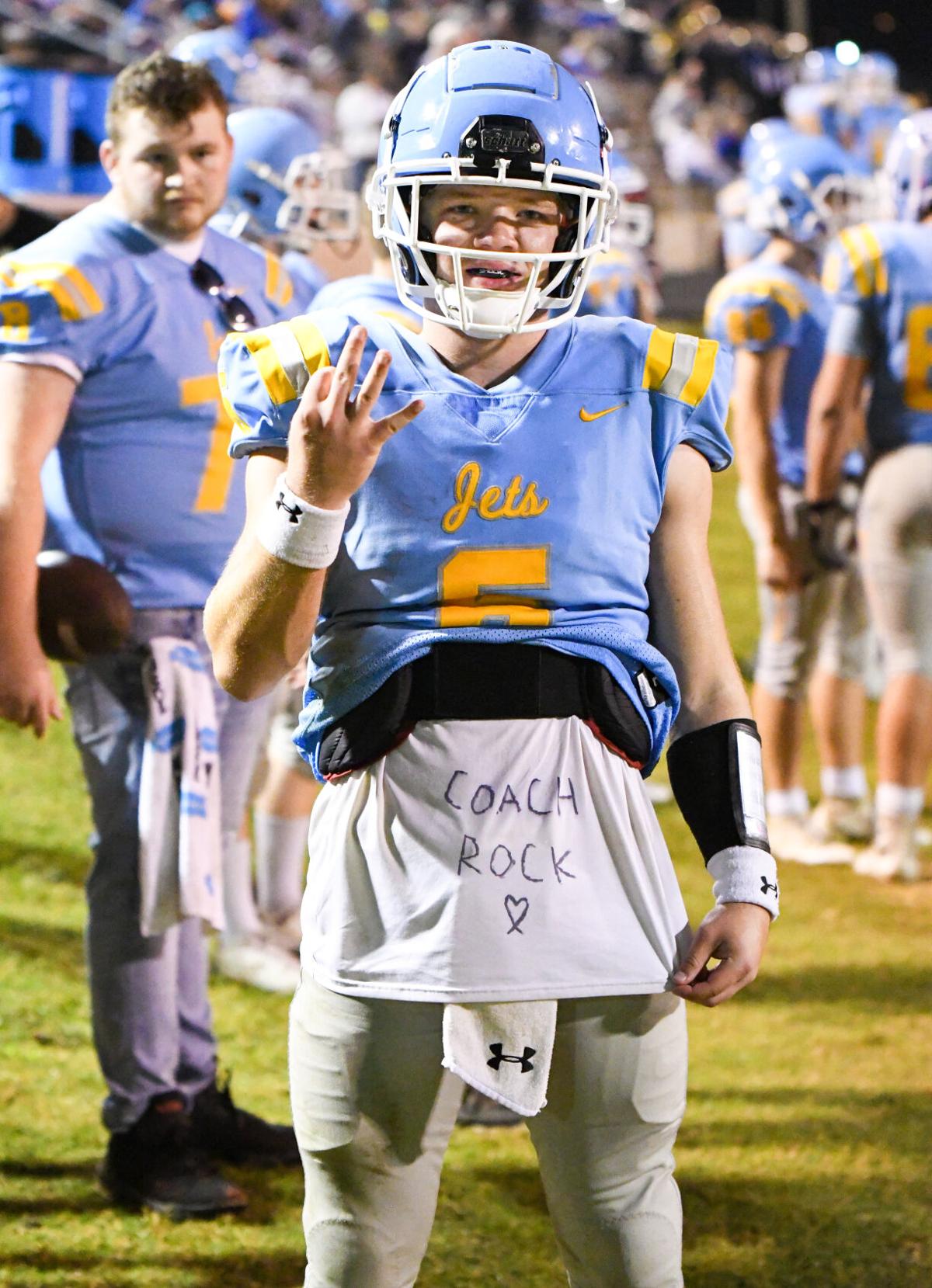 Thirty-six unanswered points were the difference Friday night for the Cumberland County Jets as they defeated Livingston Academy, 43-20, for their first region football win since 2016.

“I’m very proud of these kids,” said CCHS head coach Noah Repasky. “They’ve knocked out a lot of firsts. The more we’ve played, the more competitive we’ve been. We’ve got to win these region games.”

The Jets fell behind by 13 points in the second quarter (20-7) before scoring 36 unanswered points en route to the Region 4-4A victory.

“We didn’t play well in the first half, and it was obvious by the scoreboard,” Repasky said. “We came in at halftime and fixed what we could, and played a lot better in the second half.

“We talked about it this week; we had a big emotional game last Friday with the cross-town rivalry,” Repasky added on the slow start. “We were drained a little bit.”

CCHS amassed 355 yards of offense on 62 plays as a team. The Jets also had 18 first downs.

After the Wildcats struck first on a 70-yard pick-six early in the first quarter, the Jets would answer with a dramatic score of their own as WR Treven McGhee took a short pass from QB Braden Tollett 41 yards down the far sideline for a touchdown.

CCHS kicker Jaime Perez’s extra point tied the game at 7 points each with 3:11 remaining in the first quarter.

“That’s what this offense has been lacking,” said Repasky. “We’ve moved the ball against everybody we’ve played, but we haven’t had the big plays for touchdowns. The previous three games we won, we had the big plays. Our offense is a ground-and-pound, move-the-sticks kind, but for us to score some points in the 20s and 30s, we have to connect on some splash plays.”

Livingston would score the game’s next two touchdowns to lead 20-7 with 6:26 left until halftime. The Wildcats executed and recovered an onside kick following their third touchdown, setting LA up in prime position to go up three scores.

Cumberland County’s Dowlen had other plans, intercepting the Wildcats’ pass on the ensuing play, setting up a scoring drive for CCHS. Hairston broke loose on a 50-yard run down to the LA 15-yard line, putting the Jets in the red zone where Tollett and McGhee connected on an eight-yard TD pass a few plays later.

Perez’s PAT made the score 20-14 at halftime, still in favor of LA.

Cumberland County dominated the second half from the start, scoring on their first drive of the third quarter. Hairston took a screen 28-yards down to the LA 2-yard line, where Dowlen rushed in a TD around the right side to tie the game before Perez’ extra point put CCHS up 21-20 with 7:20 left in the third.

Cumberland County’s defense buried the Wildcats from then on, as Marcus Pedde recorded his first INT of the night and took it inside the LA 10-yard line.

McGhee caught his third TD of the game from Tollett to cap off the short drive, putting CCHS up 28-20 with 5:58 remaining in the third period.

Pedde wasn’t done, as the next LA possession saw him take a pick-six to the end zone, scoring another Jet touchdown with 4:48 left in the third. CCHS led 34-20 after the pick-six.

“We had them pinned back, and Marcus made two really good plays,” Repasky said. “He’s been playing solid all year long. Our defense needed some turnovers, and we forced four tonight.”

A Livingston miscue put the Jets on the scoreboard again on the last play of the third quarter, as a bad snap near their own goal line resulted in a safety and two points for CCHS, putting Cumberland County up 36-20 after three periods.

Cumberland County hit pay dirt once more in the fourth quarter as Dowlen rushed in a touchdown from 40 yards out with 10:26 left, making the final score 43-20 in favor of the Jets.

Cumberland County improves to 4-4 overall and 1-3 in Region 4-4A play with the win.

The Jets are off this Friday and host Jackson County next Friday, Oct. 22, for homecoming.

Mike England passed away at his home early Monday morning, Oct. 18, 2021. He leaves his wife of 30 years, Angela Rose England; and his daughters, Loretta Rose and Mikaela Olivia. He is also survived by his parents, Ray and Joyce England; other family of TJ and Deb Purdy, Brian and Lena Burge…