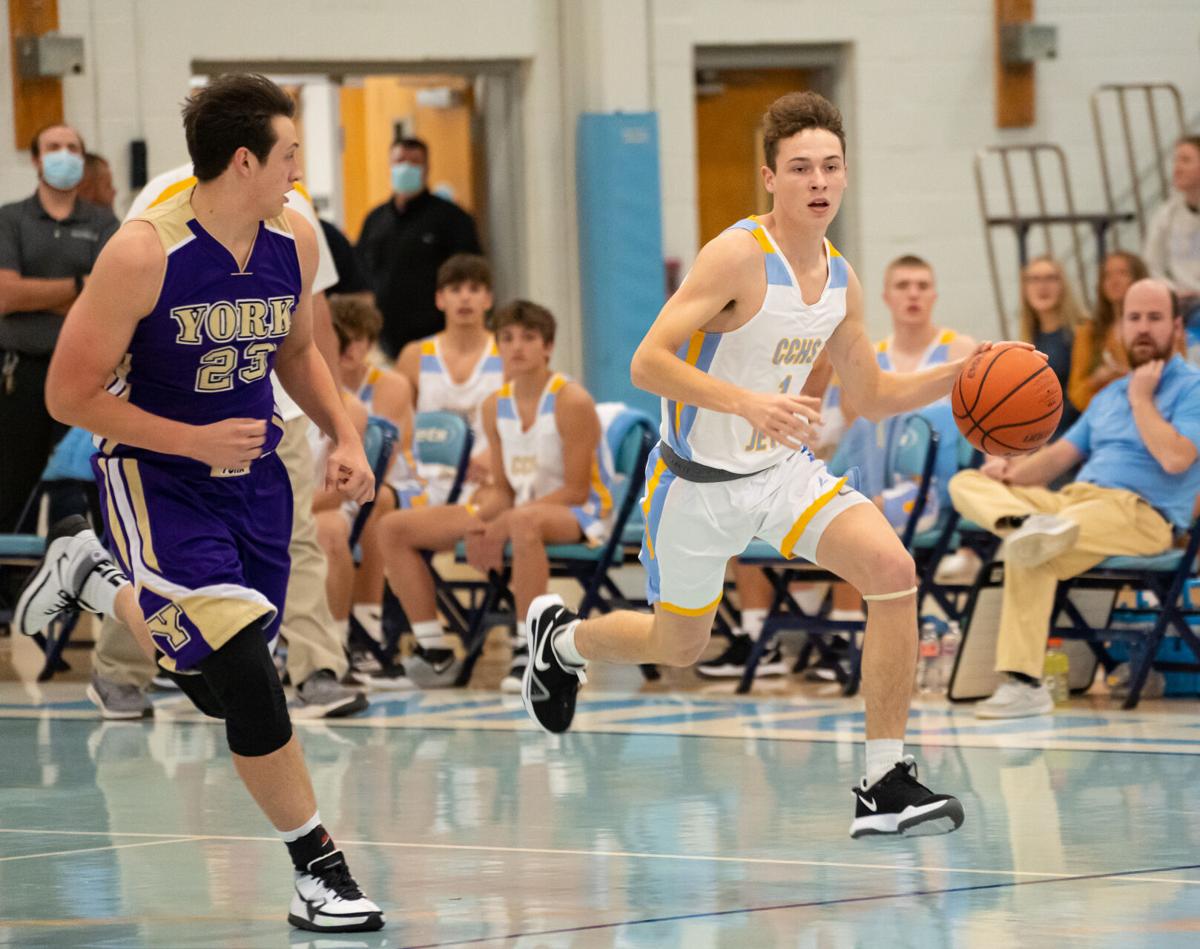 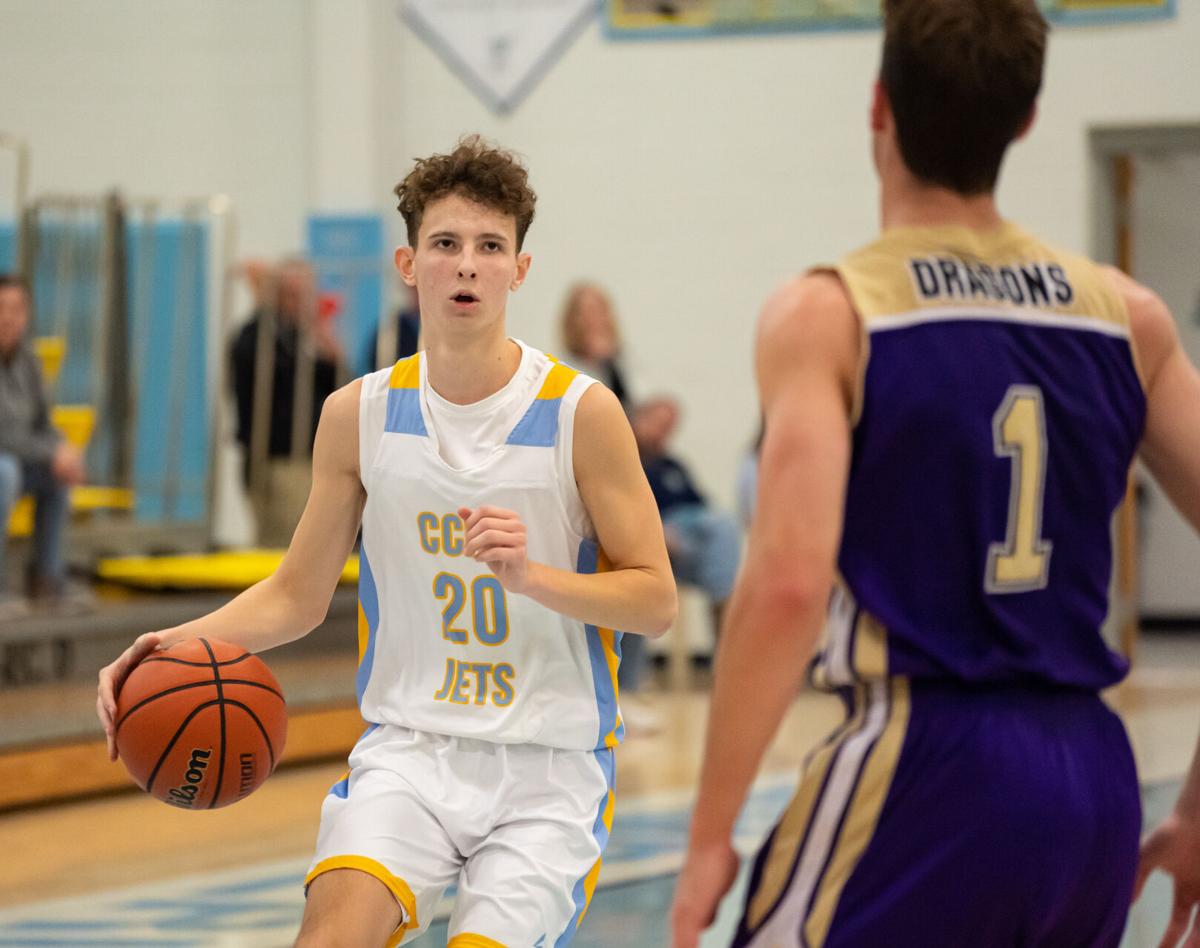 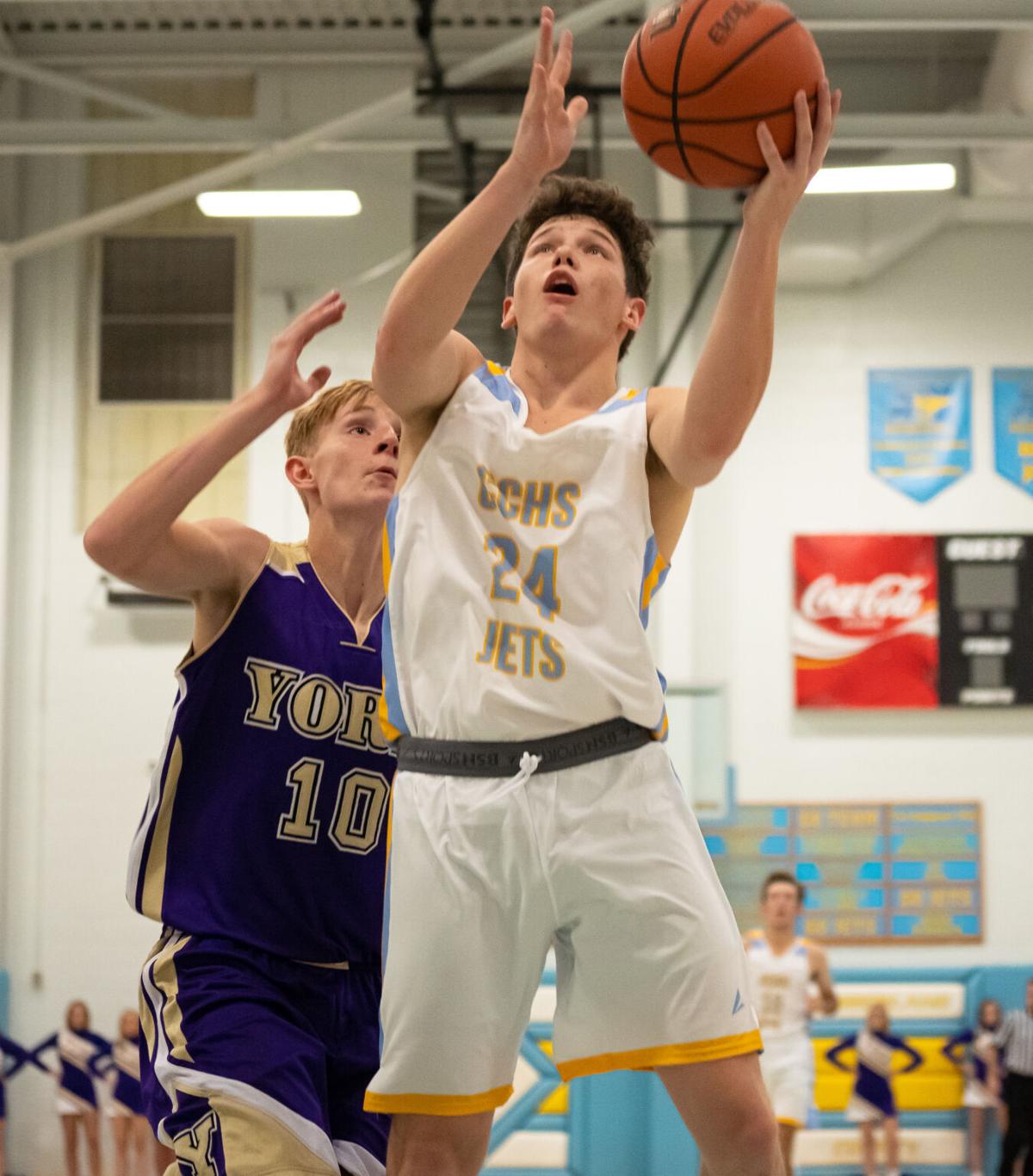 Adam Floyd goes up for a layup against York.

Adam Floyd goes up for a layup against York.

Basketball season tipped off for the Cumberland County Jets Tuesday night, and a strong fourth quarter pushed the Jets to a 17-point victory over York Institute, 70-53.

Inman’s 25 points came on 52% shooting from the field. He pulled down eight rebounds as well.

Cumberland County closed the first quarter strong with a 20-7 lead, and pushed that to as many as 21 points (28-7) in the second period.

York Institute stopped the bleeding late in the second period and cut the Jet lead to 35-28 at halftime.

The Dragons kept their run going into the third period as they briefly took a 40-37 lead over CCHS.

From that point midway through the third quarter, Cumberland County outscored York 33-16 the rest of the way, including 24-13 in the fourth quarter to win 70-53.

The victory moves Cumberland County to 1-0 on the season.

CCHS will travel to Clarkrange this Saturday afternoon for more hall of fame action, as the Jets will face Livingston Academy and Cookeville in a play day.

Photos, video highlights and more from Saturday’s action will be available online at www.crossville-chronicle.com.

Tuesday’s season opener didn’t go as planned for the Cumberland County Lady Jets, as they were defeated by York Institute, 46-33.