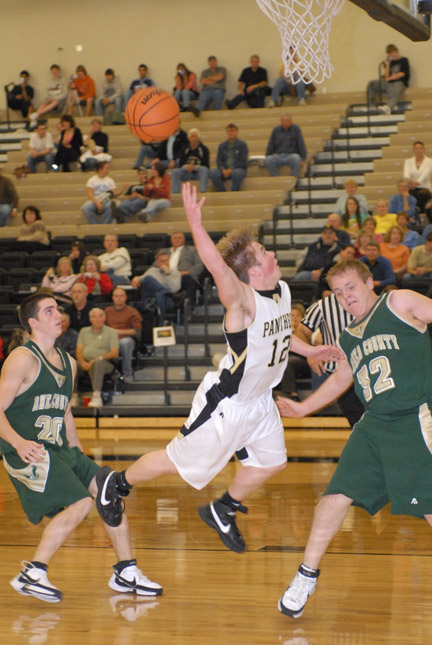 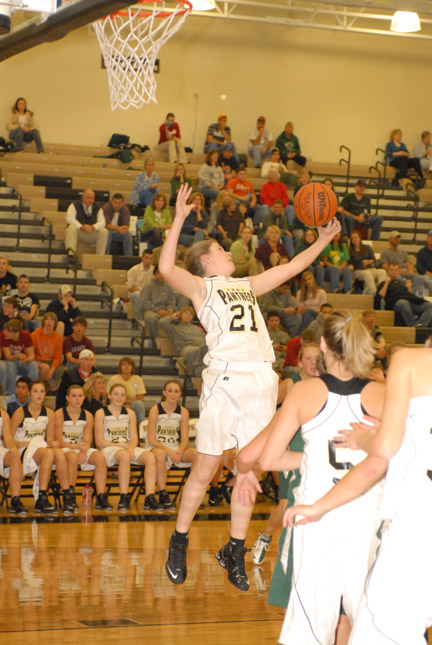 Following a 54-37 victory by the boys’ junior varsity, the varsity squads from Stone Memorial came out blazing and took lopsided wins over the Eagles. Pressure defense again played a big role in the Lady Panthers’ contest as the visitors had trouble getting the ball up the court against the speed and quickness of Stone as the host squad built an insurmountable 48-9 halftime lead. That lead grew to a 45 point margin after three quarters and the final score was 70-32. The margin of victory let Coach Tim Smith give playing time to all his players and 11 of them made it into the scoring column led by Lindsey Smith’s 13 and Kelli Keck’s 11. Other scorers were Leslie Brown and Destiny Dishman with nine each, Kristen Roark eight, Brittany Eller seven, Chelsey Brown six, Whitleigh Sherrill three, Erin Keyes two and Brittney Green and Emily Scarborough scored one point each. In the boys’ contest Will Ballard and Taylor Kiser shared scoring honors with 14 points apiece in the 72-42 victory over the Golden Eagles. The Panthers of Coach Mike Buck led by only seven points at halftime but a big 30-point third period resulted in a 54-30 margin. Kiser scored 10 of his points in the decisive third quarter and Bradley Sherrill contributed seven in that period. The Panthers’ second half scoring exactly doubled that of the first two periods. Other scorers were Cameron Fox with 10, Zack Sherrill seven, Tyler Crowder six, Mason Fox four and Dustin Melton, Tavius Barnes and Trey Hollingsworth each contributed two points in the win. These same three teams will host Scott County on Friday evening beginning at 4. SMHS will host the varsity teams from Cumberland County High School Tuesday beginning at 6 p.m., before traveling to Rhea County on Dec. 10 and to Loudon on Dec. 11.