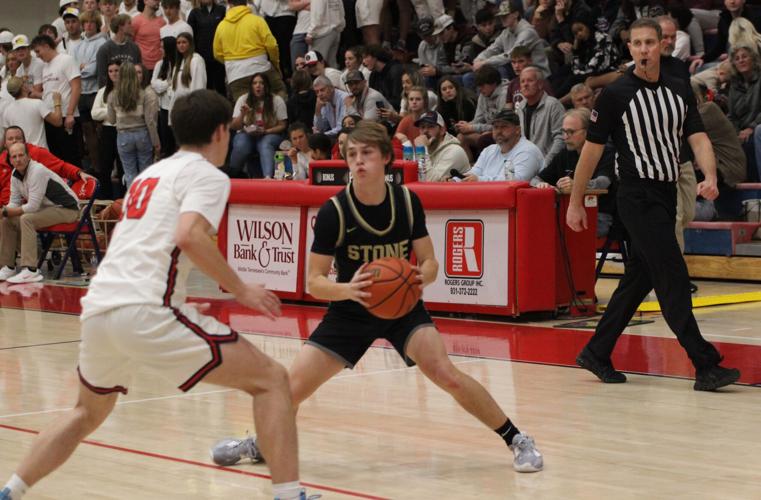 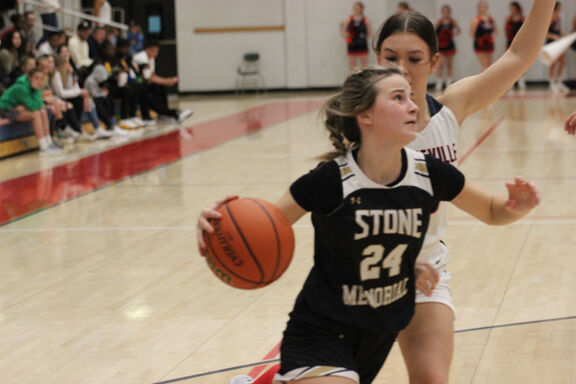 The Panthers rushed out to a big lead in the second game of the night only to see the Cavaliers come roaring back in the fourth period.  Stone Memorial got some big points late from Matthew Bilbrey and Connor Bowman to help the Panthers hold on for the 65-57 win. SMHS lost the girls’ contest, 66-21.

In the final game of the night, the Panthers came clawing out of the box and roared to a big lead early, holding an advantage as big as 20 points at one time during the game.

“Cookeville is a really good team,” said Stone Memorial coach Neil Capps. “There is a lot of pride in Putnam County and Cookeville High School, and they’re going to play hard for 32 minutes. They’re going to compete, and we knew it would be a battle. I loved our effort tonight, and I thought we defended very well tonight.

“We had some time during the last four minutes tonight where we didn’t do the little things. We didn’t contest, we didn’t box out. It was a lot of little things, but those are things that are controllable and things we can fix.”

Jaren Davis, who led Cookeville in scoring with 18 points, sparked a surge by the Cavaliers, but it was too little too late.  Cade Capps and Brady Lane helped keep the Panthers ahead and guided Stone to the win.

“We had a really balanced night on offense,” coach Capps said. “Jayden Eldridge had six points, Preston Mayberry had a big 3-pointer. We had a really good mixture of guys that made baskets tonight in timely crucial situations, and that makes us dangerous when we can get a balanced scoring sheet like that.”

Stone girls get behind early

“Coming into this game, our whole conversation was about toughness and competitive spirit, and how you’ve got to trust each other. But, none of that worked,” Stone Memorial coach Mike Buck said. “We didn’t have a competitive spirit about us. We weren’t getting on the right spots at the offensive end of the floor.

“We're a very young team, but there is no excuse for not playing with a competitive spirit and or great effort. I think that is a choice. I told them we could come down here and lose, and I still would have been proud of you because you competed.”

“This will be filed away for us, that if we don’t play for one another and show up for one another, bad things can happen,” Buck said. “This is a young talented team. When you get into the heat of battle, it exposes a little bit of character, qualities that allow you to focus and get done what you’re supposed to get done.

“Cookeville is good, but this game isn’t anything like how we’re capable of playing the game. I see they’re better than this and they need to start believing it. We’ve got to learn from this.”

Stone Memorial will battle Meigs County Friday in the first round of the Cumberland County Thanksgiving Classic. The girls’ game will be at 3 p.m. with the boys playing at 4:30 p.m.