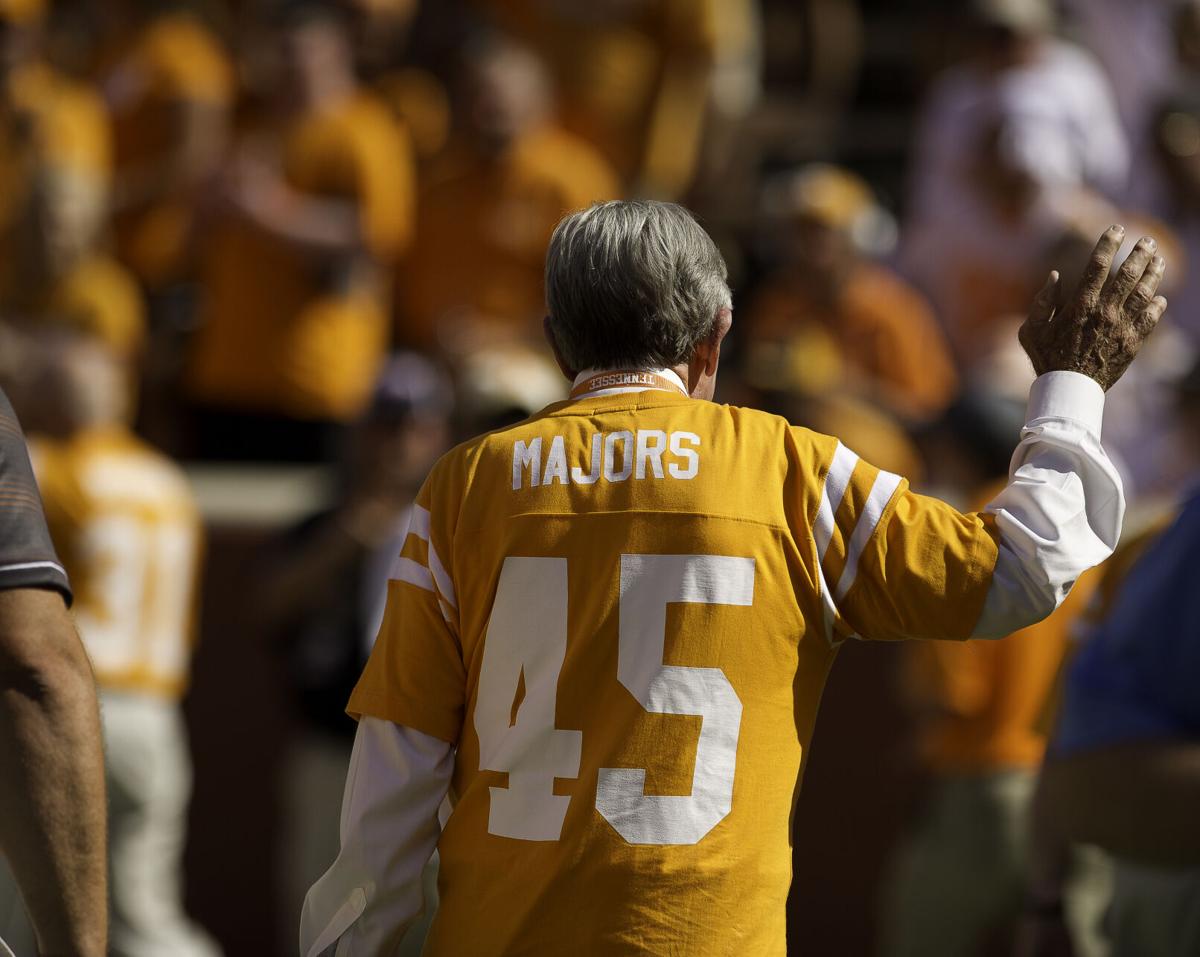 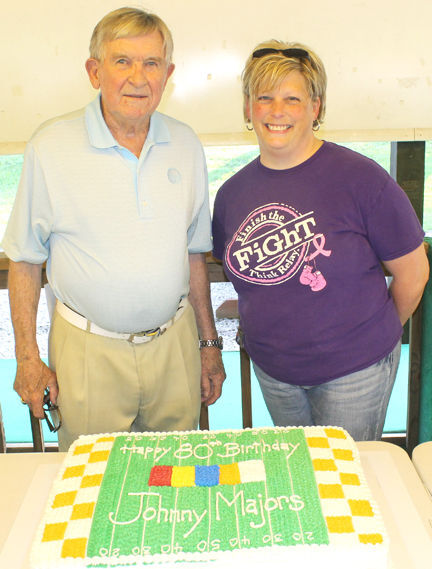 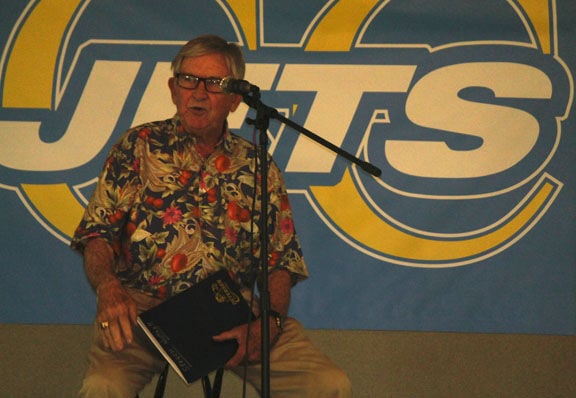 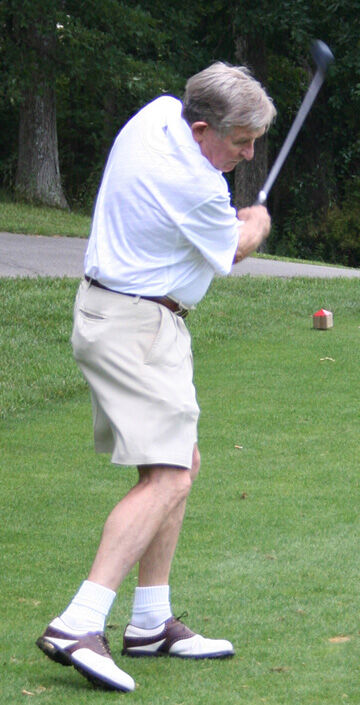 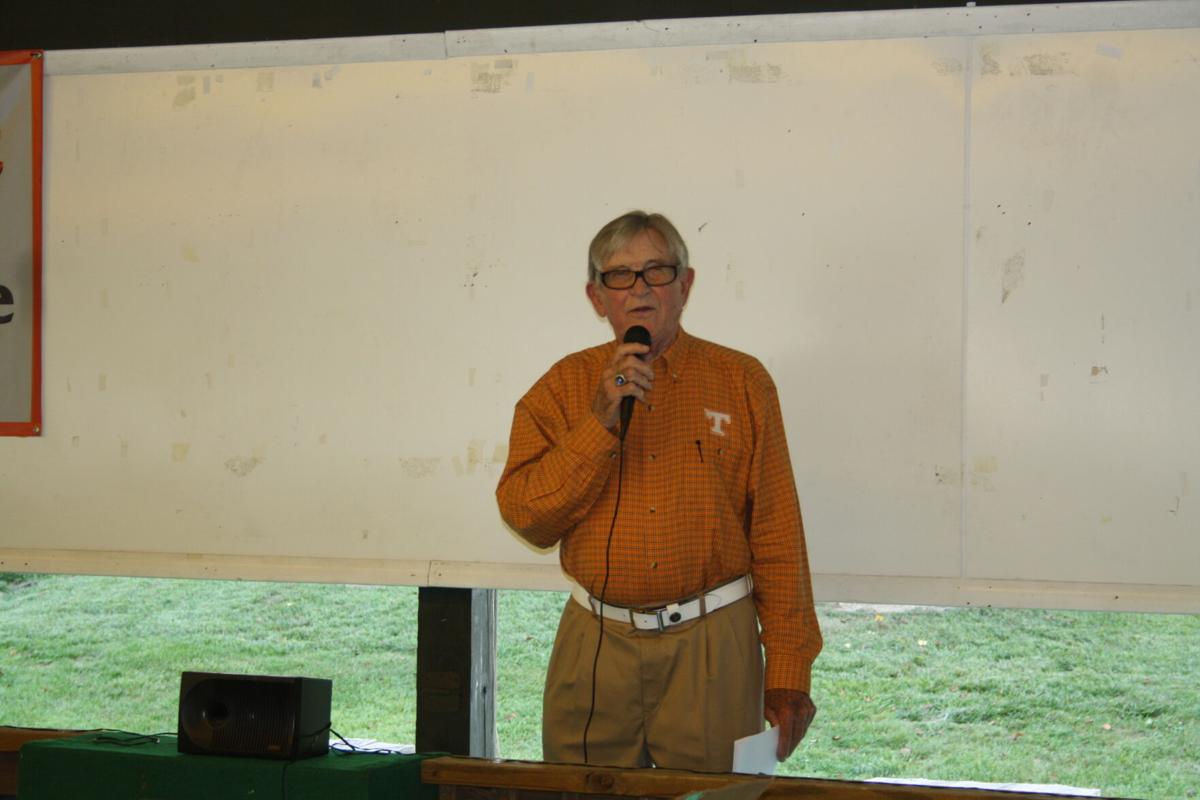 Tennessee football legend Johnny Majors passed away early Wednesday in Knoxville. He was 85.

A 1987 inductee of the National Football Foundation and College Football Hall of Fame, John Terrill (Johnny) Majors played for the Volunteers from 1954-’56 and later served as Tennessee’s head football coach from 1977-’92.

Majors’ collegiate playing career alone places his among the pantheon of Tennessee’s all-time greats. His No. 45 was retired by his alma mater in 2012 — one of only eight to earn that distinction.

“You could see how much he cared for his players, coaches and friends,” said Lake Tansi head golf professional Gavin Darbyshire. “His tournament was a nice, family-type affair. I appreciated watching it all happen, and I was very impressed with meeting coach.”

Majors’ love of the state wasn’t limited to sports.

“He had other interests besides football,” Darbyshire said. “My first year here, he took his wife to Sgt. York’s home in Pall Mall. He had a great interest in history in Tennessee.”

A native of Lynchburg and a graduate of Huntland High School, Majors finished his Tennessee playing career with 1,622 rushing yards and 15 touchdowns on 387 carries while also completing 54.1 percent of his passes (80 for 148) for 1,135 yards and 11 scores. He rushed for 549 yards and seven touchdowns on 108 carries in 1956.

Tennessee was 20-10-1 during his time as a Vol. Majors returned 36 punts for a 12.2-yard average and one touchdown in his career along with 15 kickoff returns for a 22.9-yard average. Majors also intercepted two passes at Tennessee and punted 83 times for a 39.1-yard average.

He earned both SEC Player of the Year honors and an All-SEC selection at tailback twice, in 1955 and 1956. A unanimous All-American under coach Bowden Wyatt in 1956, he finished second in the Heisman Trophy balloting after leading the Vols to a 10-1 record, an appearance in the Sugar Bowl and a final national ranking of No. 2.

Majors was named to the Quarter-Century All-SEC team (1950-74) at running back.

When his Tennessee playing career ended, he ranked in the SEC’s all-time top 10 in total offense (2,757) and rushing (1,622) and was the league’s single-season record holder for completion percentage (61.0 percent in 1956).

The 1957 UT College of Education graduate was selected as Tennessee’s SEC Football Legend in 2002.

“I didn’t know I was a legend,” Majors said at that time. “Whatever my biography may say is good, I know why it happened … I had great support from home, unconditional love from my parents, my siblings, my wife, Mary Lynn, and children.

“I had exceptional coaching as a player from my father, Shirley Majors, and from Harvey Robinson and Bowden Wyatt, and their staffs. No man could have had a better mother than I did in Elizabeth Majors.

“I had special teammates who were helpful in me being as effective as I might have been. I had no excuses to fail based on the people I just mentioned whatever favorable accomplishments there might have been. I’m not the one to judge that.”

Majors was an assistant coach at Tennessee and Mississippi State before beginning a head coaching career that saw him rebuild programs at Iowa State, Pittsburgh, Tennessee and back to Pittsburgh. He won a national championship at Pitt in 1976. Majors finished with a record of 185-137-10 in 29 seasons of coaching.

Twenty-one years after his playing days were over, Majors came marching home to rebuild Tennessee’s football fortunes, much the way he did at Iowa State and Pittsburgh, and the results indicated that the coaches’ son from Huntland (Franklin County) had not lost his touch. He was 116-62-6 as head coach at Tennessee, with three conference championships (1985, 1989 and 1990) and 12 bowl appearances. He produced 15 All-America selections.

His 1991 Tennessee team came back from what appeared to be certain defeat in 1991 at Notre Dame, rallying from a 31-7 halftime deficit to take a 35-34 decision. His 1985 team defeated Miami in the Sugar Bowl, 35-7, a game Vol fans remember fondly to this day.

“I can safely say that playing for Johnny Majors was one of the greatest experiences of my life,” VFL and NFL television analyst Charles Davis, a member of UT’s 1985 team, said. “I have literally thought about him in some form or fashion every single day of my life since the first day I got to Tennessee. You’ll never be able to say the word ‘Tennessee’ without the name ‘Majors’ coming up very quickly in your mind. He is Tennessee and Tennessee is him.”

Tennessee Director of Athletics Phillip Fulmer was an assistant coach on Majors’ UT staff from 1980-92.

“It’s a sad day,” Fulmer said. “He gave many of us coaches our start in big-time college football. He mentored us, pushed us and allowed us to be part of the proud resurgence of Tennessee football. He touched and changed many lives for the good, and our thoughts are with his family, former players and great fans who are remembering him today.”

Majors’ tie to Cumberland County is a key piece to the area’s relationship with the university.

“There’s been a long connection with Lake Tansi Village and Tennessee,” Darbyshire added. “It is so nice to be a part of the Tennessee family, even though we’re a little spaced apart from Knoxville.”

Graveside services for Lance Reed Holland, 49, of the Bloomington Springs community, were held on Wednesday, July 15, at noon at the Stallion/Stalliongs Family Cemetery. Mr. Holland passed away on Thursday, July 9, 2020, at his residence. Lance was of the Baptist faith. He worked in the auto…

Lula Mae Rice, 88, of Smith Chapel, TN, passed away on Friday, July 10, 2020, at the Cookeville Regional Medical Center. She was born in Pleasant Hill and was a homemaker. Funeral services will be held on Tuesday, July 14, at 4 p.m. at the Smith Chapel Freewill Baptist Church in Sparta. Buri…