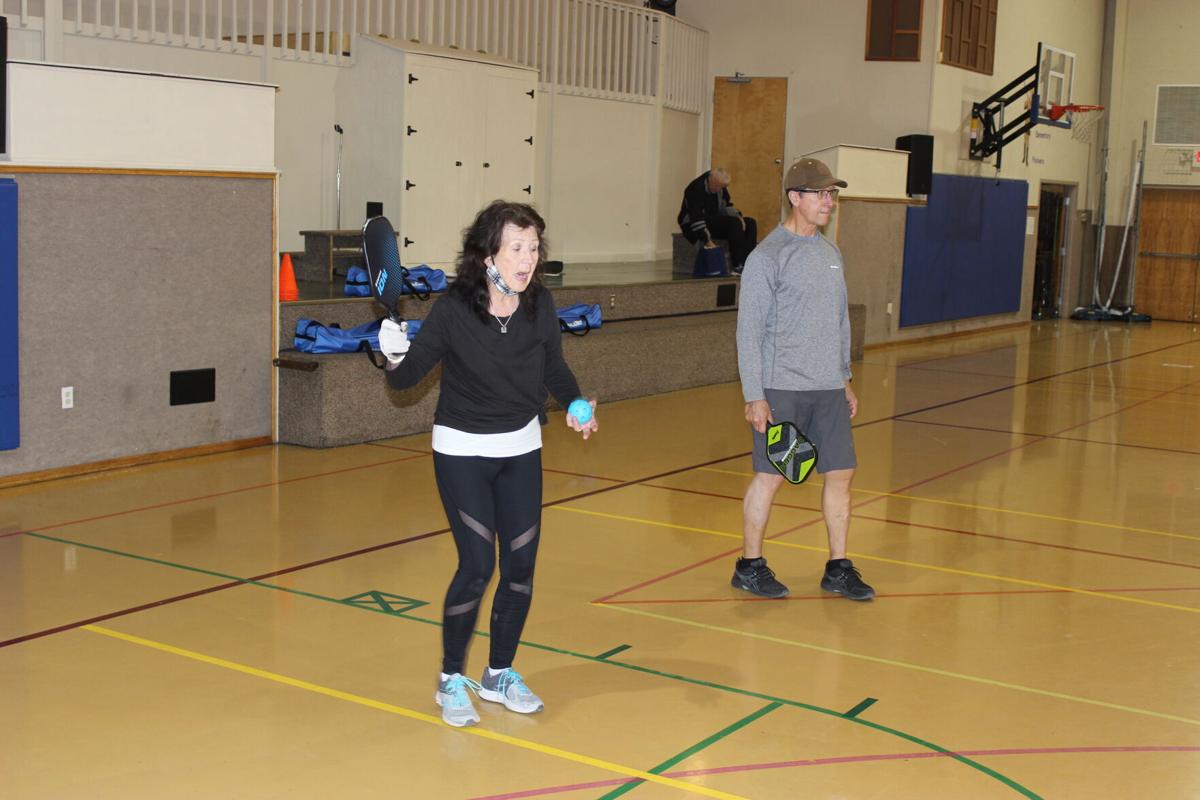 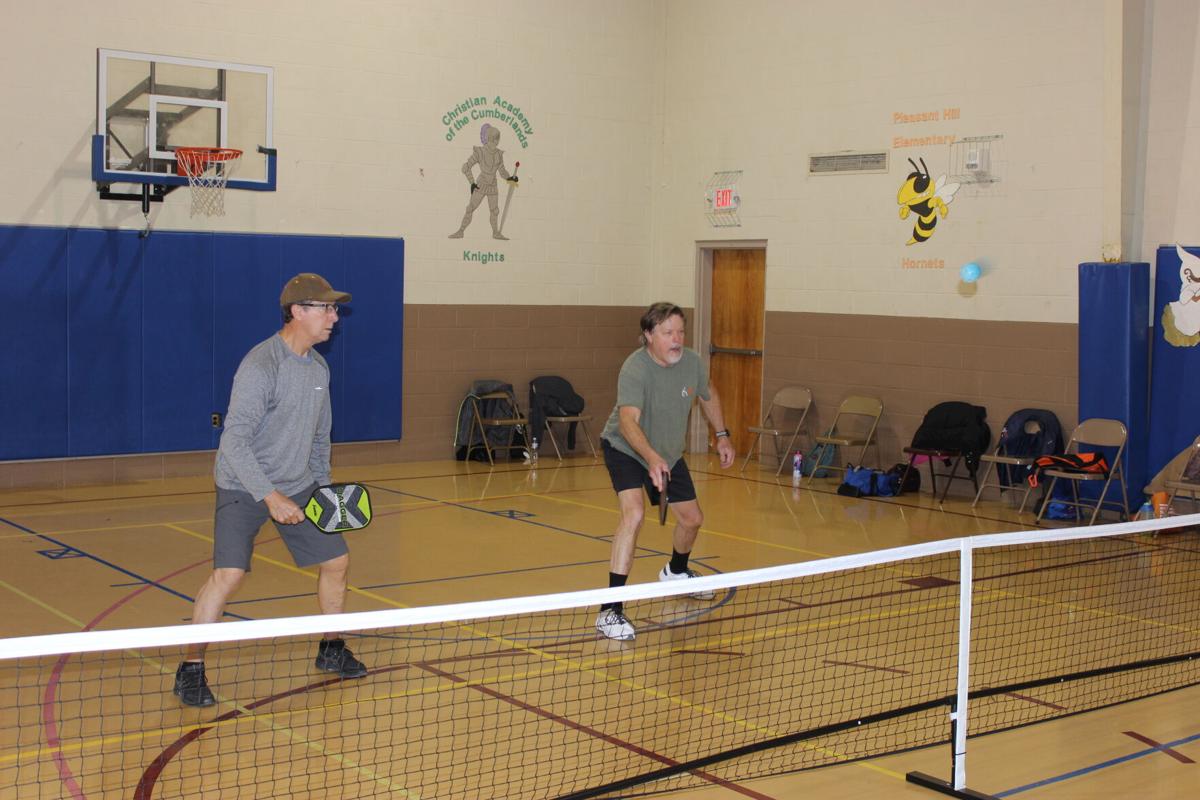 Pickleball, a sport that started in a Washington backyard nearly 60 years ago and was named after the pickle boat in crew where oarsmen were chosen from the leftovers of other boats, has been a smashing success. It’s supplanted tennis as the go-to racquet activity and is one of the fastest-growing sports in the country.

Its popularity is evident in Cumberland County, where the courts barely go up fast enough to keep pace with the demand.

The game is played on a court measuring 20 feet by 44 feet and features singles and doubles from skill level 2.0 to 5.0. The net is 36 inches high on both ends and 34 inches at the center. Games are to 11 with a two-point advantage, and points can only be scored by the server.  The ball is made of a lighter plastic than a whiffle ball and has drilled-in holes. Paddles, a cross between a tennis racket and Ping-Pong paddle in size and once made solely of wood, are now primarily made of lightweight composite materials, including aluminum and graphite. As in tennis, players must hit the ball after the first bounce or take it out of the air.

Jennifer King, recreation director for Lake Tansi, said the board of directors approved the change, which will be done at a cost of $16,000 and take an estimated two weeks to complete.

“We noticed we have more people playing pickleball than tennis,” King said. “Residents who were going elsewhere to play said they wished they had pickleball courts closer to home. My husband and I play it. It’s a lot of fun.”

King said additional courts are on the radar, but not in the near future.

“I really enjoy it,” said Shanks, who plays strictly doubles. “It’s easier on the body than tennis and is a game of patience where a point can last 30 or 40 shots. If you’re impatient, you’ll typically lose the point. It’s not a hard-hitting game. There’s a lot of strategy and finesse. You don’t have to be overly athletic.”

Shanks said pickleball is easier to learn than tennis and table tennis and allows four people with similar ability to match up and have fun.

Chuck Black is a Fairfield Glade resident and one of four ambassadors for USA Pickleball in the Upper Cumberland Plateau area.

Addressing City Council last September, Black said he wants to turn the county into the pickleball capital of Tennessee. The benefits of the sport, he noted, are improved health, social interaction and holding tournaments.

“A tournament could bring in 400 to 500 people for several days,” Black told the council.

“Those are the players we know about and can quantify,” Black said. “The number of players is even higher.”

In spring and summer, Black noted, the courts are maxed out. Help is on the way, as the planned Crossville recreation center will feature pickleball courts.

William Taylor has been the director of racquet sports at Fairfield Glade for a dozen years. He teaches tennis and pickleball. Taylor’s watched eight permanent outdoor pickleball courts and four indoor courts added since 2017; there are also three courts at The Center at Fairfield Glade that opened some 10 years ago.

Although a number of Fairfield Glade residents still play tennis, according to Taylor, pickleball is not taking the backcourt to its more established counterpart when it comes to popularity. He noted there’s been an uptick in the number of people blocking playing time online, going from four to five groups to 15 to 20 in the past year or so.

“I’m a tennis player at heart,” Taylor said, “but I enjoy playing pickleball. It’s a good change of pace. There’s a little less movement than in tennis.” He added that you can hit the ball fairly well in pickleball after an hour lesson, while in tennis it takes four or five such sessions; playing fees are slightly higher for non-residents than for residents.

Muffin Liskovec has headed up the lessons for six-plus years. She started out with 8-12 players and went as high as 30 before the pandemic limited it to its current maximum of 12; Liskovec said there’s a waiting list, and she would have over 30 players if the restrictions were lifted.

“Beginners have the most fun,” said Liskovec, noting the average age is 65 and the number of men and women is about equal. “They’re ecstatic when they can hit the ball. They have fun.”

The appeal of pickleball, she said, is less court to cover, short games, the social aspect and an inviting atmosphere.

“There’s something about the game where it’s not as intimidating,” Liskovec said. “People can come here with not that much experience or ability and quickly get better. It tickles me to learn about people doing so well who took my beginner class.”

Additionally, the equipment is minimal and moderately priced. A used paddle goes for $20 to $25, while a new paddle averages between $50 and $60. Liskovec recommends a used paddle for beginners to save money while determining if they want to stick with the sport.