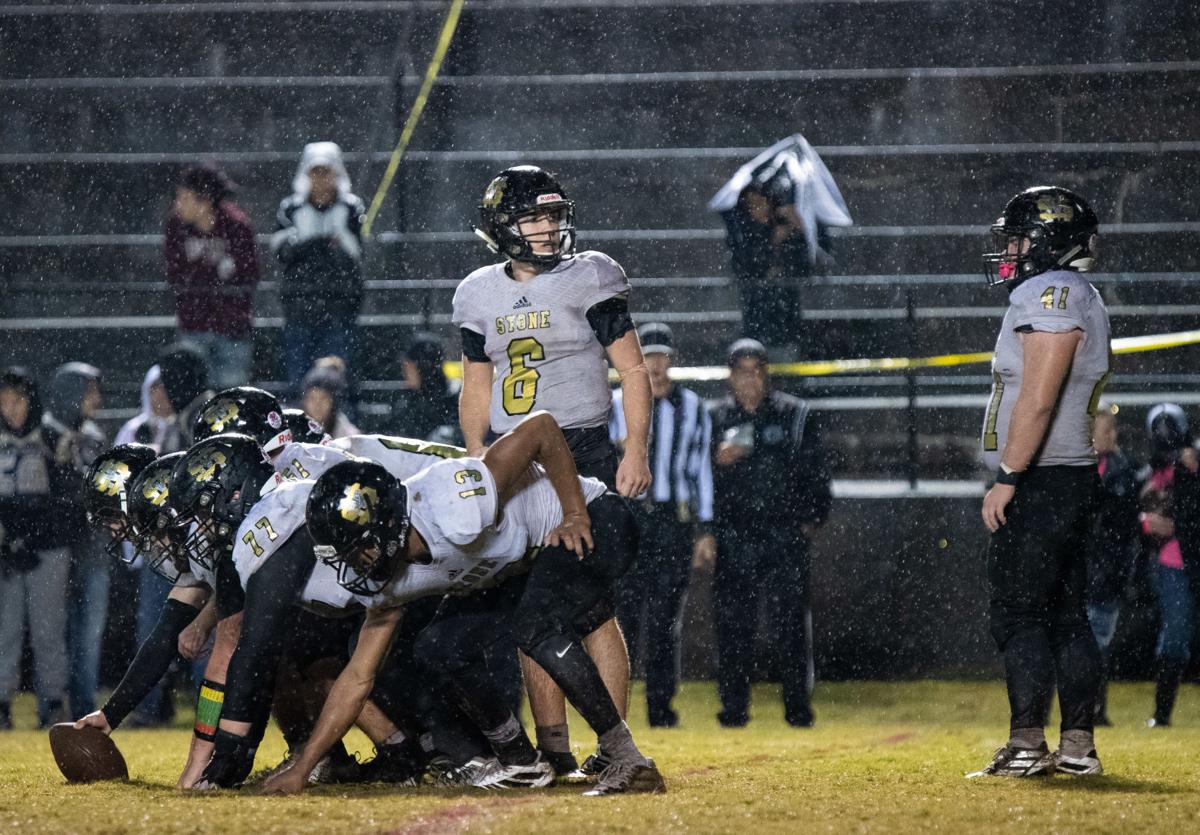 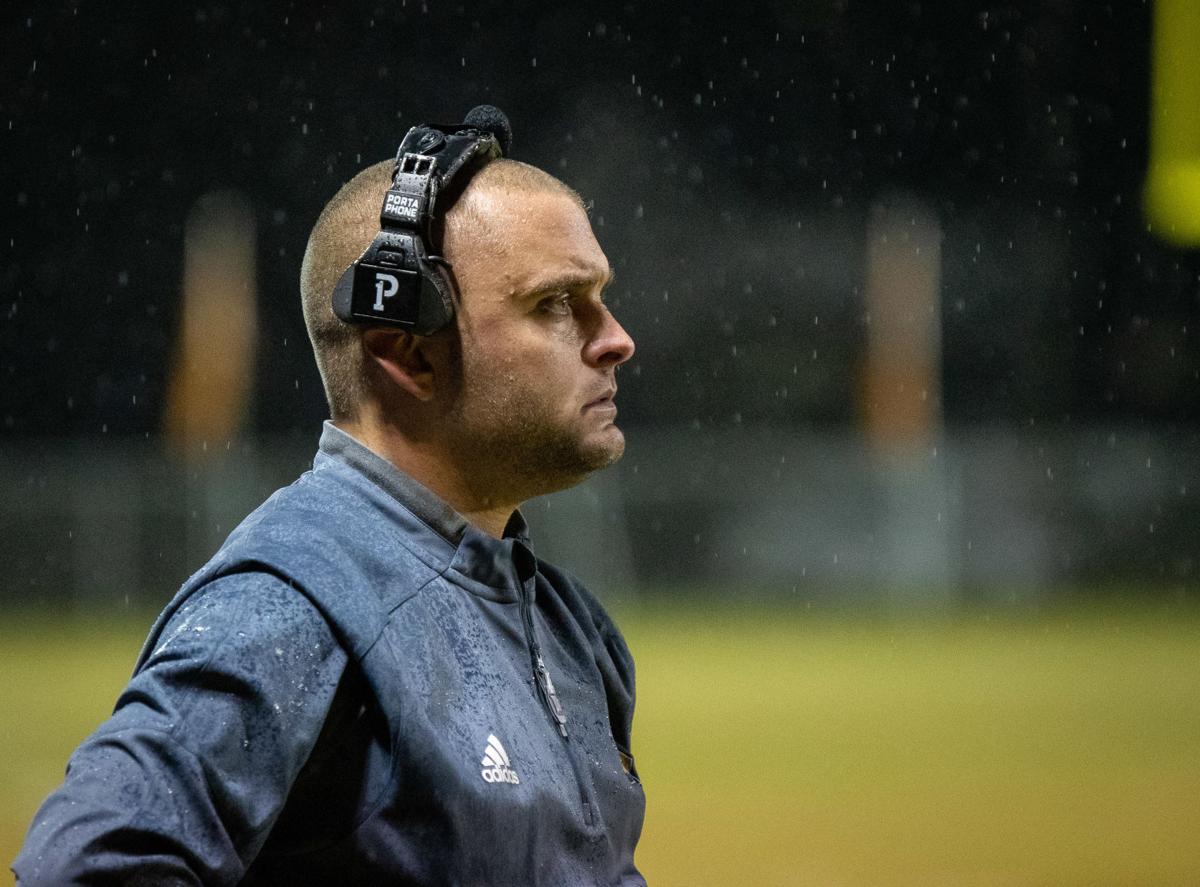 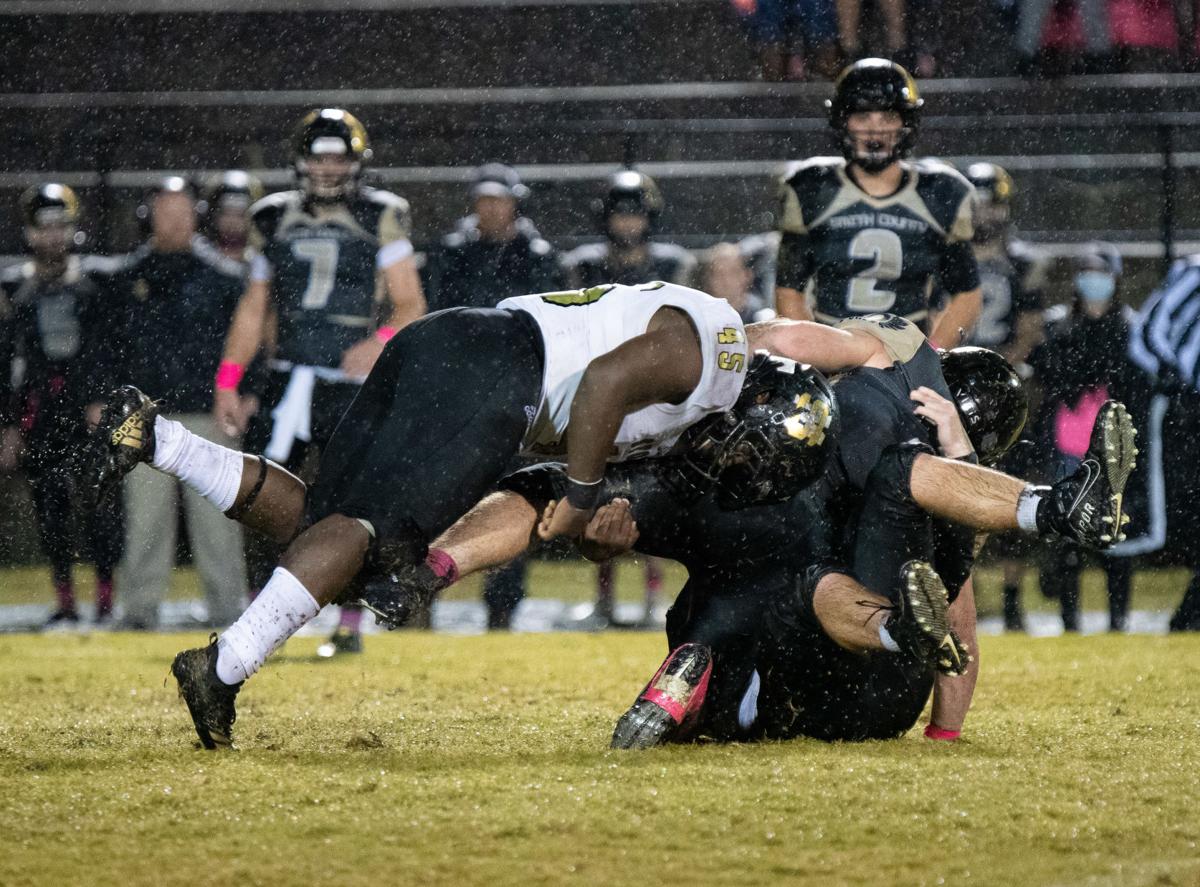 But more than those, Samber love winning, and will do whatever it takes, even if that means lining up in the heavy package for almost the entire second half at Smith County and pounding the football down the field on their way to a 16-13 win against the Owls.

“It was double tight, three-back, hundred-year old World War I offense, but it was physicality and our kids perservered throughout the night,” said Samber.

After falling behind 13-0 at halftime, the Panther offense found itself struggling to move the ball against Smith County.

The answer to their woes came almost as an accident, as a Smith County punt early in the third period pinned Stone Memorial at its own two-yard line, forcing SMHS to go to its heavy formation to get off the goal line.

“We hit a power play, hit a sneak, and hit a power play and it was that all the way down the field,” Samber said. “We wanted to lean on the offensive line. We basically had two plays out of that package: power and quarterback sneak.”

Runs by sophomore quarterback Bryant Carter and senior Cedric Little powered Stone Memorial down to the one-yard line, where Carter pushed into the end zone from one yard out with 23 seconds left in the third period.

Samber and the Panthers couldn’t resist getting tricky on the two-point conversion, as Carter converted for two points on a trick play, making the score 13-8.

Going into the fourth quarter, Stone Memorial trailed 13-8, but held all of the game’s momentum.

The Owls were finally able to gain some traction as they forced an SMHS turnover on downs, but Stone Memorial’s defense shut out Smith County the entire second half, setting up the SMHS offense with a golden chance to score and take the lead.

“Our defense was tremendous,” Samber said. “We didn’t give up a point in the second half. The first half was fluke-stuff. Penalties kept drives alive. We had two big stands that were huge for us.”

Stone Memorial found the end zone again with 5:56 remaining on another one-yard sneak by Carter, this one set up by a big pass to Grant Finley down to the one-yard line.

“That play we put in this week,” Samber said on the pass to Finley.

Following the touchdown, Little converted the two-point conversion to put Stone Memorial ahead 16-13, a lead the defense would hold for the rest of the contest.

“We live in a results-based, instant-reaction culture. Our kids haven’t had positives right out of the gate this season,” Samber said. “We have asked the kids to stay true to what we do. They’ve continued to work, and for them to taste the success, I couldn’t be more proud of them.”

Stone Memorial improved to 3-6 on the season. The Panthers have now won two straight games, and will host Friendship Christian Friday at 7 p.m.