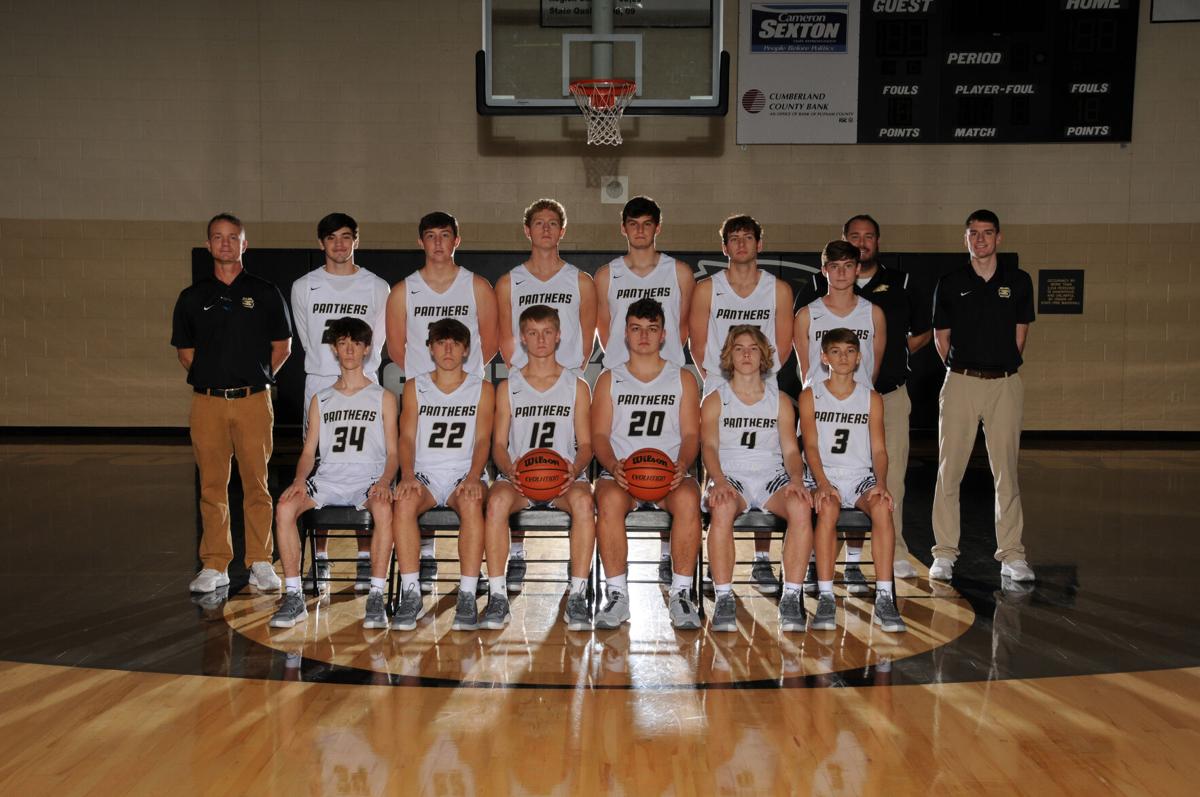 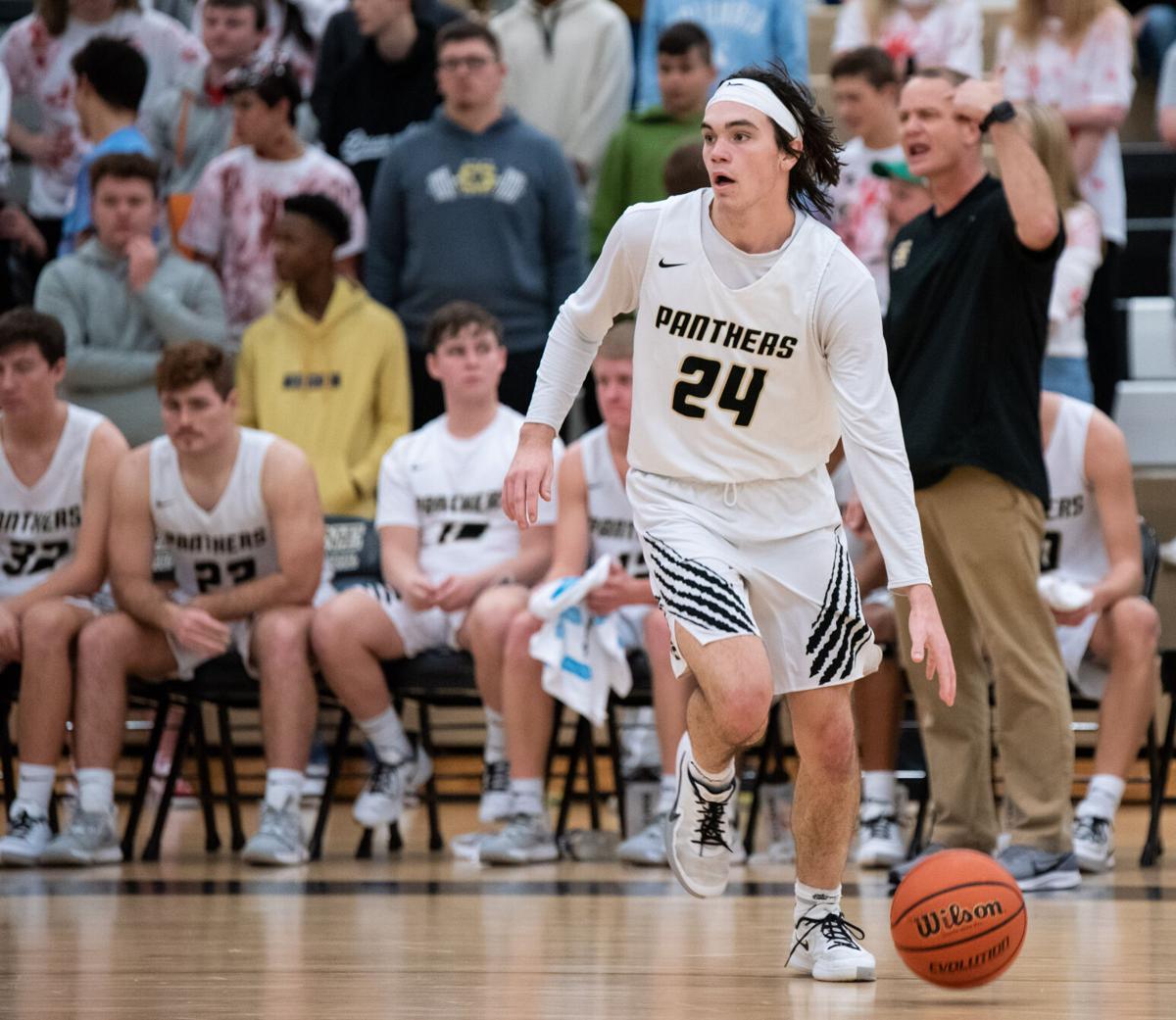 This week’s return to basketball brings a feeling of excitement to the Stone Memorial Panther basketball program, which is looking to build on the success of the past three seasons.

“We’re very excited,” said SMHS head coach Neil Capps. “We’ve got a lot of older guys coming back with a lot of experience. Our younger guys are really meshing in; we’ve got four sophomores and a junior who will have their first varsity time.”

Team chemistry is a priority of Capps and SMHS.

“That’s my job as a coach; to make sure we gel as a team and get everybody on the same page throughout the season,” Capps said. “It’s a marathon, not a sprint.

“We play a tough schedule and will be challenged all year,” he added. “Hopefully that’s what we need to propel us to a good, deep postseason run.”

Stone Memorial went 17-13 a season ago and was defeated in the Region 3AAA semifinals at Bradley Central. SMHS lost two seniors, Zach Street and Nathan Wyatt, from that team.

The Panthers will also be without guard Hunter Wattenbarger, who transferred to Pickett County, and senior Andre Flores, who was injured during football season.

“Andre has been with us for a long time, but he’s in the process of recovering from an ACL surgery,” Capps said. “We’re going to miss him on the floor.”

Returning this season are six seniors, all of whom will contribute and could potentially see the starting lineup depending on matchups.

Four-year starter Jack Eldridge will be key to Stone Memorial’s success in 2020-’21. The 6’1” senior will see action on the perimeter and in the post.

“Jack has a ton of experience; he’s started since he was a freshman and has had a lot of success on a lot of teams,” Capps said. “He’s a part of two district championship teams and was a major contributor on those teams. Now, his role has changed. He’s going to have to start putting the ball in the hole for us.”

Down low, Zach Boyd and Chris Coudriet will be relied on heavily.

“Zach is a 6’5” post, and has made a ton of strides over his career,” Capps said. “He came in as more of a perimeter guy, and last year he really transformed his game as a post player.

“Chris is another big kid with a good midrange,” Capps added. “We really like him playing around the rim.”

Senior forward Riley Day and guards Will Hecker and Kaleb McCoy will all see plenty of action for the Panthers.

“Riley is our lone football player, and he’s got a good IQ,” Capps said. “We haven’t had to refresh his memory on sets or anything. He’s got a lot of confidence out there.

“Will is a tremendous worker and has a great attitude,” Capps added. We’re looking for him to be a big contributor for us.”

Staying away from the injury bug is key for McCoy.

“Our fingers are crossed with Kaleb,” said Capps. “He’s had a ton of potential since he walked in the door, but has been plagued with injuries. So far this year, he’s been pain-free and practicing well.”

Stone Memorial will look to speed up the pace offensively this season.

“We want to get out and run on that primary break,” said Capps. “We’re going to try and score quickly if we can. You can find chinks in the armor early in a possession. If we can’t, we’re going to execute our motion. We’re not going to ‘set’ teams to death. Our motion does a good job of letting our guys go play.”

The Panthers are known for suffocating defense, and Capps hopes this season is no different.

“Defensively, we’re a blue-collar team,” Capps said. “Over the years, we’ve hung our hat on man-to-man. You’ve got to be good guarding the perimeter and post if you’re going to be successful in the game of basketball.

“We’ll throw a few other wrinkles at you, and we’re just going to try and out-work you.”

Capps and the Panthers are looking to return to the top of District 6AAA, a place they’ve been two out of the past three seasons. Setting goals is a key to getting there.

“Goals are something we put a lot of priority on,” Capps said. “Without defined goals, it’s basically trying to hit a balloon with a dart in a tornado. You’re just wandering aimlessly throughout your season.”

Putting together a good regular season will hopefully lead to postseason success.

“Each season, we want to win 20 games,” Capps said. “That’s a strong goal, because you have to do a lot of things right. You can’t take mental breaks out there.

“We want to win the district and district tournament; we’re no different than any other district team,” he added. “It boils down to which team is going to execute, defend, and get timely scores.”

The Panthers will get no breaks this season, as their non-district schedule features Maryville, Science Hill, Cumberland County, Upperman, Siegel and York Institute.

Stone Memorial will also be preparing for an opponent of a different kind; the uncertainty of COVID-19.

“Every team from Bristol to Memphis is going to have to deal with it,” Capps said. “It’ll be a constant barrage of cancelations and postponements. It’s going to be frustrating, and that’s going to be on the coaches to really keep the kids engaged and encouraged.”

Capps credits his staff for keeping his team prepared for the constant changes.

“I’ve got a great coaching staff, and we’re going to work our tails off to keep the kids engaged,” he said. “So far, they’ve been understanding and had a great attitude.

“Having seven seniors won’t guarantee us anything, but I think it’ll definitely help us.”

Stone Memorial relies on experience for 2020-’21