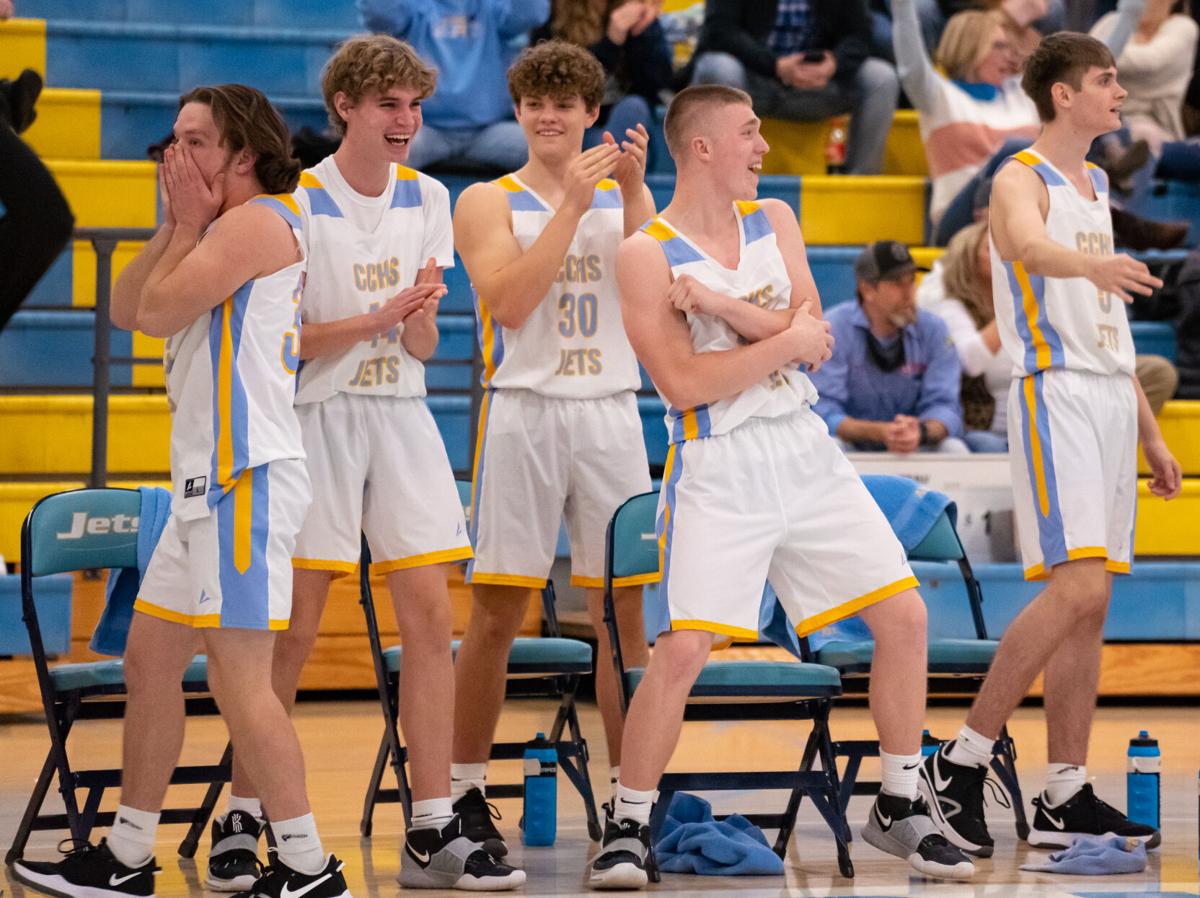 The CCHS bench reacts to a basket in the fourth quarter. 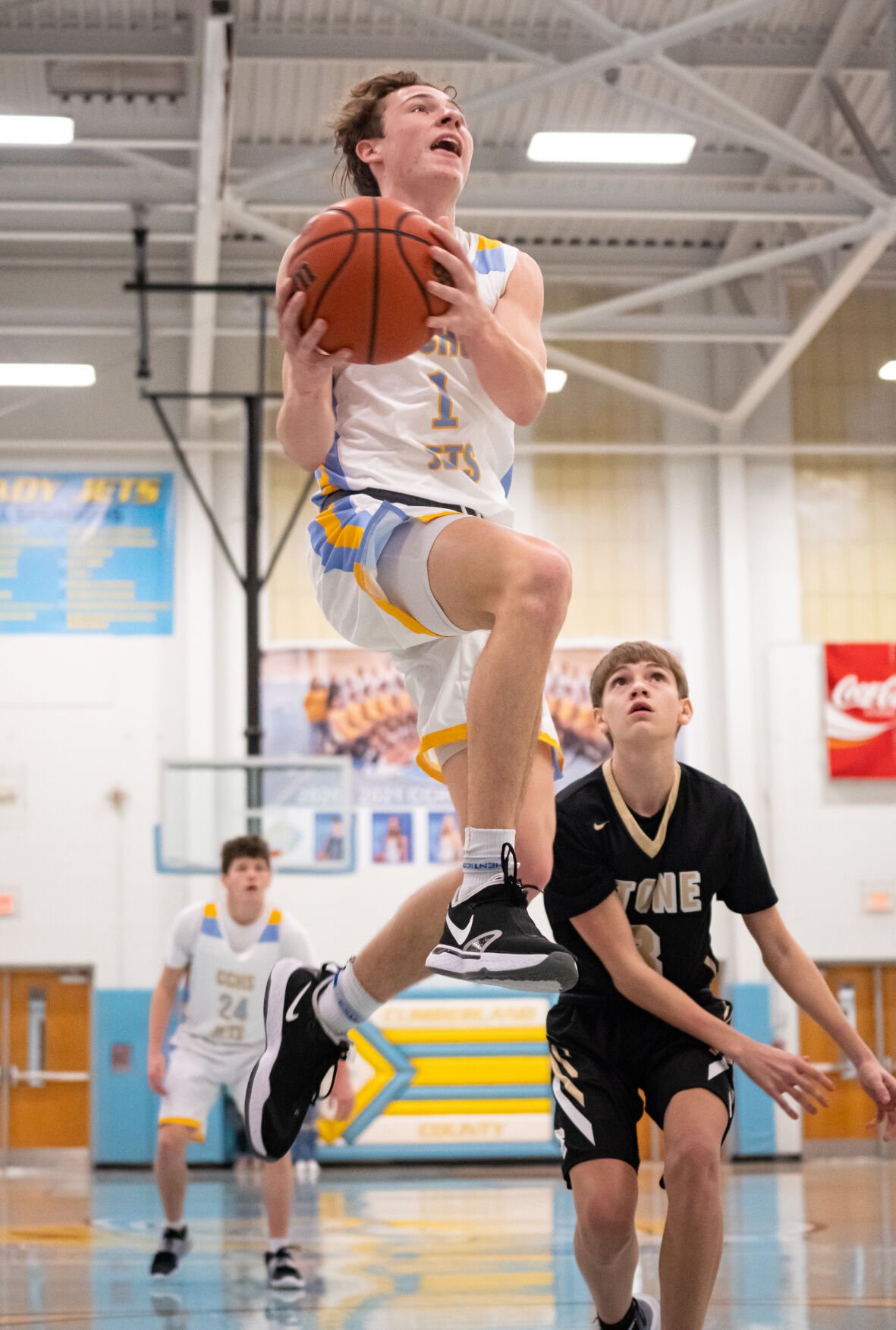 Cumberland County's Jackson Inman rises for two of his 18 points. 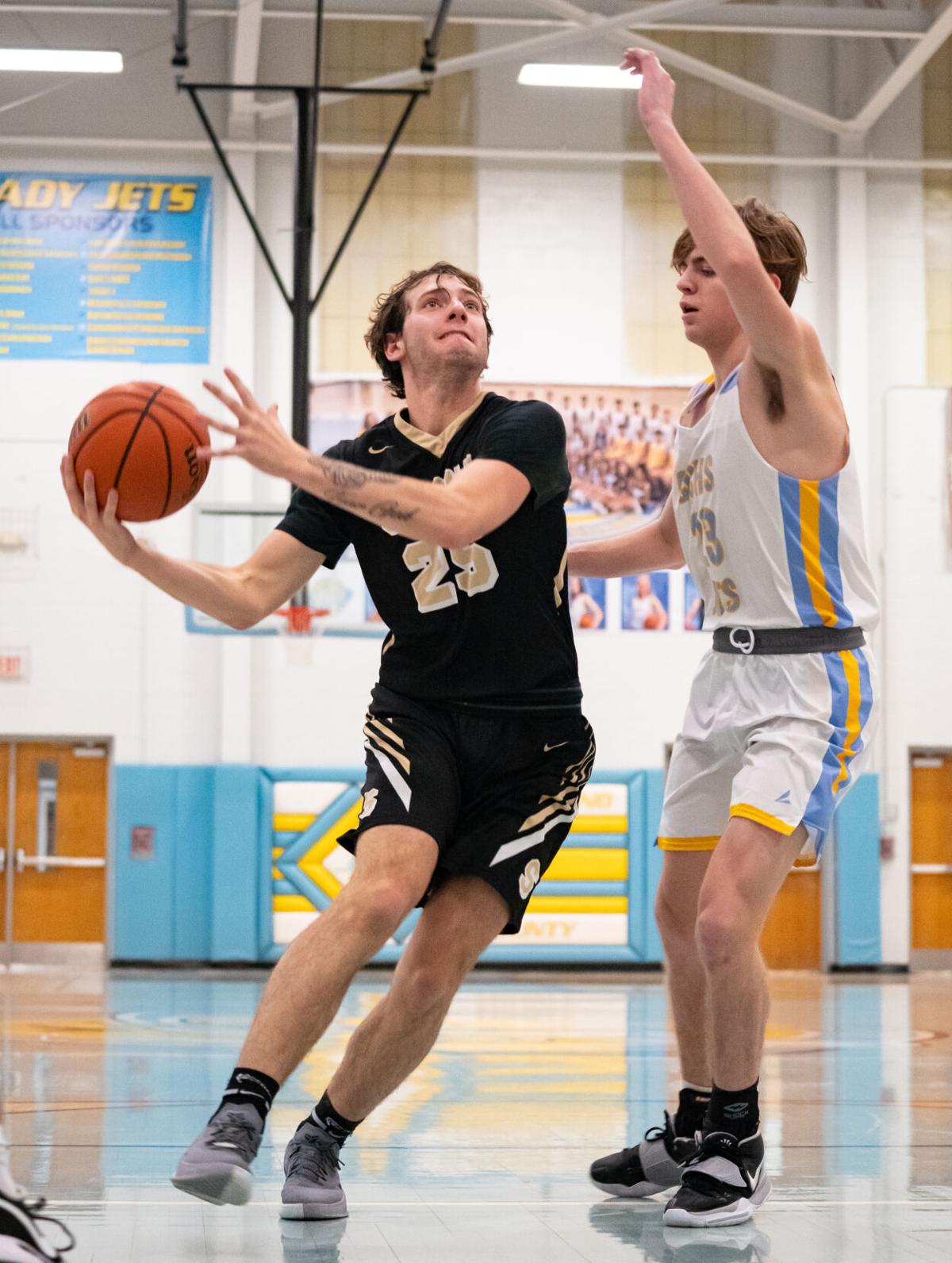 Will Hecker goes up against Carson Conatser. 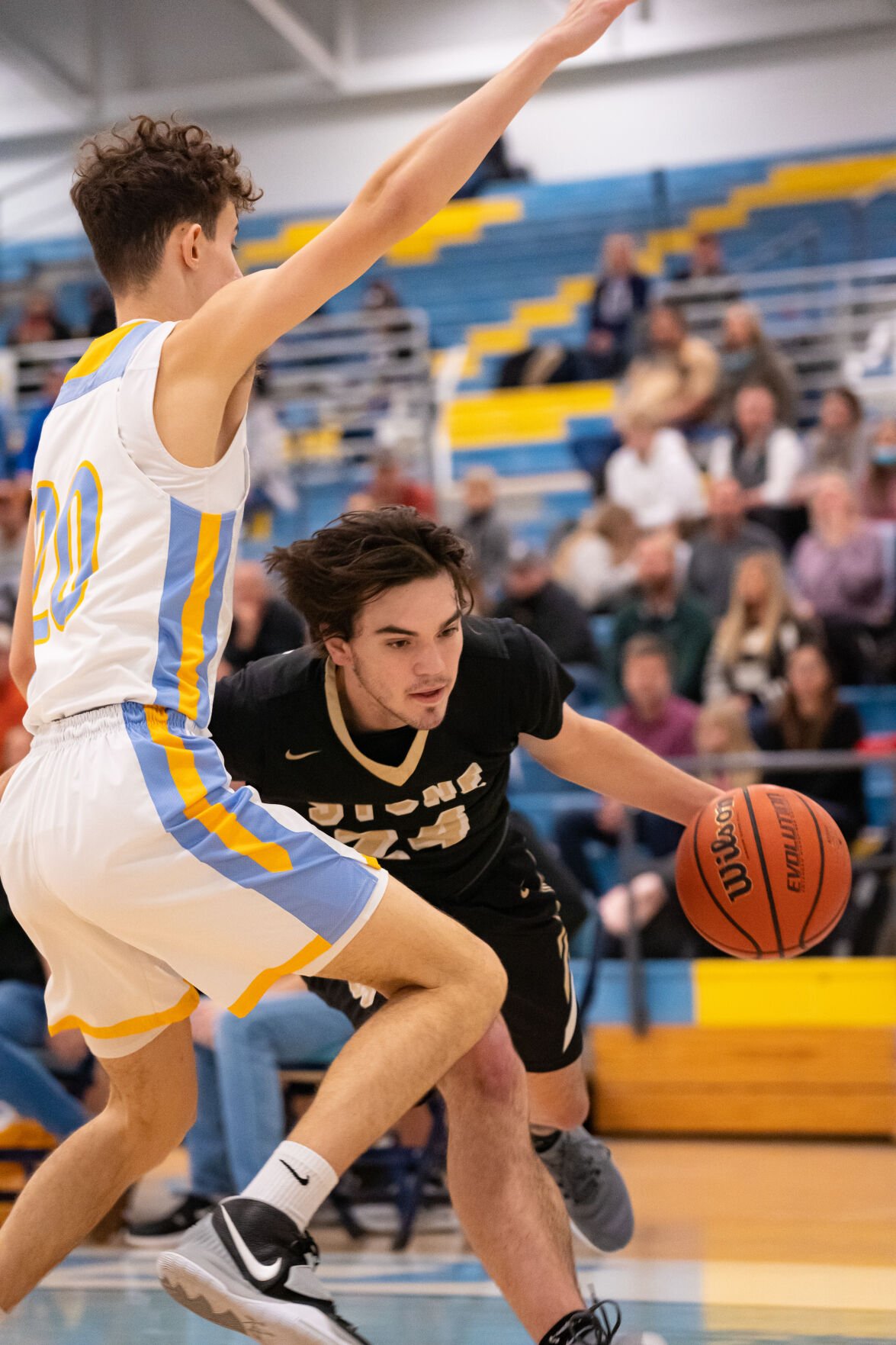 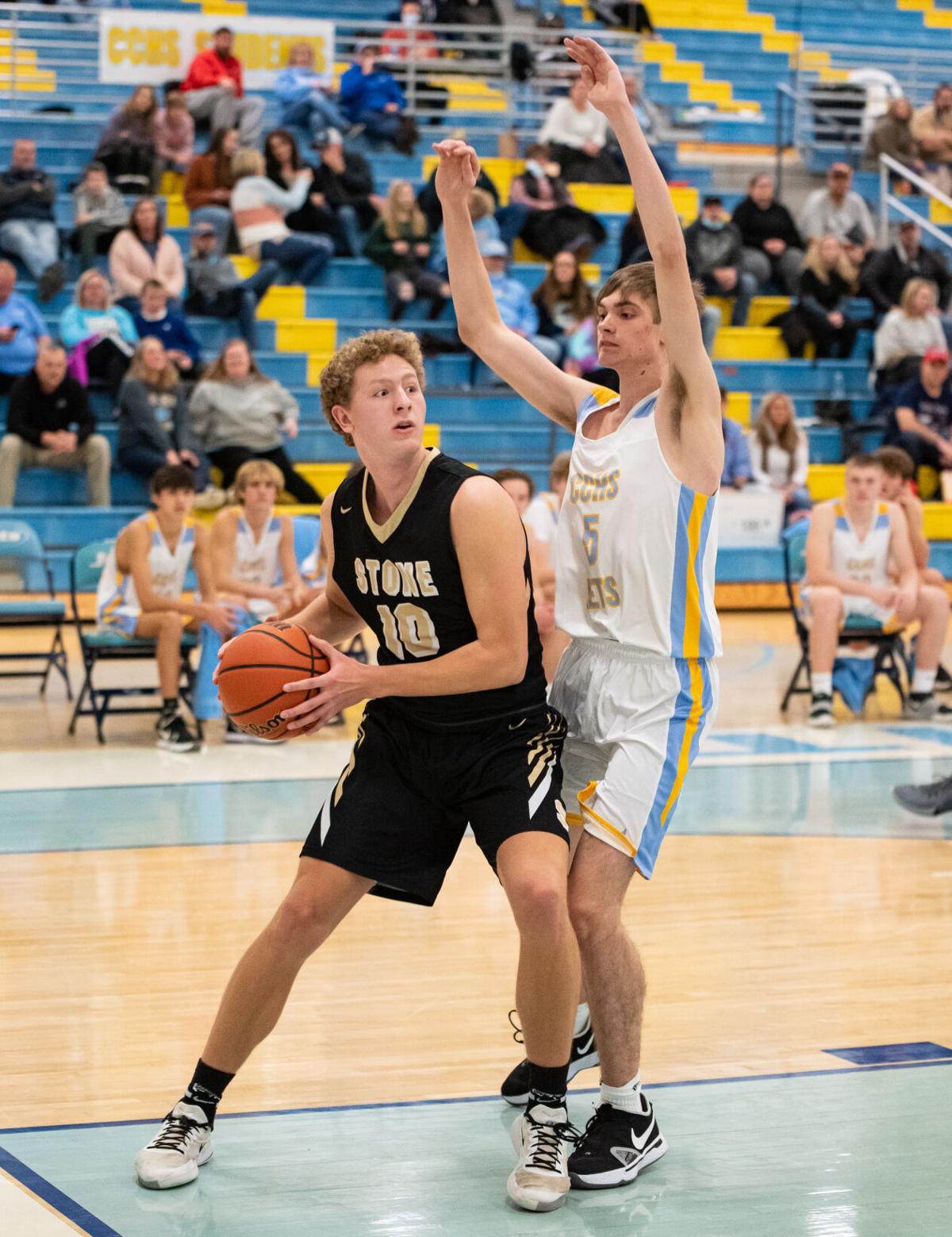 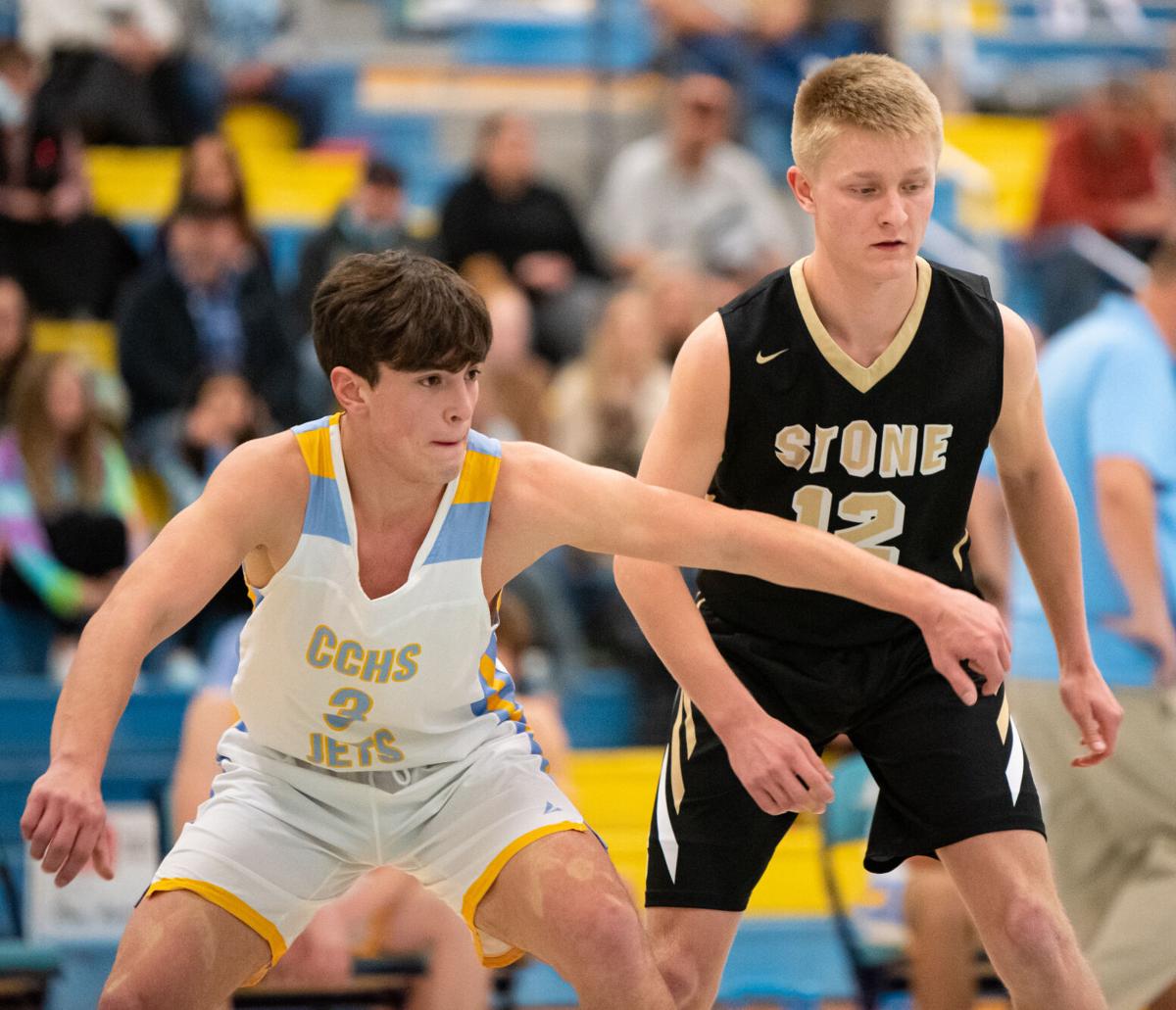 The CCHS bench reacts to a basket in the fourth quarter.

Cumberland County's Jackson Inman rises for two of his 18 points.

Will Hecker goes up against Carson Conatser.

“It feels good for us to play well,” said CCHS head coach Will Foster. “It does make it a little better for the guys since it was against Stone.”

Cumberland County’s Jackson Inman posted a double-double in the win with 18 points, 12 rebounds and three steals.

“Every night, different kids step up,” Foster said. “This was a big bounce-back game for Adam.”

For Stone Memorial, Will Hecker led in scoring with 16 points, four rebounds and three assists.

It was the Panthers who held a slight edge in the early going as they led 19-16 after one period.

In a back-and-forth second period, the Stone Memorial Panthers grew their lead to seven points (30-23) before a late Jet run trimmed the lead to 35-33 at halftime.

Stone Memorial pushed their lead back out to seven points (43-36) in the third period and led 47-41 going into the fourth period.

After the Panthers scored the first basket of the fourth, Cumberland County stormed back on a 16-0 run midway through the quarter to take a 57-49 lead over SMHS.

It was Inman who hit the go-ahead three-pointer for the Jets to give them a 50-49 lead, one that they would not relinquish the rest of the game.

“The boys played well, and didn’t lose their confidence,” said Foster. “That’s a great feeling for a coach. I’m proud of the way the boys kept themselves in the game.”

Cumberland County outscored Stone Memorial 30-15 in the fourth period to win by a final score of 71-62.

“I’m pleased with how we handled things down the stretch,” Foster said. “We made our free throws did the things we’re supposed to do to win.”

The Jets improve to 6-9 overall and have won two consecutive games. Defeating Stone Memorial is a major stepping stone for CCHS.

“Stone is a good team,” Foster said on building confidence. “Those kids play hard. It’s good for our confidence to beat a good-quality team. It should help us for our trip to Grundy County on Friday.”

The Jets are off Tuesday and return to District 7AA action on Friday against Grundy County. The Yellow Jackets are the only District 7AA foe to defeat CCHS in three seasons.

For Stone Memorial, the Panthers drop to 3-7 overall and begin District 6AAA play this Tuesday at Rhea County.

Stone Memorial and Cumberland County met on the hardwood for the second time this season Friday night, and both matchups went down to the wire.