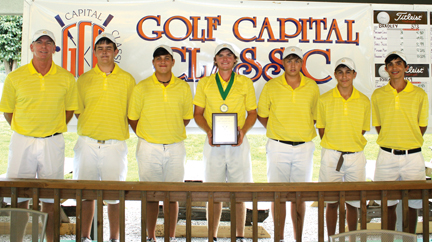 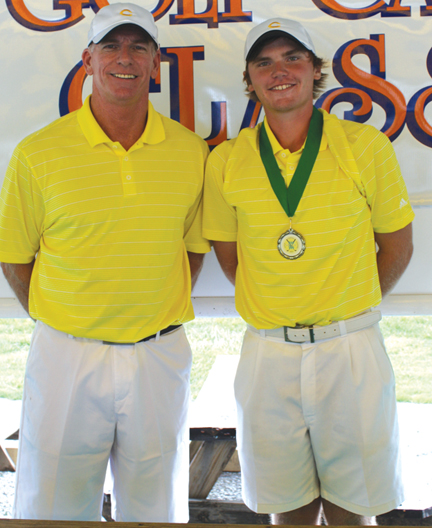 Coach Randy Herring, left, is with second medalist Logan Stewart, who has committed with Limestone College in Gaffney, S.C.

Coach Randy Herring, left, is with second medalist Logan Stewart, who has committed with Limestone College in Gaffney, S.C.

"I'm proud of our team effort today. We played better. Cookeville and Warren County are clearly the two best teams in our district.  Our goal is to be that third team that makes the region from our district.  It's wide open between Rhea County, White County, Stone and CCHS. Logan was up and down early but really settled down an shot even  on the back. Jordan played very steady.  D J and Andrew really helped us out today.  If those two continue to post good scores we will have a chance to compete,"  stated Coach Randy Herring.

Robert Agee of Cookeville was medalist with a 74, while Stewart was second with a 75. Three other players tied with 76s.

Conner Cabrara had closest to the pin on No. 3, and Agee was closest on No. 15. Cody Housely won longest drive on No. 16.