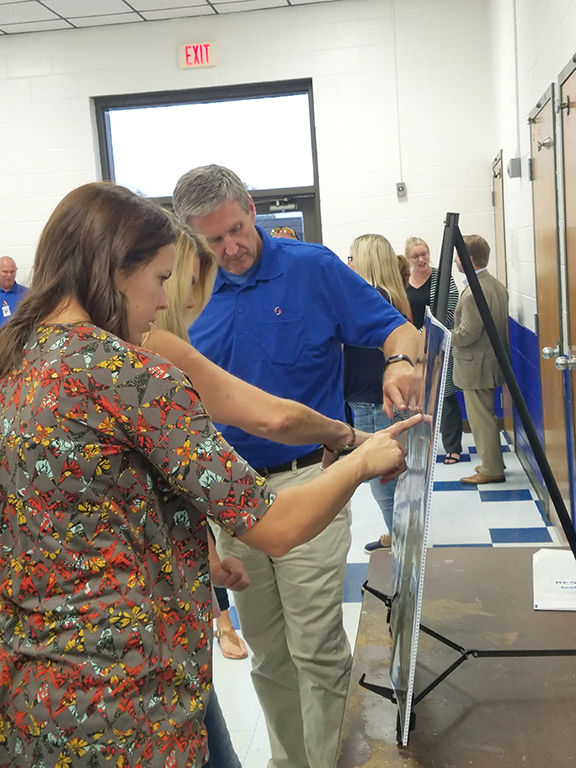 Residents review a map of the proposed project to include residences and businesses north of Interstate 40 from the Bowman Loop area west toward the Plateau Rd. area. About 1,600 potential customers would be served by the project. 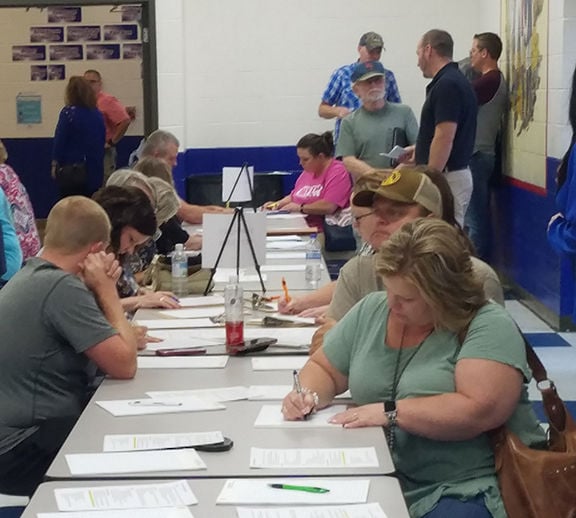 Individuals living in the proposed project area complete surveys regarding the internet service currently available to their home and write letters detailing how lack of service impacts their daily lives.

Residents review a map of the proposed project to include residences and businesses north of Interstate 40 from the Bowman Loop area west toward the Plateau Rd. area. About 1,600 potential customers would be served by the project.

Individuals living in the proposed project area complete surveys regarding the internet service currently available to their home and write letters detailing how lack of service impacts their daily lives.

A local internet provider hopes a state grant program will allow it to expand high-speed internet service to 1,600 potential customers.

Ben Lomand Telephone is seeking a $2 million grant through the Tennessee Broadband Accessibility Grant for its subsidiary VolFirst, which serves portions of Cumberland County.

“We have been looking to grow our service area in Cumberland County,” said Lisa Cope, general manager and CEO of the telephone cooperative.

The company is looking to their potential customers for help.

“We’re trying to convey the story of Cumberland County and the difficulties you face by not having reliable high-speed broadband,” said Jennifer Gillium with Ben Lomand during a public meeting Tuesday at North Cumberland Elementary School.

The company sent letters to all residents in the proposed project area that included a link to fill out an online survey. Individuals attending the public meeting Tuesday also had a chance to complete a survey and write a letter detailing their specific need.

Needs could be a simple as needing internet access to do schoolwork, she said.

“Or, many people want to work from home or start a home-based business, but they can’t because they don’t have broadband, so they’re limited in what they can do,” she said. “We take the information from your surveys and letters to write the story of why Cumberland County needs the grant funds more than other areas.”

Another public meeting is set Sept. 23 at North Cumberland Elementary at 6 p.m.

The grant must be submitted by Oct. 18. There will be a public comment period from Nov. 6-26 with finalists able to offer responses to comments Dec. 13-Jan. 9. Grant awards are announced in February.

Surveys and letters can be dropped off at the Crossville office, 205 O’Brien Dr. in Crossville.

“In the last several years, there has been an explosive demand in the need for broadband,” said David Vaughn, Ben Lomand district operations manager.

“Cumberland County has a great need in the rural areas that are lacking in internet access,” Vaughn said.

Tennessee launched the broadband accessibility grant in 2018 with $10 million in appropriations. Available funds increased to $15 million in 2018; however, there were no applications from Cumberland County service providers for that round of funding.

The night before, he tested his internet speed to find he was receiving 1.6 mbps download speed and .3 mbps upload.

“I want you to know you’re not alone,” he said, adding his part of the county remained ineligible for grant applications because of a now-defunct provider who is still shown as serving the area with better speeds.

When no one applied for a grant last year, Foster began calling different state and federal agencies and talking with providers. He launched a survey asking residents to share the results of speed tests on their home internet service to help record actual service delivery. He expects to release the results of his broadband survey soon.

VolFirst proposes a state-of-the-art fiber internet system capable of providing up to 1 gigabyte in download speeds.

“We feel it’s the way to build for the future,” Vaughn said. “We feel like speeds are only going to increase. Copper [wires] just won’t support the higher speeds that are needed.”

He said the area selected for the grant project offered a good density of potential customers. Service would begin at 50 megabytes per second upload and download speed.

If VolFirst receives the grant, work will begin on engineering for the project. Preliminary engineering has been done to help identify service areas and estimate construction costs. Vaughn estimated two years would be needed to complete construction, though he did not know if customers could be added to the network as it is being built.

“We’re trying to maximize the grant,” Cope said, adding the grant requires a dollar-for-dollar match. “Our contribution will far exceed the match,” she added.

Robert Joseph Daugherty (Joe) passed away on Jan. 17, 2020. The family will hold memorial services at a later date.

Dottie Bickel passed Nov. 26. There will be a service Thursday, Jan. 23, 10:30 a.m., at Shepherd of the Hills, Pastor Abraham officiating. She will be interred at the church.

Betty June Kemmer, 84, of Crossville, passed away Thursday, Jan. 16, 2020, at Cumberland Medical Center. She was born Aug. 7, 1935, in Crossville, daughter of the late Charles Hunter Bradbury and Gladys Florence (Bright) Bradbury. Betty worked as a clerk for Sears, and was of the Baptist fai…