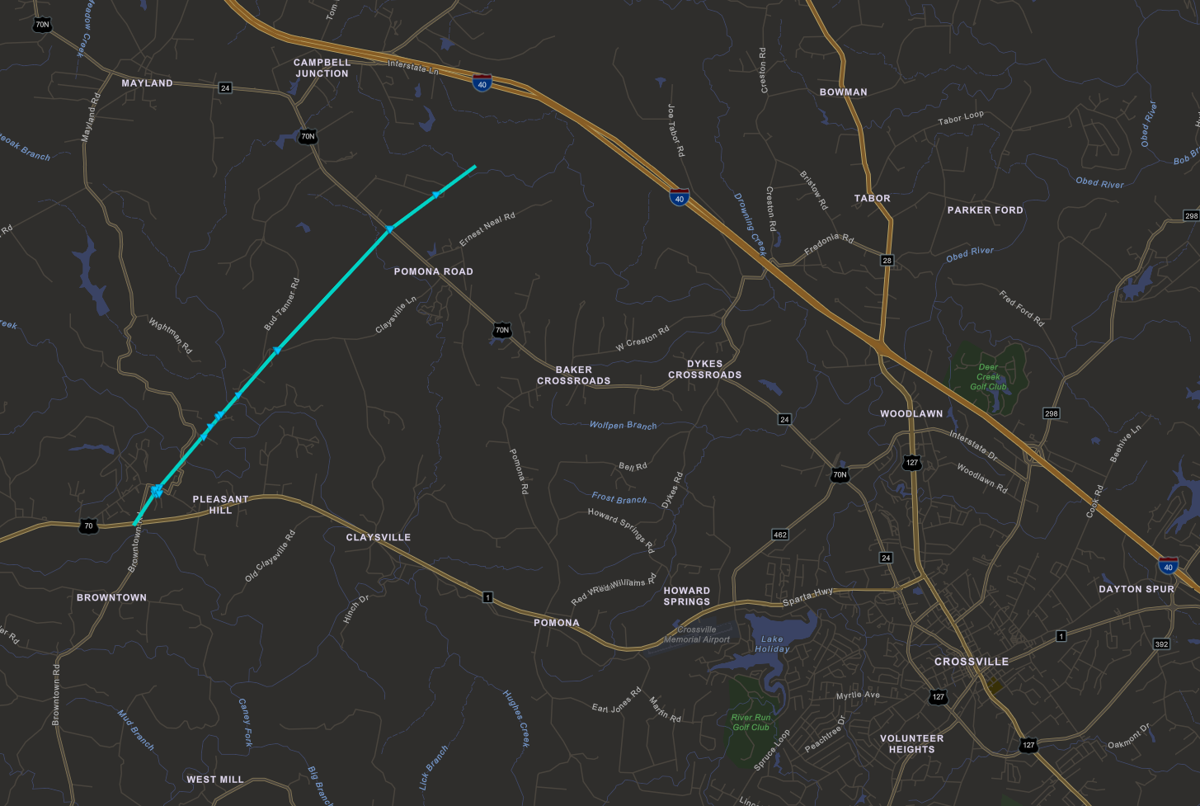 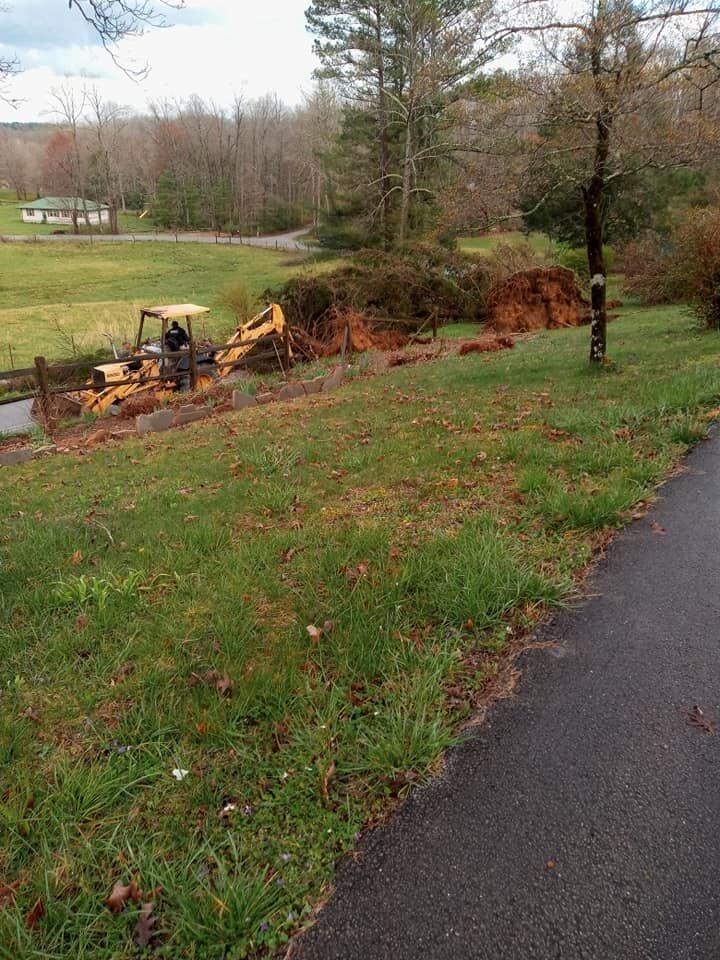 Crews were working to clear roads blocked by downed trees in the western part of the county. This photo is from Bud Tanner Rd. Thursday afternoon. 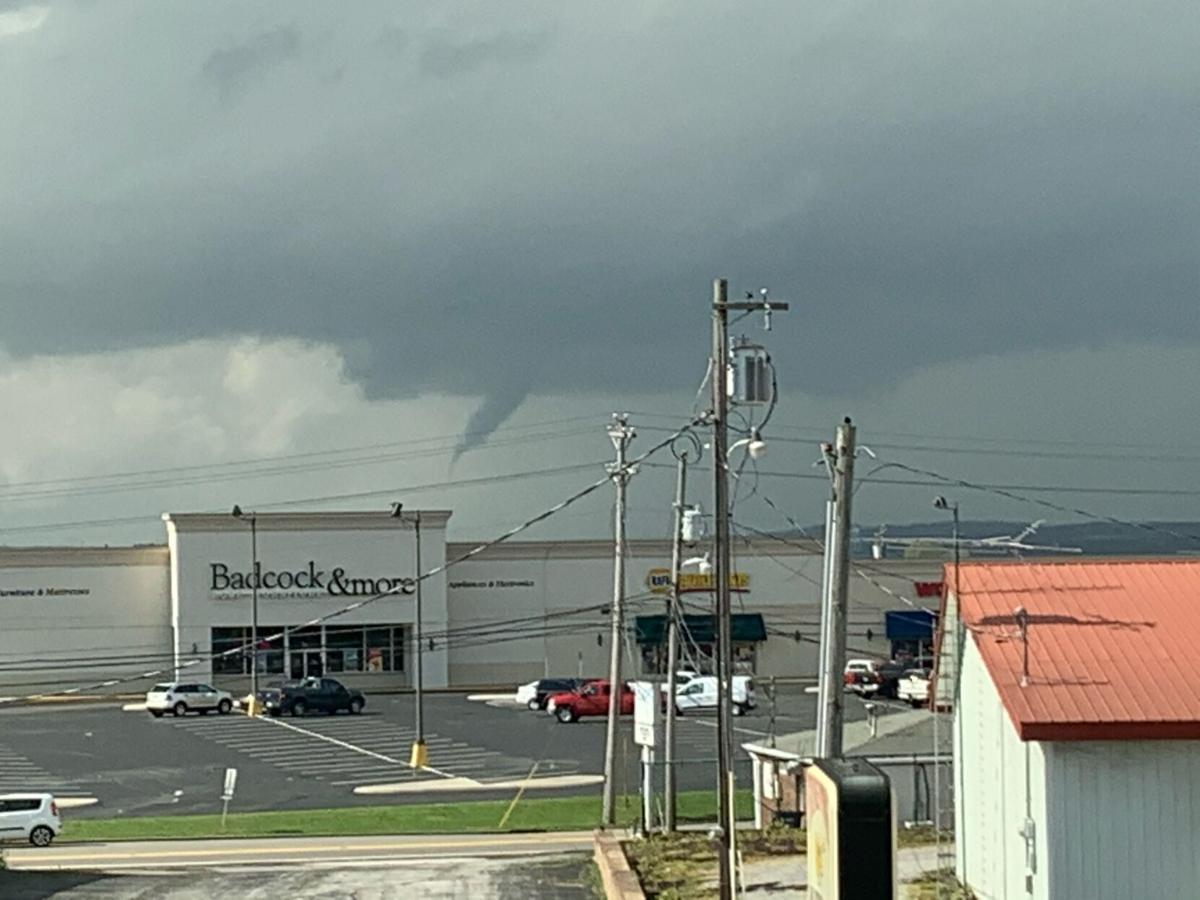 Kevin Dean captured this photo shortly before a tornado warning was issued for the area Thursday afternoon. Dean was on the fourth floor of Crossville City Hall and believes the cloud would have been north of Interstate 40 heading east. 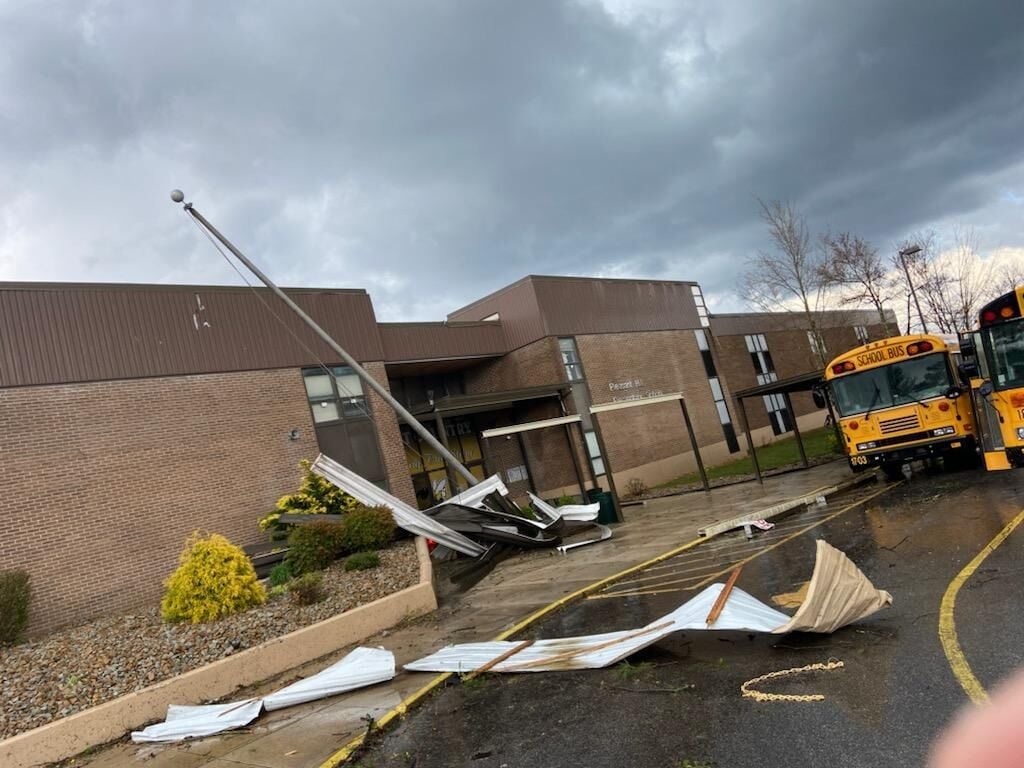 Crews were working to clear roads blocked by downed trees in the western part of the county. This photo is from Bud Tanner Rd. Thursday afternoon.

Kevin Dean captured this photo shortly before a tornado warning was issued for the area Thursday afternoon. Dean was on the fourth floor of Crossville City Hall and believes the cloud would have been north of Interstate 40 heading east.

Damage assessment continues at Pleasant Hill School today. Director of Schools Ina Maxwell said a structural assessment was being completed. More information on the facility and how that will impact the school will be released as it becomes available.

The school system is offering counseling today until 4 p.m. at Central Services for any student, faculty, staff member or families in the district. The severe weather also led to a lock down at North Cumberland Elementary as the storm tracked to the northeast.

"Counselors are available for anyone who needs to talk about the things that happened," Maxwell said.

Schools in the county are closed today to allow for complete assessment of the damage.

Crossville-Cumberland County Emergency Management Agency personnel will be out this morning surveying damage from yesterday’s storm.

Anyone with damage to their home or property is asked to contact EMA at 931-484-7016 or message them through their Facebook page.

The National Weather Service has confirmed that an EF-0 tornado impacted the western portion of Cumberland County Thursday afternoon shortly after 3 p.m. The timing coincided with school dismissal, with students, faculty and staff still at Plesant Hill Elementary.

The school sustained damage in the storm, but there were only minor injuries reported with no patients transported for additional treatment.

Crossville Meteorologist Steve Norris says he began receiving reports from the Cumberland County Sheriff’s Department of a possible tornado in the Pleasant Hill area at about 3:11 p.m. Thursday.

“Radar was only showing a heavy thunderstorm in that area and I quickly checked for warnings, and there were none,” Norris told the Chronicle.

He checked the radar for rotation in the storm, but Doppler radar showed none at that time. About that time, he started getting reports of a funnel cloud moving toward the northern part of Cumberland County.

“Obviously this was a serious situation,” Norris said.

NWS issued a tornado warning for northern Cumberland County and southern Fentress County as the stormed moved through the area.

“Eventually the storm moved into Morgan County and then Scott County where homes were destroyed as this storm seemed to get stronger as it moved along,” Norris said.

“There was obviously rotation in the clouds and, from some of the video shot, much of it in other counties, you could easily tell there was a tornado going on,” Norris said.

Such weather events are rare, he added.

“This is only the second time in the last 20 years that I can remember a storm doing damage when radar was not even showing that it was severe at the time,” he said.

“Once again, we will have to watch the situation closely,” he said.

According to a press release from Crossville-Cumberland County EMA, emergency crews were called to Pleasant Hill Elementary at about 3:17 p.m.

All students and faculty have been accounted for.

Only minor injuries were sustained, with no one requiring emergency medical transport.

Pleasant Hill Elementary, Fletcher House and the Community House all sustained damage. The area continues to be assessed.

EMA requests everyone avoid the area to allow emergency personnel to continue their work.

Students were at Pleasant Hill Elementary preparing to board buses to go home when a severe storm swept into the area around 3:30 p.m. Reports are that the school resource officer saw a funnel cloud and yelled for everyone to get off the buses and get back inside the school.

The storm caused some damage to the school, which is being evaluated at this time.

There were minor injuries, but at this time no severe injuries have been reported.

Crossville-Cumberland County Emergency Management Agency is asking anyone who has sustained damage from the storm to contact them at 931-484-7016 or send a message to their Facebook page. Also if anyone is misplaced from their home, please contact the agency for assistance.

There are widespread reports of downed trees in the area of Pleasant Hill and possible damage to the school. At this time, there have been no confirmed reports of injuries.

Crossville Meteorologist Steve Norris says there was wind damage and a possible tornado around Pleasant Hill, though official determination will need to wait on the National Weather Service.

Cumberland County Meteorologist Mark Baldwin said there had been no watches issued by the National Weather Service earlier in the day, as most storms had been isolated.

The NWS issued a tornado warning as a severe storm moved out of Pleasant Hill. He notes the National Weather Service will need to confirm if the storm that damaged Pleasant Hill was a tornado or straight-line winds, which can also cause severe damage.

He notes the storm has moved out of the area, but the possibility for severe weather continues through Saturday.

A tornado warning for the northern portion of Cumberland County has expired.

Crossville-Cumberland County Emergency Management told the Chronicle a strong storm had gone through Pleasant Hill, causing some damage to the Pleasant Hill Community Center and knocking down some trees.

The National Weather Service issued a significant weather advisory for Cumberland County at about 2:15 p.m. today. The service was tracking a strong thunderstorm about 10 miles southeast of Sparta,, with winds in excess of 30 mph and pea size hail.