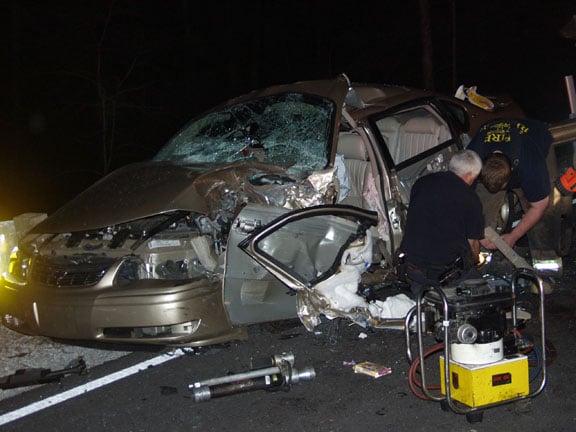 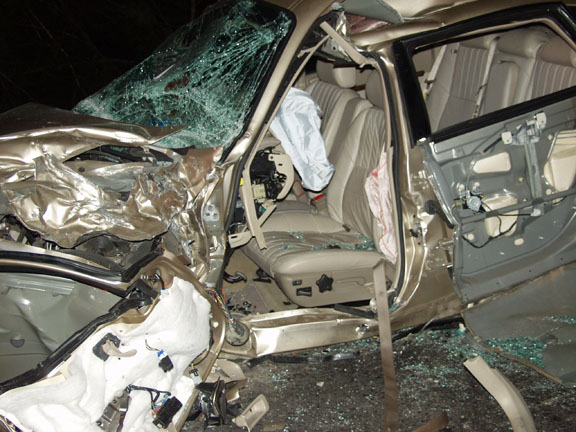 A Crossville man was seriously injured and had to be extricated from this vehicle Wednesday on Chestnut Hill Rd. just south of the Shorty Barnes Rd. intersection, according to Deputy Sean Mullikin's report. Dillon D. Garrison, 47, Dayton Ave., was driving a 2004 Chevrolet Impala that was struck by a 2001 Ford F250 pickup driven by a 15-year-old Tuttle Lane male who had lost control of the truck after exiting a curve. It appeared at the scene that Garrison saw the pickup coming at him and attempted to get out of the way but was trapped on a bridge by a guardrail. It took about 20 to 30 minutes to extricate the victim, who was flown to The University of Tennessee Medical Center by AirEvac. The teen driver was taken by ambulance to Cumberland Medical Center.

On Sunday, Oct. 25, 2020, Jerry Lewis Johnston, loving father of four children, passed away at the age of 83. Jerry was born in the Homesteads community of Crossville, TN, to Omil and Ada Ruth Johnston. He was a veteran of the United States Air Force. He received his electrical engineering d…

Ronald Herman Polston, 76, of Crossville, passed away Tuesday, Oct. 26, 2020, at Cumberland Medical Center in Crossville. He was born March 25, 1944, in Lakeland, FL, son of the late Herman Polston and Pearl (Gentry) Polston. Ronald worked hard all his life as a farmer to provide for his fam…