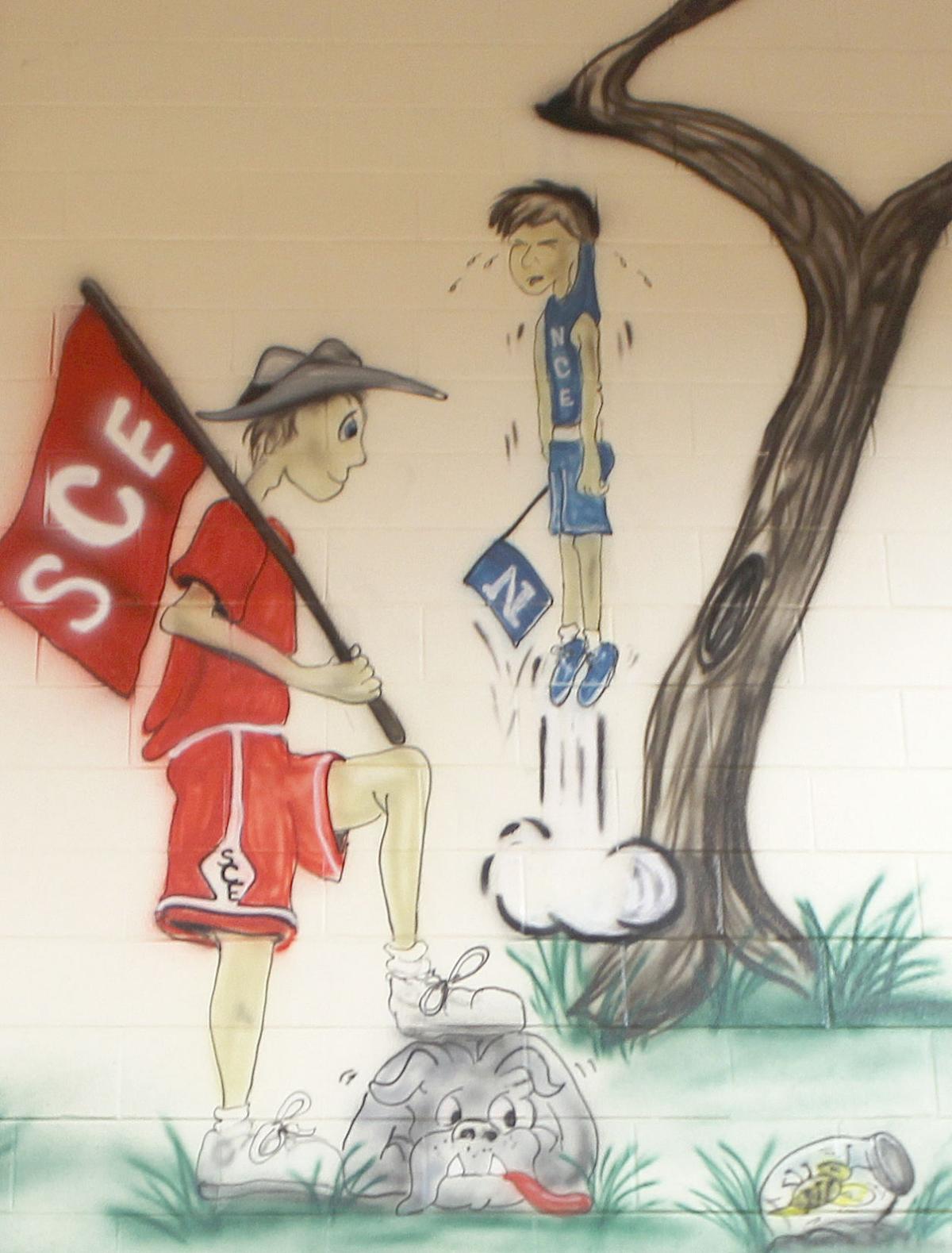 The jersey straps on the North Cumberland Player have been removed and a cloud painted under his feet. The flag has been modified to read SCE — South Cumberland Elementary. 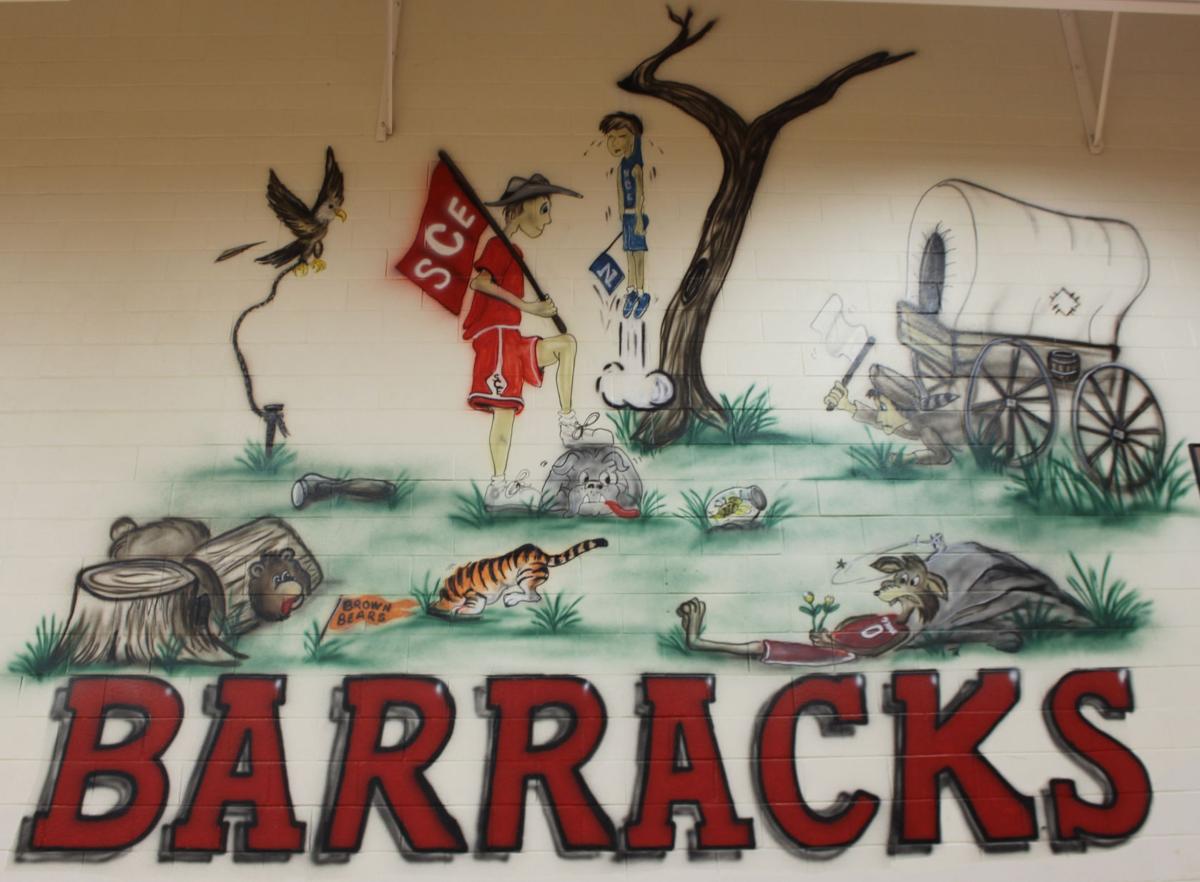 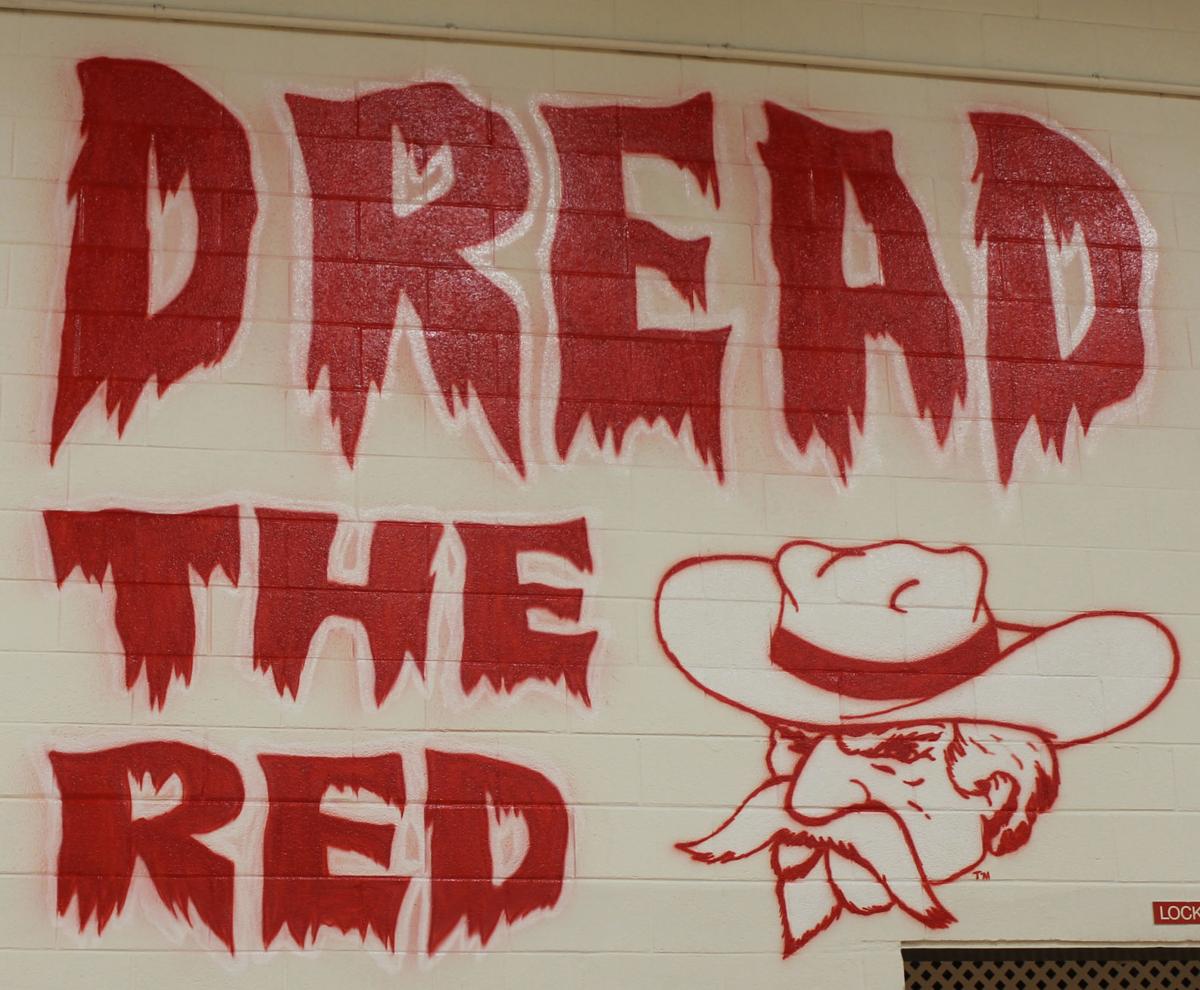 This mural took the place of a large Confederate battle flag in the gymnasium at South Cumberland Elementary.

The jersey straps on the North Cumberland Player have been removed and a cloud painted under his feet. The flag has been modified to read SCE — South Cumberland Elementary.

This mural took the place of a large Confederate battle flag in the gymnasium at South Cumberland Elementary.

The South Cumberland Elementary gymnasium mural has been updated to remove a scene critics claimed celebrated violence. Also gone are large paintings of the Confederate battle flag that have adorned the gym walls since the early ‘90s.

Director of Schools Janet Graham said, “When the school was named almost 40 years ago, you didn’t have this conversation about the Confederate flag…We realize times have changed.”

David Clark, who lives in Tullahoma, emailed Graham a photo of the mascot mural in mid-December, saying the scene depicted a person hanging from a tree.

The mascot mural features a red-clad person waving a Confederate flag while mascots of the other eight elementary school mascots are shown in some form of defeat. A caucasian figure in a North Cumberland Elementary Patriots had been hanging from a tree limb by the straps of his basketball jersey. The characters are described as “cartoonish” in nature.

Principal Darrell Threet said the mural was painted in the early 2000s after other schools adorned their walls with murals celebrating their mascots.

“It was drawn by a student,” Threet told the Chronicle Friday afternoon.

Local artist Tim Burgess transferred the student’s idea to the wall, and it’s been there ever since, with no complaints, Threet said.

Following Clark’s initial complaint, Graham and Threet discussed the mural and sought Burgess’ advice. However, Burgess was not able to visit the school until mid-February.

At that time, he recommended removing the jersey straps and modifying the flag. The school maintenance department delivered a lift to allow a school custodian to access the mural and paint over the jersey straps.

Over the weekend, Burgess painted an explosion cloud under the North Cumberland player’s feet and the Confederate flag was changed to read “SCE.”

The large Confederate flags have also been painted over and replaced with “Dread the Red” in large letters.

Clark, unaware of what was taking place at the school, took to Facebook Friday, saying he had been complaining since December, with no resolution shared with him. He encouraged individuals to call the school or the Cumberland County Schools Central Office and complain.

The post garnered more than 1,000 responses -- some thanking him for bringing the matter to everyone’s attention while others questioned how the mural affected the man who does not live in Cumberland County. Others defending the Confederate flag as a symbol of Southern heritage, not of racism and hate.

That attention led to media reports in several state and national outlets.

Graham said she’d not had complaints before.

“The people who are there all the time probably don’t even notice it,” she said.

Since Friday, she said she had received emails applauding the modifications.

“Several said ‘We’re glad you did that,’” she told the Chronicle.

As news of the mural modification spread over the weekend, at least one petition was launched to allow the community to decide possible solutions.

The petition states, “As a community we should have been involved in the decision making of what could be done over the mural. Whether it stay, be updated or just covered up. We shouldn’t allow someone outside our town dicate [sic] or make us look small minded because they don’t want to see our history. I for one vote to have this agenda brought up in a school board meeting and took [sic] seriously to make this decision right by how we feel in the community.”

The petition had garnered 165 signatures by Monday morning.

South Cumberland Elementary opened in 1980, consolidating several smaller elementary schools. The students and faculty voted on the mascot, which Threet said was approved by the Cumberland County Board of Education in the fall of 1980.

The Stone Elementary Coyotes and Brown Elementary Bears are the most recent additions, built in the late 1990s and early 2000s.

Heather Mullinix is assistant editor of the Crossville Chronicle. She covers schools and education in Cumberland County. She may be reached at hmullinix@crossville-chronicle.com.