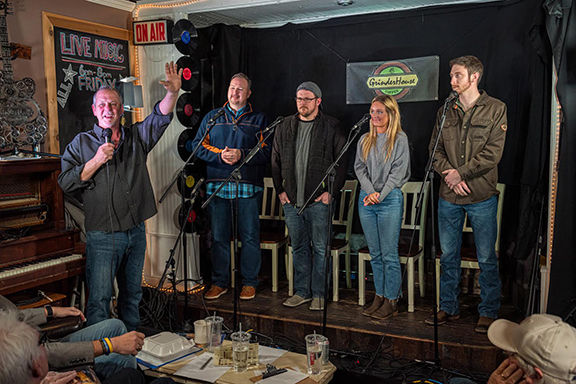 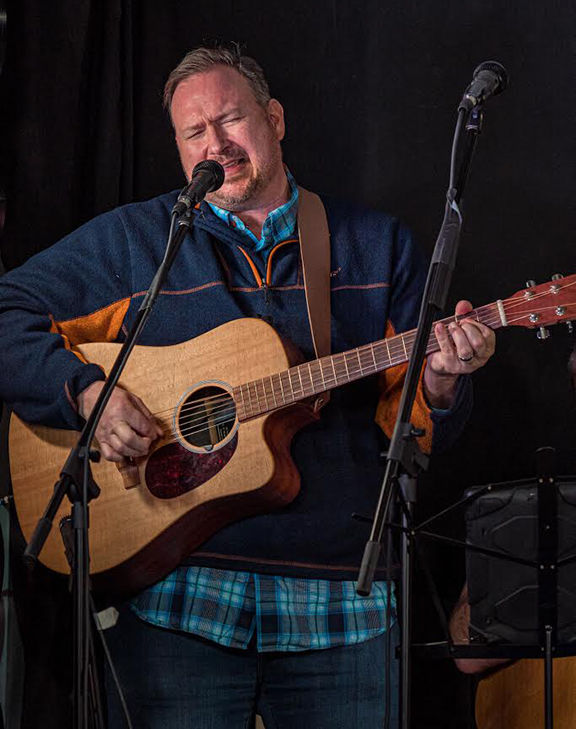 Earl Patton was one of the winners of last week’s Made in Tennessee Songwriter Week event at the Grinder House Coffee Shop.

Earl Patton was one of the winners of last week’s Made in Tennessee Songwriter Week event at the Grinder House Coffee Shop.

Earl Patton and James Crowley, both from Crossville, won last week’s Made in Tennessee Songwriter Week event at the Grinder House Coffee Shop. Stuart Bell of Auburn, AL, and Robby Myers of Crossville were named as alternates.

Grinder House Coffee was an official "Qualifying Round" site for the second annual Made in Tennessee Songwriter Week. The Crossville event featured 28 contestants.

Patton said, “Being one of the winners was extremely gratifying given the quality of the competition and the track records of the judges. Jerry Foster is quite literally a Hall of Fame-inducted songwriting legend. I also have to say that Asa (Reese) and the staff at Grinder House did a fantastic job — especially considering the added pressures and constraints that came with WCTE filming the event.”

“I love songwriting, and I had blast with friends at this show! I was not expecting to win, but I’m humbled and honored. There is so much talent in our area and it’s awesome to be a part of the community here!” Crowley said.

Myers, who was named as an alternate, was also thankful.

"It was a blessing and an honor to be chosen, even as an alternate, among such talent that was displayed that night at the competition. I have spent many nights practicing and honing my skills at this trade, and for it to finally receive this sort of notoriety is amazing to me. Although I won't be moving on to the next round, I am thankful for the results of that night that have indefinitely fueled a desire for me to become a better singer/songwriter and to maybe one day, let my songs be heard,” Myers said.

Patton and Crowley will now advance in the state’s songwriting competition to perform in a showcase event at Puckett’s in Franklin, TN, Sunday, Feb. 23.

Six winners, one from each showcase event across the state, will perform during the finale at The Bluebird Cafe Sunday, March 29.

Grinder House is a family-oriented restaurant and live music venue and is also an official location along the Tennessee Music Pathways.

Grinder House is knows for its live music performances called “In the House” on Friday nights. The intimate performances are streamed live over the internet.

‘In the House’ TV episodes get funding

More than 150 people converged on downtown Crossville Feb. 8 for the Tennessee Songwriters qualifying round hosted at Grinder House Coffee on …