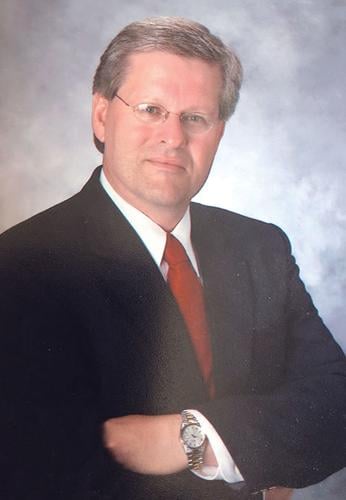 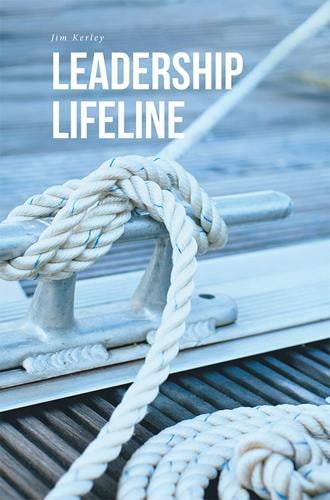 Kerley’s book, Leadership Lifeline, is available in bookstores and online.

Kerley’s book, Leadership Lifeline, is available in bookstores and online.

As the world finds its way in the wake of the COVID-19 pandemic, Kerley believes there is much to be learned from these past presidents, captains of industry and social justice champions — a hope to be found among a new generation of leaders.

“We can anticipate that we must plan for the unexpected, the unknown, plan and ramp up for not only this crisis, but ones that are brewing in the future.  This pandemic has underscored several issues, one is that leaders must understand strategic visioning, future forward philosophy,” said Kerley, author of Leadership Lifeline, published this year by Covenant Books.

“Not focusing on the horizon of events happening and therefore not planning properly to visualize strategic outcomes can lead to crisis situations that are out of control.  It appears that many leaders have been putting out today’s fires, putting one emergency out after another,” he said.

Kerley grew up on a farm near the Head of the Sequatchie in Cumberland County, the son of Ulysses Archie and Hazel Ruby Kerley. Dad was a farmer but also worked in a nearby rock quarry and later at the rubber plant. Mother Hazel worked at the shirt factory and raised Jim and brother, David.

In the 1960s, the family moved to the Cumberland Homesteads and the kids attended Homestead School before graduating from Cumberland County High School.

Jim attended Tennessee Technological University. He took a break from his college studies to serve in the U.S. Navy but then returned and earned his degree in history. A master’s in history from the Citadel followed, and he later earned his doctorate in leadership from Florida State.

He taught history, first in high school and later at the college level. He especially liked working at community colleges, which offered academic opportunity to more people.

He entered academic administration, first as a department dean and then as a college president, helping guide faculty, students and stakeholders through some challenging experiences. He was at Lexington Community College when it merged with Central Kentucky Technical College. He helped lead Gulf Coast State College in Florida as it moved from a community college to a four-year college.

Jim and wife, Donna moved back to Crossville after his parents passed away. He’s been active in various community organizations, including the Cumberland Homesteads Tower Association, Cumberland Good Samaritans and York Patriotic Foundation.

He also kept reading and kept learning. And retirement seemed like a good time to work on the book that had been in his mind for some time. He studied biographies of historical leaders like George Washington, Winston Churchill and Abraham Lincoln. He also had volumes of observations of everyday people in leadership roles.

He recalled a student from Florida who had survived a devastating motorcycle accident and thrived.

“He had such a positive attitude. He kept pushing himself,” Kerley said.

His mother also offered some leadership skills, as well, demonstrating character and leadership. She was 8 and the oldest girl of seven children when her mother died. Her mother told her to look after the younger children.

“She valued family and taking care of the people around her with a loving, positive attitude,” he said.

Leaders, Kerley said, have courage and character. They offer optimism and hope in their communication. They see beyond today and plan for tomorrow.

“This pandemic situation is a major crisis we haven’t seen in our lifetime,” he said. “Our governors, local leaders, the president, our legislators — they’ve had to deal with it. And you see some of these leaderships tenants.”

History offers the chance to learn from past situations and leaders, he said.

“We’re going to do things differently,” he said.

Before the pandemic crisis hit Tennessee, Jim and Donna had settled in to Hope Lodge at Vanderbilt Ingraham Cancer Center in Nashville, where he had one month of radiation treatments.

The medical staff he interacted with were all in their 20s to 40s, he said. They provided him with excellent care, he said, and were extremely caring in their manner. As Nashville went into a lockdown as an epicenter of infections, these staff members went the extra mile, Kerley said, taking on extra work or staying late hours to care for patients.

“These young professionals are some of the heroes and leaders as we move forward post-pandemic,” he said. “We have a new group of leaders coming up that I think we’ll be very proud of.”

Kerley believes the post-pandemic leader will have some of the attributes below:

•Adept at managing a crisis, preparation, planning, listening to experts and willing to take action calmly, quickly, with a focus on their mission and purpose

•Utilize exercises to anticipate potential crisis on the horizon — whether a pandemic, economic meltdown, conflict or corruption within an organization

•Investment in technology to allow more people to work remotely, utilizing artificial intelligence to analyze data and improve decision making, with an awareness of cyber risk and security

•Respect of leadership throughout the organization, leading with “We” rather than “I”

•Adaptability and flexibility in a world that is unpredictable

•Ability and fortitude to lead with integrity

•Masterful communication — listening, speaking and writing with an empathetic style to inspire people

•Courage to address a crisis boldly, facing fearful situation and pulling up strength to overcome obstacles

“As we navigate into the future, we might have some bumpy roads and scary situations, but I am convinced we are a great nation with great people, hope and opportunity will still prevail,” Kerley said. “We must keep telling ourselves, we can do it…we can do it….we can do it.”

Leadership Lifeline can be found at the Apple iTunes store, Amazon, Barnes and Noble, Books A Million and Walmart or at the website Leadership-Lifeline.com.