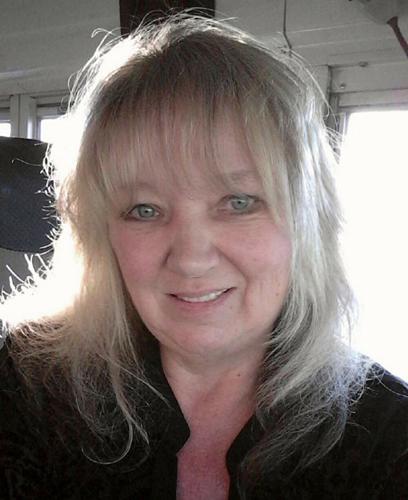 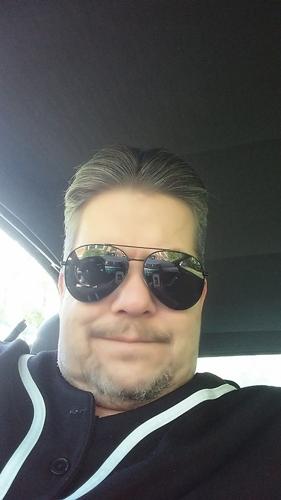 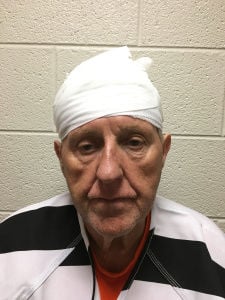 He suffered what is believed to be a self-inflicted gunshot wound to the head.

It is not known if Nostrom has an attorney to represent him in the criminal case.

Crossville Police were dispatched to the Cumberland County Schools bus garage, 1668 Genesis Rd., at 2:27 p.m. after reports of shots being fired. Detective Capt. Kendall Hargis was the first officer on the scene, at 2:29 p.m. According to Capt. Brian Eckelson, Hargis found a man lying in on the pavement and the woman and apparent shooter on the ground a short distance away, located between two buses.

Warren Nostrom was transported by air ambulance to Erlanger Medical Center in Chattanooga for treatment.

He was booked into the Cumberland County Justice Center at 8:10 p.m. Friday night and the warrant charging him with two counts of first-degree murder served around 3 a.m. Saturday. Though he was transported to Chattanooga via helicopter, the sheriff’s department had to dispatch a car to drive Warren Nostrom back to Cumberland County.

Crossville Police requested assistance from the Tennessee Bureau of Investigation, which is continuing the investigation.

In the sworn affidavit for the order, she said her husband, “follows me around and hangs on the bumper of my car. He has gone to my apartment and keeps knocking and knocking on the door so loud that the neighbors are all getting mad and had said that they will call the cops.”

She also said Warren Nostrom had shown up at a restaurant where she was having dinner with a friend. “He also had threatened my friend by saying he had a gun and would shoot him,” Joy Nostrom wrote.

Joy Nostrom had moved out of the couple’s Seminole Loop home in Tansi and was living in an apartment on Willowwood Loop.

Prior orders of protection had been issued April 9, 2018, and dismissed April 16, 2018, at her request, and a May 25, 2018 order dismissed June 11, 2018. Warren Nostrom had asked for the dismissal because he was trying to sell the couple’s home and Joy Nostrom did not object to the dismissal, stating “As far as I know right now I do think I will be safe.”

Warren Nostrom had filed for divorce Aug. 24. The couple was married Jan. 14, 1986, in New York. They had no children together.

In the divorce, Warren Nostrom accused his wife of “inappropriate marital conduct.” He sought alimony, funds she kept in a separate bank account, access to her IRA and retirement benefits, the Seminole Loop home and continued coverage under her health insurance plan. He also wanted his wife to pay all the credit card debt, half the cost of filing for bankruptcy and his attorney fees.

He was represented by attorney Howard Upchurch in the divorce.

Joy Nostrom had 30 days to respond to the divorce filing. She had not done so at the time of her death.

The shooting took place as bus drivers were arriving at the garage to pick up their buses and run their afternoon school routes.

“Our primary concern and responsibility at the time was to get our students home safely and as promptly as possible while allowing emergency personnel and law enforcement to do their job,” Director of Schools Janet Graham said in a statement.

Graham and Rebecca Wood, chief academic officer, left immediately after being notified of the shooting by Rebecca Reed, transportation supervisor.

About eight buses were still at the bus garage at the time, and administrators contacted the schools affected. Principals were instructed to contact families of students using the bus drivers and let them know their driver could not run their route at that time.

Parents were told they could either come to the school and pick up their children or that another bus would take on the route after completing their usual routes.

“Drivers were happy to take on an additional route to help get students home in a timely manner,” Graham said.

Bo Magnusson, director of school security, remained on the scene at the bus garage to assist law enforcement while Central Services personnel fielded calls and responded to the public.

Graham said counselors were on hand Monday morning to greet students at the school where the driver delivered students. A counselor was also made available to transportation department employees.

The Cumberland County Board of Education released the following statement expressing their sympathy to the families and friends of the victims and thanked law enforcement and state and local officials for their assistance.

“To the transportation staff, we are so proud of the manner in which you conducted business even in the face of absolute tragedy,” the statement read. “The outpouring of calls and texts from school districts, state and local officials were greatly appreciated. Offers of assistance from neighboring districts to help us get students home poured in as well as many prayers were offered for the victim, their families, and our employees.”

Cumberland County Mayor Allen Foster said, “The response of the Board of Education employees at the bus garage was impressive. They kept their composure as one ran toward the shots and another made the call to E-911 to get our emergency responders on scene as quickly as possible.”

Julia Timson, president of the Cumberland County Education Association, expressed the CCEA’s “deepest condolences” to the families of the victims.

“I would also like to express my admiration for the teachers and support staff that stayed until 4:30 p.m. to man phones and calm students and parents.”

The school board has called a special-called meeting for Tuesday at 5:30 p.m. to discuss its emergency policies and procedures following the incident Friday.