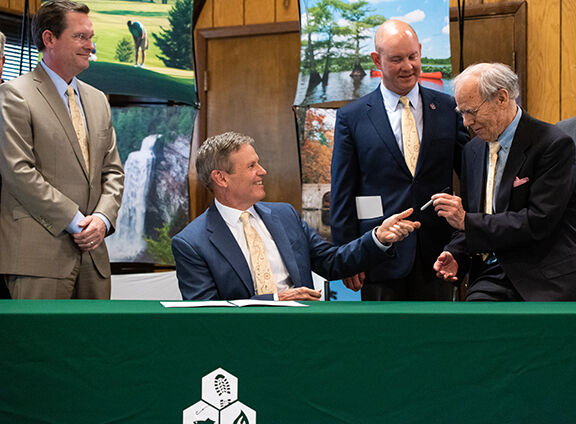 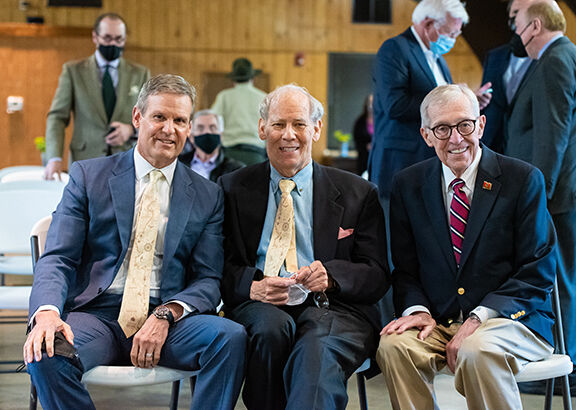 Some of Tennessee’s highest-ranking elected officials, including Gov. Bill Lee, visited Crossville late last month for the dedication of a painting of Justin P. Wilson.

The ceremony was held at Cumberland Mountain State Park where Wilson, namesake of the Justin P. Wilson Cumberland Trail State Park, was also in attendance.

A painting honoring Wilson was unveiled and will be displayed at Cumberland Mountain State Park until a building can be placed on the Cumberland Trail State Park after completion.

Cumberland Trail State Park stretches from Signal Mountain near Chattanooga all the way to the Cumberland Gap near the Tennessee/Virginia border. The park passes through Cumberland County and includes both Black and Brady Mountain’s trails.

A memorial gathering for Justin Owen will be held May 1st at Cumberland Fellowship Church in Crossville. Visitation will be 12 noon until 1:30 pm, service immediately following at 1:30.

George Henry Eller, 74, of Crossville, passed away at his home surrounded by his family on Tuesday, April 13, 2021. He was born Oct. 17, 1946, in Crossville, son of the late Thomas Calvin Eller and Daisy Elizabeth (Dodson) Eller. After proudly serving his country in the Army during Vietnam, …