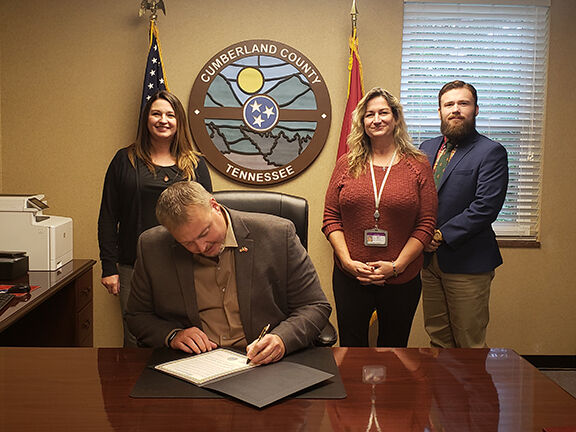 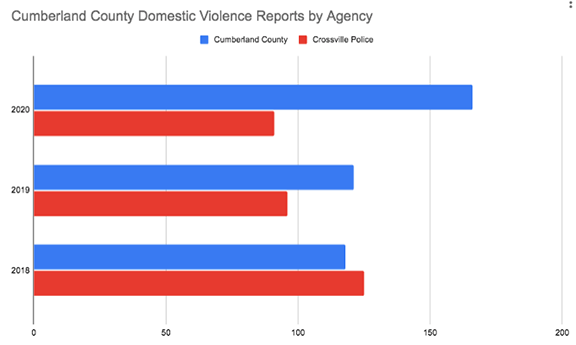 It can occur in any type of relationship. It can impact men, women, teens, children and the elderly. It can include physical or sexual violence or emotional, verbal and psychological abuse.

And in cases of domestic violence, people are hurt not by strangers but by people they know and love.

“As a society, we don’t believe that what are supposed to be loving relationships can be violent,” said Erica Bower, Ph.D., assistant professor of sociology and political science at Tennessee Technological University.

“There is a common misconception that most crime is committed by strangers, but most of the time we are victimized by people we know.”

The Centers for Disease Control estimates about 1 in 5 women and 1 in 7 men experience severe physical violence from an intimate partner during their lifetime.

“We need to remember that men are victims, as well,” Bower said, adding that domestic violence can occur in heterosexual relationships, LGBTQ relationships, and across socioeconomic status.

The Sheriff’s Office reported 69% of cases involved simple assault, 17.6% were aggravated assault and 13.3% involved intimidation. Among other offenses, there were two cases involving kidnapping or abduction and one case involving forcible sex offenses.

Bower said, “We see this in television or movies, where the abuser tries to apologize, they are on their best behavior and say it will never happen again. But the honeymoon phase doesn’t last long before the cycle begins again.”

Bower said it’s important for young people to recognize signs of abuse as they begin dating and establishing relationships.

“These are often very emotionally intense relationships,” Bower said. “For individuals who have not emotionally matured … it can blind people from seeing these red flags.”

Domestic violence typically centers on control of the other partner.

“Love and emotion shouldn’t be predicated on violence or maintaining power or control,” she said.

One significant sign of concern is when one partner attempts to isolate the other partner, either from friends or family or from jobs or other places partners interact with others.

In many situations, abusers may interfere with employment to increase the partner’s economic dependence.

“There’s a level of emotional and psychological abuse,” Bower said.

That includes “gaslighting,” which is a form of emotional manipulation.

“Victims are made to feel that they’re ‘crazy’ or that the way see what’s going on isn’t what is happening,” Bower said. “It’s also sometimes blaming victims for their abuse.”

And if the victim threatens to leave, their abuser may manipulate them by threatening to harm themselves or others.

Leaving can also be one of the most dangerous times for victims.

“A lot of the time, most of that is fake,” she said. “It’s important to recognize that a relationship should be for the two people involved, and not for others for likes or comments.”

Domestic violence often happens behind closed doors. It can impact adults and children, who can be direct or indirect victims.

“If there is primarily intimate partner violence among parents, and children are witnessing that, it’s going to affect the children,” Bower said.

It’s estimated 1 in 15 children are eyewitnesses to intimate partner violence each year.

Children may also be used as “pawns” in an abusive relationship, with abusers threatening to take the children or harm them, or the victim concerned about losing their children if law enforcement becomes involved.

Domestic violence can also be part of abuse and neglect of children.

“Neglect is the most common form of child maltreatment,” Bower said. “This is where parents or guardians fail to meet children’s basic needs or put them in situations with a high risk of harm.”

Experts estimates domestic violence results in economic impacts of more than $8.3 billion each year, with victims losing 8 million days of work. Victims may also be at higher risk of depression and suicidal behavior and higher risk for substance abuse, and health impacts like chronic pain, PTSD or hypertension.

Bower said there can be a reluctance to report abuse to law enforcement. They may fear that they do not have enough evidence to support a charge or conviction, Bower said.

“There are fears of a victim reporting, and now their abuser knows they’ve reported,” she said. “That can be a potentially dangerous situation.”

“We shouldn’t place responsibility for ending domestic violence on victims,” Bower said. “We need to teach everyone about appropriate and inappropriate behavior in relationships. We need to recognize that certain behaviors should not be accepted in society when it comes to violence.”

Overall awareness of domestic and intimate partner violence and training bystanders on how to intervene can help. That can include knowing about community resources for victims to refer people who need help.

Bower has also taken part in a bystander intervention program called “Green Dot,” which trains individuals to recognize red flags in relationships and how they can intervene to potentially neutralize those situations.

It’s also important to dispel common myths about domestic violence — especially the myth that victims can leave whenever they want.

“It’s a dangerous myth. Leaving a domestic violence situation is one of the most dangerous times for victims. It can even be fatal,” Bower said.

In Cumberland County, the Avalon Center Domestic Violence and Sexual Assault Program offers a host of services for victims of domestic violence, including a crisis line staffed 24 hours a day, seven days a week at 1-800-641-3434.

The agency offers an emergency shelter, transitional housing, and advocates to assist victims in the court system and in seeking medical treatment or finding employment.