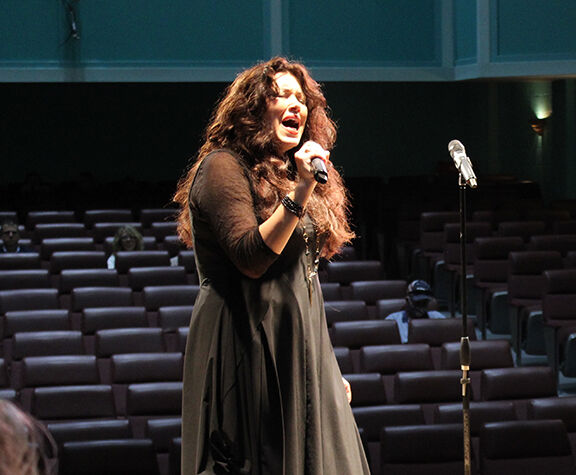 Mandy Barnett performed songs off her new album at the Palace Theatre Monday after the unveiling of her Tennessee Music Pathways marker. 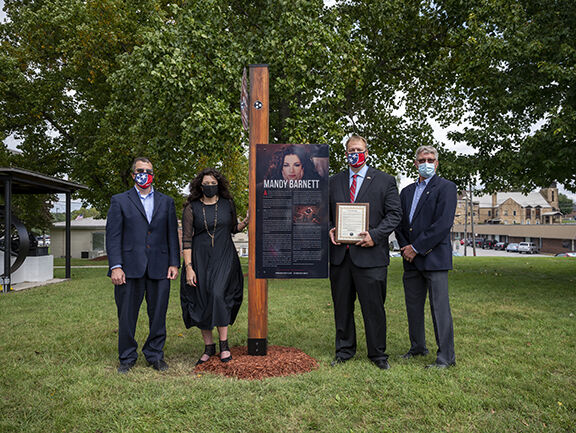 Mandy Barnett performed songs off her new album at the Palace Theatre Monday after the unveiling of her Tennessee Music Pathways marker.

Monday was a special birthday for Mandy Barnett, who grew up in Crossville before launching her music career in Nashville.

She joined her family and local dignitaries to unveil a Tennessee Music Pathways marker on the lawn of the Cumberland County Courthouse.

“It’s such a thrill and an honor,” Barnett said of the marker, part of Tennessee’s music-theme tourism campaign the celebrates Tennessee’s musical heritage. “I’ve been so looking forward to this.”

Barnett began performing in Crossville at the Cumberland County Fair when she was only five years old. When she was 12, she performed on WSM’s “Midnite Jamboree.” Soon after, her mother secured the vocalist a recording deal with Capitol Records. Barnett commuted between Crossville and Nashville to record and perform, moving to the Music City when she was 17.

The powerhouse vocalist has been likened to Patsy Cline. When she was 18, she made her debut as Cline in the Ryman Auditorium’s production of “Always…Patsy Cline.”

She has released critically acclaimed albums, appeared on countless television shows, and graced the most esteemed music halls in the nation. She has toured internationally, with stops in Ireland, Japan, Sweden and Switzerland, advocating for the music she loves.

Most recently, she released “A Nashville Songbook,” a collection of 13 pop and country standards, delivered with emotional depth and expressive vocals.

“I’m forever grateful to Crossville for the love, cultivation and support I received all those many years ago and continue to receive,” Barnett said. “I’m a proud Crossvillian and Tennessean.”

Following the unveiling of the marker, Barnett blew out the candles on her birthday cake with a handheld fan and treated those present to an intimate performance of some of the songs on her new album at the historic Palace Theatre, which is also honored with a Tennessee Music Pathways marker.

Tennessee Commissioner of Tourist Development Mark Ezell was on hand for the marker unveiling.

“Mandy’s voice and the resemblance with Patsy Cline, and her new album all ties in to our ‘Soundtrack of America,’” he said.

The state launched the program in 2018, with markers featuring landmarks and attractions connected to the people, places and seven genres of music with roots in Tennessee: blues, bluegrass, country, gospel, soul, rockability and rock ’n’ roll.

“We’ve got all these great people, places and events — from Memphis to Bristol,” Ezell said. “People can go and learn about these artists or landmarks and also spend time in Tennessee.”