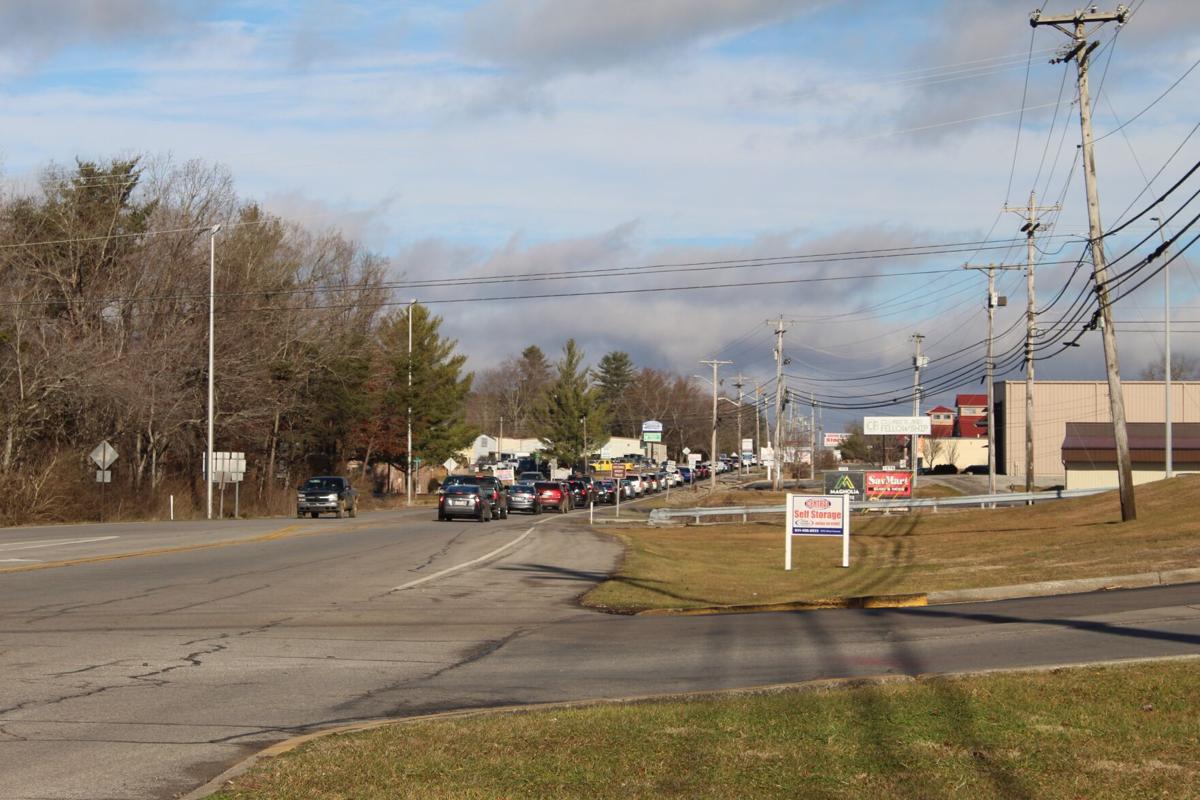 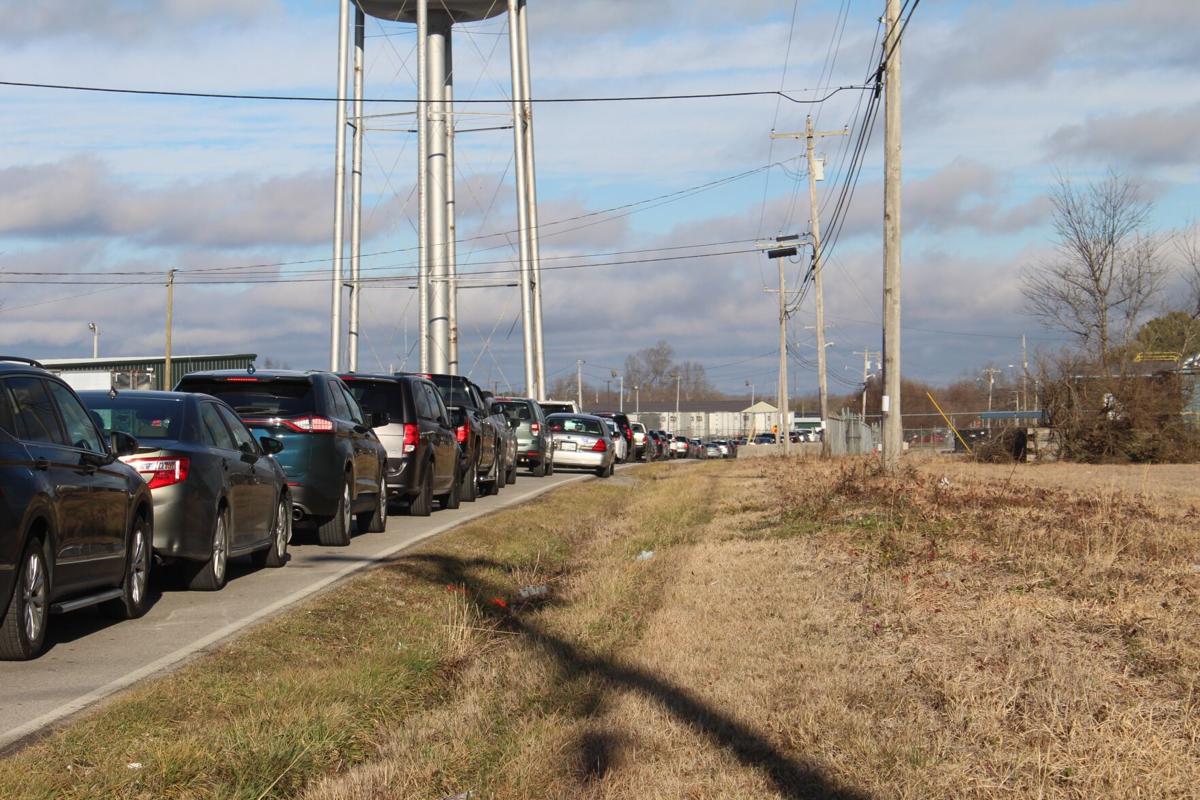 “I was there all day waiting, but they were working all day on their feet,” said Tim Sherrill of Cumberland County remarking on the hard work of the health department staff and law enforcement who assisted with traffic control. “They saved lives today, I am certain.”

Officials with the Cumberland County Health Department reported 981 vaccines were administered on Saturday. Both of the vaccines currently available require two doses given about three weeks apart. And, it can take another two weeks to build up antibodies to the virus after inoculation.

Cumberland County Mayor Allen Foster said in a release Sunday, “That change, in my opinion, is a good thing and I am glad the governor added the vaccination to the older, more vulnerable, population to the timeline.

“The change also unexpectedly added thousands of individuals to the current phase of the vaccination plan on Wednesday when the health department was about to be closed for two days for the holidays. This posed many logistical issues as you can likely imagine.”

Cumberland County is currently offering vaccinations to health care workers, first responders, funeral and mortuary workers and all other health care workers int he 1a1 and 1a2 categories of the state’s review vaccine allocation phases.

The state moved teachers and childcare workers into the 1b category. While other counties have expanded vaccination to that category, Cumberland County has not started providing vaccines to that group yet.

Pharmacy partners are providing vaccinations to residents and staff of long-term care facilities.

Community response to the vaccine availability was overwhelming. Cars were lined up along Hwy. 70 N., Livingston Rd. And backed up on Hwy. 127 N.

Tee Chambers arrived shortly before 8 a.m. with her father, who qualified to receive the vaccine under the age requirements announced by the state on Wednesday.

“They parked us in the field, and we sat there until around 11:30,” Chamber said.

They stayed in their vehicle and were eventually directed to the far side of the complex to fill out paperwork. Traffic snaked around the complex to behind the grandstands, where the shots were given.

“Once you had the shot, you then drove back to the front of the complex where they asked you to sit for 15 minutes in case of a reaction,” Chambers said.

Carl Henry of Fairfield Glade and his wife were among the nearly 1,000 people to get their first dose of the Pfizer vaccine on Saturday. They arrived at 7:15 a.m. and got their shots at 11:15 a.m.

Henry said the staff did a commendable job, but he noted an oversight in the planning. There were no restrooms for the public to use, and no one wanted to leave the long line to go find a restroom.

“A lot of older people have problems where they need a bathroom available,” he said.

There were also a few instances of some cars coming from a different direction and cutting the line, he said. That caused some tempers to flare.

By 12:30, officials reported they did not have enough vaccine for many of those waiting in traffic, though work continued for several hours.

“It made my back and feet hurt to see them run back and forth to cars to give the vaccines,” he said. “It was heroic and amazing.”

State health officials had hoped to vaccinate 200,000 by the end of 2020, but they fell short of their goal as the state struggled with delays in shipments.

Tennessee Health Commissioner Lisa Piercey told the Tennessean tens of thousands of doses had been delayed by about a week.

Mindy Doyle, director of the Cumberland County Health Department, said a local information line will open Tuesday at 931-707-9007, with vaccine information available Monday-Friday from 8 a.m. to 4 p.m. each day.

“We are currently waiting for more vaccines to be delivered,” she wrote in a release from the department. “Once more is received, we will continue to offer vaccinations to individuals in groups 1a1, 1a2 and those individuals over age 75.”

Federal officials have previously said states do not need to reserve half of their shipments to provide a second dose, but Piercey has said the state wants to confirm that before exhausting its supply.

Henry is concerned about changes to vaccine protocols moving forward and being able to get his second dose. Right now, information on how they’ll get that second dose is unavailable.

“We have no idea where to go and get that,” he said.

Both vaccines require refrigeration, which can complicate distribution.

Data released by the state on Jan. 1 reported 1.84% of Cumberland County residents have been partially vaccinated with the first dose. This does not include the Saturday numbers. The information is updated on Tuesdays and Fridays.

Date, time and eligibility for future vaccination clinics will be shared as that information becomes available.

Piercey said she anticipates pharmaceutical companies will increase their production of the vaccine in coming months. However, at the current rate, it could take well into 2022 for all Tennesseans to be vaccinated.

Since March, there have been 53 Cumberland County residents who have died from the virus and 100 residents hospitalized.

The hospital reports it has 97 inpatient hospital beds and an average of 71.9 were used during that week. The hospital’s 12 ICU beds were all in use, with 8 ICU patients with COVID-19.

Students who have previously been approved for virtual learning will attend class remotely.

The current number of active cases places the school system in the “red” zone, with more than 1% of the county’s population with active cases of the virus — more than 606 cases.

Maxwell said teachers would issue devices to students for remote learning, to begin Wednesday, Jan. 6, if the number of active cases remains above 607. Students in third-12th grade will attend school remotely through Friday. Students in Pre-K through second grade will continue in-person learning. Buses will continue to run on a regular schedule.

“Additional information will be provided once active case counts are published by the Tennessee Department of Health next week,” Maxwell said.

Janet Raye Kluender, 49, of Crossville, passed away on Friday, Jan. 8, 2021, at Fort Sanders Regional Medical Center in Knoxville. She was born Oct. 17, 1971, in Crossville, the daughter of Larry Ray Bryant and Betty L. (Presley) Bryant. She is survived by her husband, Carl K. Kluender of Cr…

Jerry M. Beaty, 84, of Crossville, passed away Jan. 11, 2021. He was born Dec. 2, 1936, in Fentress County, the son of James L. and Lillian M. Young Beaty. He retired from the Tennessee Highway Patrol after 32 years of service, retiring as District Captain. He had always hoped to have as man…