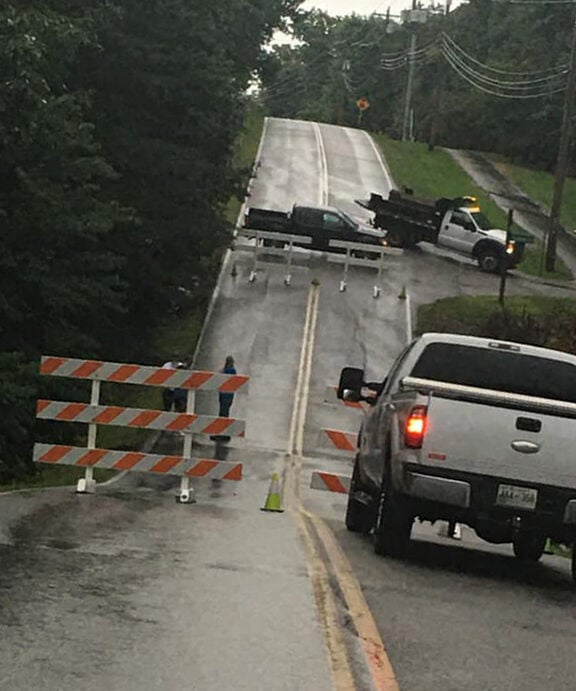 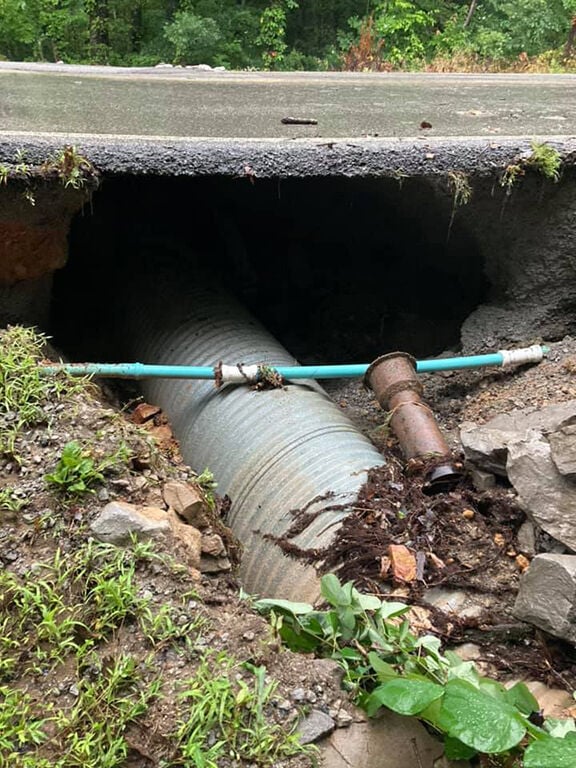 Doppler radar indicated three to four inches of rain fell in a few spots across Cumberland County Sunday afternoon which produced quite a bit of flooding on area roads.

Downtown Crossville picked up an inch and a half in just a couple of hours. The chance of rain will go down just a bit this week but there will continue to be a chance every day of scattered pop-up storms.

Flooding was reported at chronic locations in the city like the intersection of Old Jamestown Hwy. and Industrial Blvd. near the post office. It was reported that Interstate Dr. was also covered in water and for a time impassable.

Trees were downed and electrical service interrupted from the Genesis Rd. area to streets in Fairfield Glade.

The temperatures may warm up just a tad but no major changes are expected. There are indications that the heat wave may try to move into Tennessee over the next few weeks but nothing for sure at this time.

If you’ve been noticing that it looks hazy on some days and with some lovely red sunsets, some smoke from the western U.S. and the Canadian wildfires has drifted over our area.

A full moon coming up on Friday is known as the Buck Moon, reflecting the time of year when new deer antlers begin to grow. Make a note on the calendar that one of the biggest meteor showers of the year is coming the night of Aug. 12 and more will be shared over the next weeks.

Thomas Jefferson, one of the founding fathers, author of the Declaration of Independence and the third president of the United States, was very interested in the weather.

Jefferson took daily weather readings around Williamsburg, VA, and  on July 4, 1776, he went to a local merchant to purchase a new thermometer before he went to sign the Declaration of Independence.

I thought that was really cool! You can reach me anytime at weather1@charter.net.

Sula Jean Daniels, 92, of Crossville, passed away on Oct. 14, 2021, at Cumberland Ridge Assisted Living. She was born on May 12, 1929, in Crossville, daughter of the late Edward Tabor and Macell (Tollett) Tabor. Sula was an assistant at the local Headstart. She was a member of the Stanley St…

Gail Marie Wojcik, 55, was born on Sept. 30, 1966, to Charles Taylor and Betty Martin of Jackson, TN. She passed away on Oct. 13, 2021, in Crossville. Gail is survived by her husband, Dr. James Wojcik of Crossville; her children, John Swafford and Casey Swafford; and also her brother, Ed Tay…

Linda K. Kronau, 78, of Crossville, passed away Saturday, Sept. 11, 2021, in the comfort of her home following a short illness. Born in Minneapolis, MN, on June 20, 1943, she was the only child of Vernon and Elizabeth Rosencrantz of Minneapolis, MN. As a graduate of Madonna University in Liv…