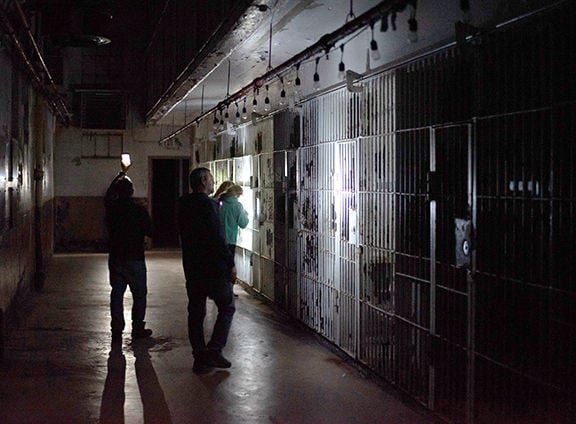 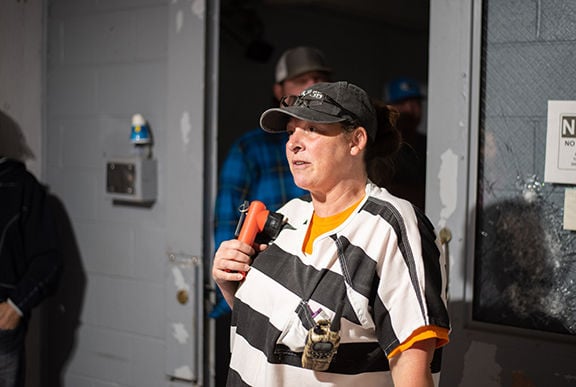 Jaime Brock’s family has had ties to Brushy Mountain since the prison opened in her Petros community in 1896. She’s the go-to on paranormal tours of the grounds with her intimate knowledge of the former prison and inmates who have shared their stories. 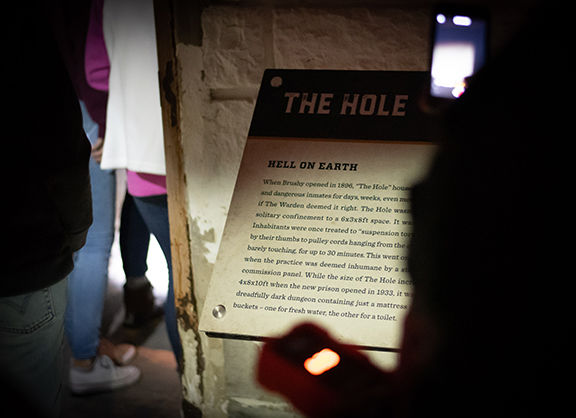 Jaime Brock’s family has had ties to Brushy Mountain since the prison opened in her Petros community in 1896. She’s the go-to on paranormal tours of the grounds with her intimate knowledge of the former prison and inmates who have shared their stories.

Tennessee Adventures makes its second trip to Brushy Mountain Prison, but this time it’s for their flashlight paranormal tours, offered through the end of October.

“This our second year of doing the tours,” said Brushy Mountain general manager Michelle Johnson. “It’s 25 people per night from 8:30 to 10:30 p.m. You can book those at www.tourbrushy.com. If they’re sold out, you can call and we’ll fit you in with other tours.”

The tours are led by Jaime Brock, a local of Petros who’s family ties to the prison run back to its opening in 1896. Brushy Mountain housed some of America’s most wanted criminals, including James Early Ray, Bryon “Low Tax” Looper and George Hyatte.

“I do some day tours, but I do all the paranormal tours,” Brock said. “They’re really kicking off. It’s a two-hour walkthrough. We’ll give people some history on the prison and take them to our favorite locations, which are some of the main ones that get the most activity.The entire place is haunted.

“We do not tell anything that we don’t have proof of,” Brock added. “We’ll share the things we have captured.”

“She has been doing this so long and she knows her stuff,” Johnson said of Brock. “She knows the history because of her family being here, and because of the inmates that have told her stories.”

The tour is not to be confused with a haunted house; this is an actual tour of Brushy Mountain Prison given at night.

“It’s not a haunted house,” Johnson said. “This is a real, paranormal tour.”

“Destination Fear came and filmed here, and that will be airing on the Travel Channel on Oct.26th,” Brock said. “We’ve had several, and hope to have several more.”

Whether one believes in ghosts or spirits or not, the tour is a fascinating twist and will leave some questioning their pre-conceived notions. Johnson and Brock have each had their own experiences in the prison, and have documentation of others visitors’ stories.

“We’ve both been told to get out,” Johnson said. “We’ve both have heard footsteps and laughter. Stuff goes on all the time, not only at night.

“I was a skeptic,” Johnson added. “I did not believe in any kind of ghosts or any of that until I came up here and witnessed things for myself.”

“We’ve had a lot of people walk out of here on daytime tours, too,” Brock said. “There’s all kinds of different things that happen.

“A lot of non-believers have left here believers. If you don’t believe, come to Brushy.”

Brushy Mountain Prison is located at 9182 TN-116, Petros, TN 37845, and is a one-hour drive from the Cumberland County courthouse.