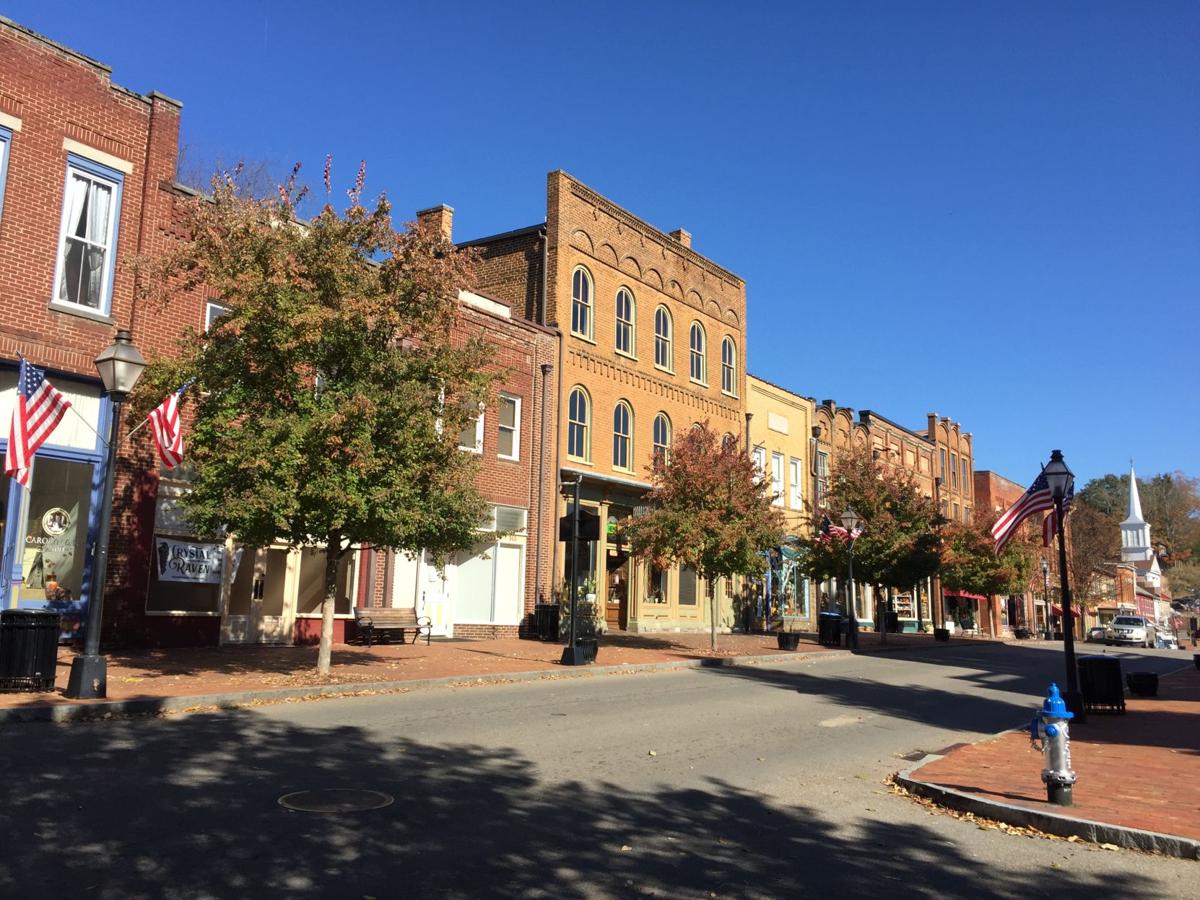 Enjoying the new generation of mom and pop shops of Historic Jonesborough’s Commercial Block is enough to have you take your time as you step back in time. 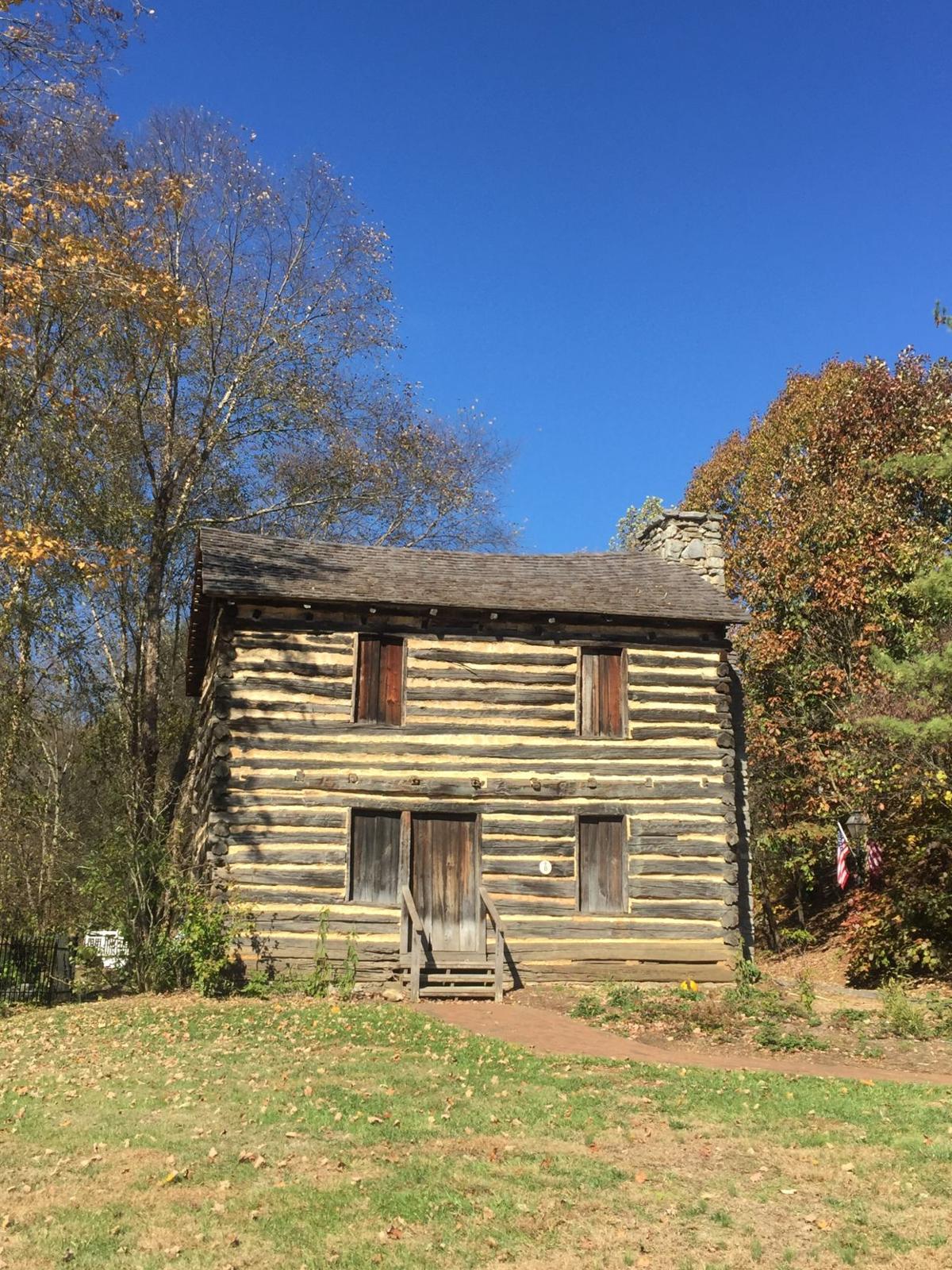 A mansion in its time, The Taylor House is a circa 1777 cabin and is a golden reminder of the work of the settlers of Jonesborough. The settlers had to build their lives and build it well so it would stand the test of time. 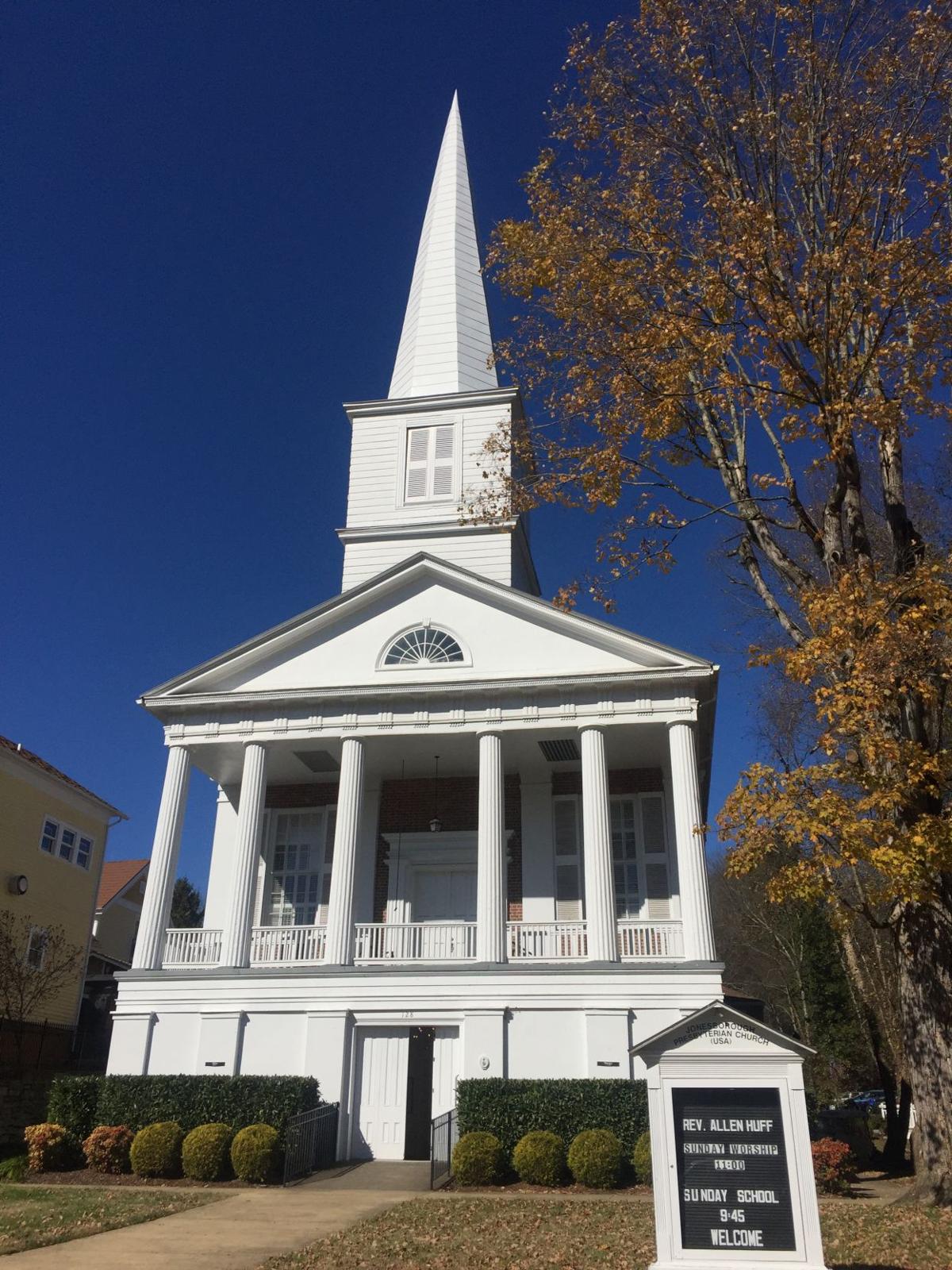 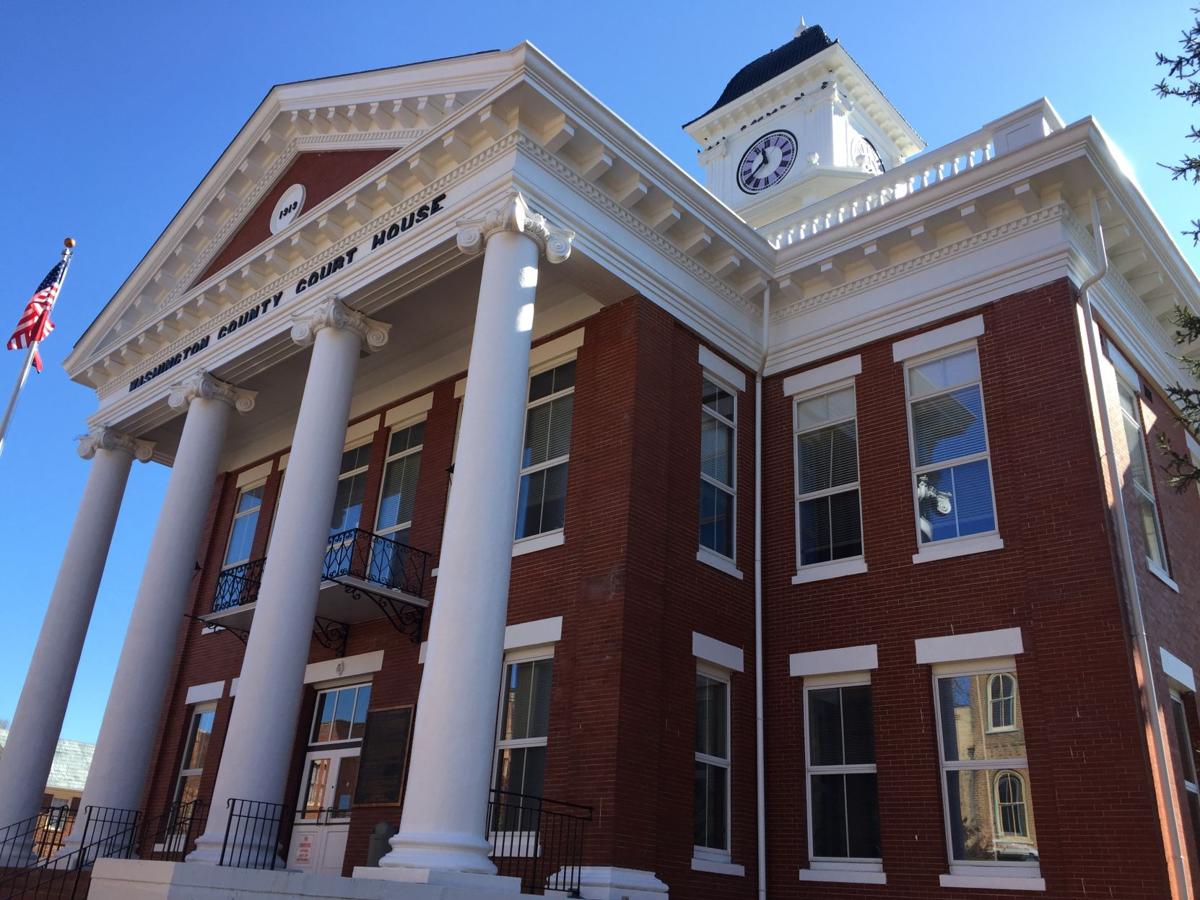 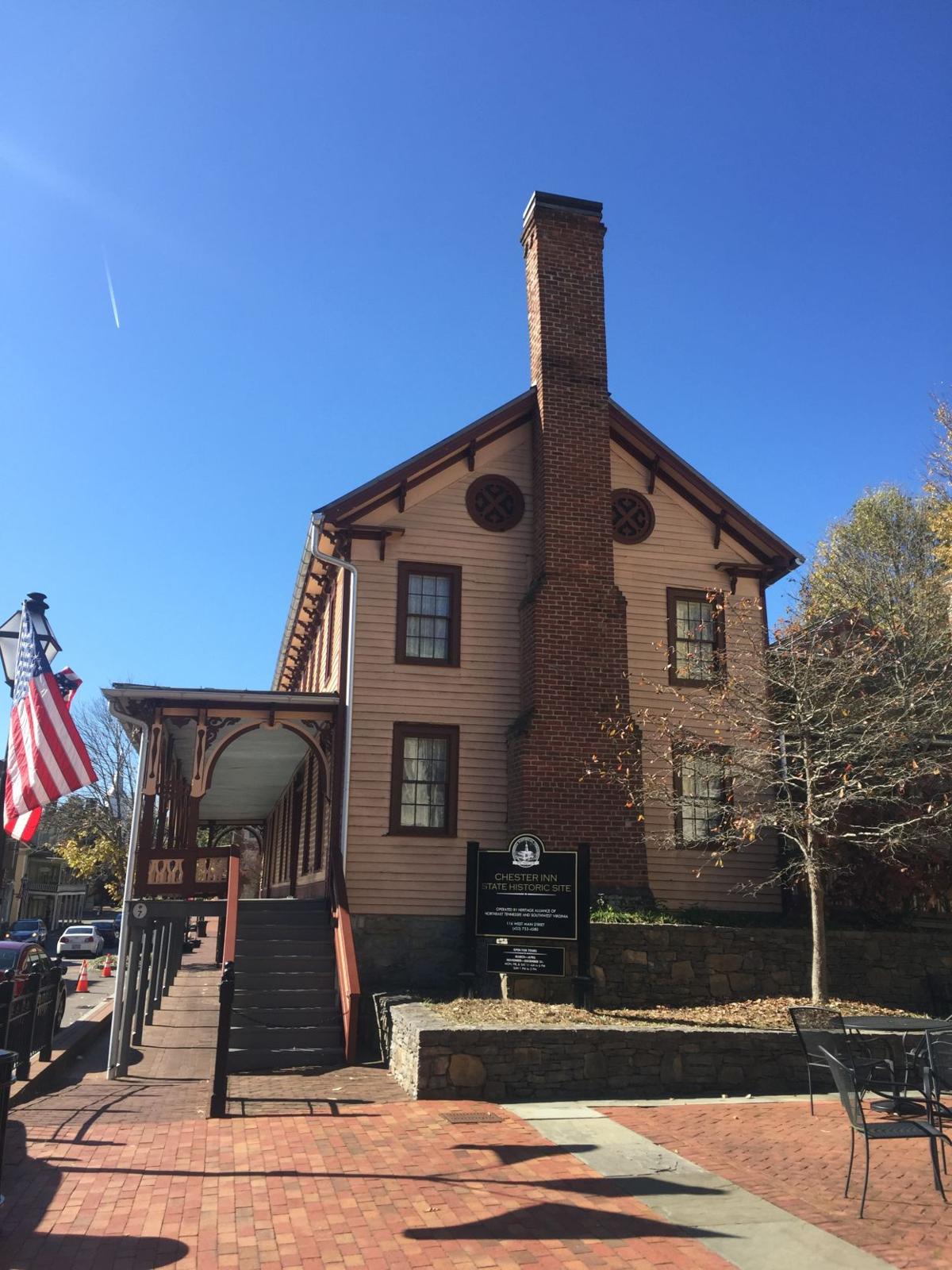 Enjoying the new generation of mom and pop shops of Historic Jonesborough’s Commercial Block is enough to have you take your time as you step back in time.

A mansion in its time, The Taylor House is a circa 1777 cabin and is a golden reminder of the work of the settlers of Jonesborough. The settlers had to build their lives and build it well so it would stand the test of time.

Alfred and I were on our way back from our anniversary date to see Shooter Jennings in concert at Capone’s in Johnson City one Sunday when I saw a sign for Historic Jonesborough. Known as the “Storytelling Capital of the World,” I had only been there once during their famous annual National Storytelling Festival with my cousin when I was about 12. I had always wanted to go back.

In my memories, Jonesborough was an unfinished drawing. From what I remember of the festival there was haze of traveling crowds, hoards of tents and getting lost and found as we followed the map of scheduled events. I especially remember the beautiful, well-kept old buildings, the history, the stories and thinking that not only I was born in the wrong century, but I felt like had a connection to this old place.

I didn’t know if it was the stories or if it was the romance of old buildings, but something in my old soul found a home in Historic Jonesborough.

Shockingly, Alfred said he’d never been there, even though he is an East Tennessee boy through and through. We decided we would see what we could see. I wanted to watch Alfred take in Jonesborough for the first time and, for me, I wanted to see if the voices were still there, just above a whisper, telling their stories when the breeze rustled through the foliage of the tall downtown trees near the railroad tracks. I wanted to see if I recognized anything; to see if I still had a connection to the old place.

Every place has a history, but none so well established, documented or preserved as Jonesborough. After all, it is Tennessee’s oldest town. Jonesborough was built between the existing settlements of Watauga, named for the old Fort Watauga built about 7 miles southeast, and Nolichucky, a settlement along Nolichucky River. At this time the land was still apart of North Carolina. After 113 settlers signed a petition, North Carolina’s government chartered the town of Jonesborough in 1772.

Following the American Revolutionary War, North Carolina attempted to cede its Tennessee lands to the federal government as payment for their debts accrued during the war. Disgruntled settlers, upset by North Carolina’s neglect, taxation and lack of protection from natives on the Appalachian frontier, formed the State of Franklin [Frankland] in 1784. State of Franklin was composed of the modern Tennessee counties of Blount, Carter, Cocke, Greene, Hamblen, Hawkins, Jefferson, Johnson, Sevier, Sullivan, Unicoi and Washington. It was a revolutionary idea of its own.

Amidst the lull in responsiveness from the federal government to accept North Carolina’s offer, Franklinites held out hope of seceding from North Carolina and becoming the 14th state. Jonesborough was named the capital (1784-’85) and John Sevier its governor.

In 1785, a petition was brought before Congress for Franklin’s statehood, but did not secure the two-thirds majority vote required. North Carolina eventually reasserted its authority over the land, and the lost State of Franklin dissolved by 1788. In 1789, North Carolina ceded the Tennessee lands to the federal government and it became known as the Southwest Territory or “Territory of the United States, South of the River Ohio” and Jonesborough served as the territory’s judicial capital from 1790-’96.

Tennessee became a state in 1796, with John Sevier still at the helm as first governor of the new state.

These are just a few stops we made on our Sunday afternoon within walking distance along Downtown Jonesborough’s “commercial block” on Boone St.

Noted as the “birthplace of Tennessee,” Washington County was established in 1776 as Washington District of North Carolina and was the governmental agency in charge of North Carolina’s western lands, and the first established governmental division ever named in honor of Gen. George Washington. The district became Washington County in 1777 and was the first county in what would eventually become the great state of Tennessee. The courthouse was built on the public lot of the original Jonesborough town plat. The 1913 Washington County Courthouse replaced the earlier Greek revival style courthouse built in 1847. While the majority of the original 1847 structure disappeared, the courthouse bell was reused in the clock tower and still chimes on the hour.

The Chuckey Depot Museum is located near the railroad tracks off the walking trail near Downtown Historic Jonesborough. Chuckey was an unincorporated community located about 13 miles southwest of Jonesborough. The community’s name is derived from Nolichucky, a tip of the hat to the town and its placement along the Nolichucky River. Chuckey Depot was disassembled and moved from Chuckey to Downtown Jonesborough to be reassembled piece by piece for restoration and safekeeping. The museum houses artifacts and displays exhibiting the history and impact of the railroad in Jonesborough and neighboring communities. Visitors are allowed to go in the caboose just outside the depot. It is all free to visit, but donations are welcomed.

Built in 1797 by Dr. William P. Chester of Lancaster, PA, Chester Inn was employed as an inn, hotel and apartment house, otherwise known as a pub, or public house on the Great Stage Road. Many guests were accommodated here on their journeys westward, including Sevier and Presidents Andrew Jackson, James K. Polk and Andrew Johnson. The Chester Inn Museum is located in the ground level of the old public house, where Dr. Chester used to house his apothecary. The museum is free to go in, but donations are welcomed. Tours are available upon request.

The Taylor House is a rustic cabin built about 2 miles southwest from its current downtown location in 1777 by Maj. Christopher Taylor, a veteran of the French and Indian and Revolutionary Wars. Jackson boarded at the Taylor home in 1788-’89, while practicing law in Jonesborough. At nearly 200 years old, the cabin was moved intact in 1974 to its current location to preserve it from demolition.

Hands Around the World offers an eclectic collection of artisan wares from local producers and from all over the world, representing many different cultures and countries. Jonesborough Antique Mart, located in a huge multi-level antique of a building, has a plethora of booths with items from antique to boutique. Get a proper cup of coffee and a piece of pie at the Corner Cup, then visit adjoining trendy textile and handicrafts store.

Other points of interest

The city hosts the National Storytelling Festival annually in October and the International Storytelling Center is also located downtown. Where a beautiful old home now stands on the hill beside the Jonesborough First Presbyterian Church is the very site where first periodicals in the U.S. devoted exclusively to the abolition of human slavery, “The Manumission Intelligencer” and “The Emancipator,” were published by Quaker Elihu Embree in 1819-’20. The Washington County/Jonesborough History Museum, located inside the Jonesborough Visitors Center, has permanent and rotating exhibits and is free to visit. Tennessee Hills Distillery embraces the heritage of making spirits by way of age-old recipes and methods handed down for centuries by their Irish forefathers. Old Jonesborough Cemetery Tours are offered on the first and third Saturdays from May-October for $3 and children 8 and under are free.

I had long wondered why I felt a connection to Historic Jonesborough. I had thought it was because of the old buildings and lush history. But, as it turns out, I am more connected to Jonesborough than I thought. My direct ancestor 13 generations back on my maternal grandmother’s side were Hales who hailed from England and immigrated to the colonies in 1620, settling in Virginia and Maryland. The family history notes the Hales were inclined to be Quakers. Four generations of Hale sons later had my seventh great-grandfather in Washington County in the 1700s. He died in Washington County in 1794, two years before Tennessee saw statehood. He had four sons serve in the American Revolution, one such son was my sixth great-grandfather. He was granted land by North Carolina, as the territory was still North Carolina’s at the time, for his service during the war. Records show he passed away and was buried in Washington County; however, that portion is now in present-day Greene County. His son, my fifth great-grandfather (1755-1844) was born in and died in Washington County but lived in Virginia for a time before returning to his birthplace. His son, my fourth great-grandfather was born in Virginia but became one of the earliest settlers of Cannon County before returning to his father’s birthplace of Washington County where he passed away.

That’s why the old voices were still there, just above a whisper, welcoming me home. I could hear their inspired stories in the back of my mind, the ones I’d been longing for, the ones that I wasn’t sure were ever mine to keep. It was like having a family reunion. They were telling me they had found their place here, encouraging me to find mine, too.

Sometimes you just have to stop and listen. Then you find out that’s exactly where you’re supposed to be.