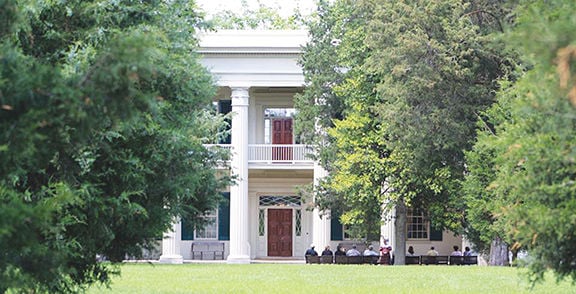 Andrew Jackson’s Hermitage near Nashville is one of the nation’s most visited presidential homes. 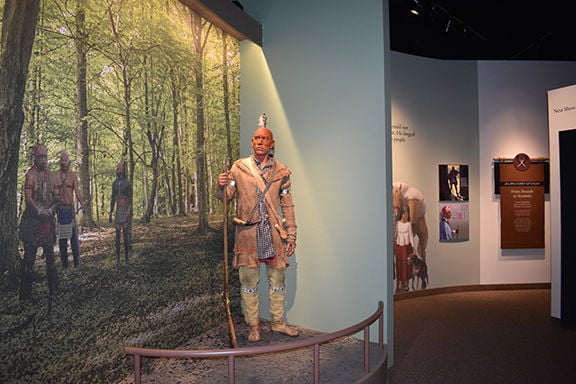 The Sequoyah Birthplace Museum in Vonore is filled with details about the famous Cherokee. 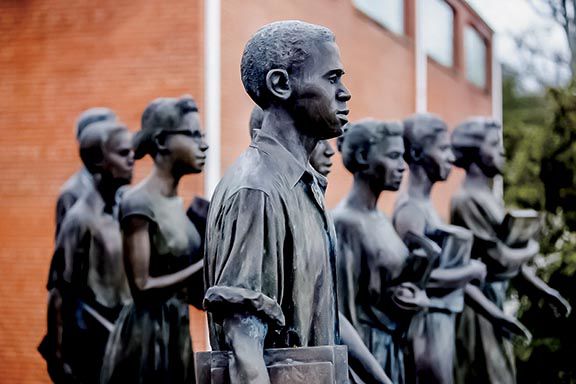 Clinton’s Green McAdoo Cultural Center has statues of the Clinton 12 that helps tell their history-changing story during desegregation. 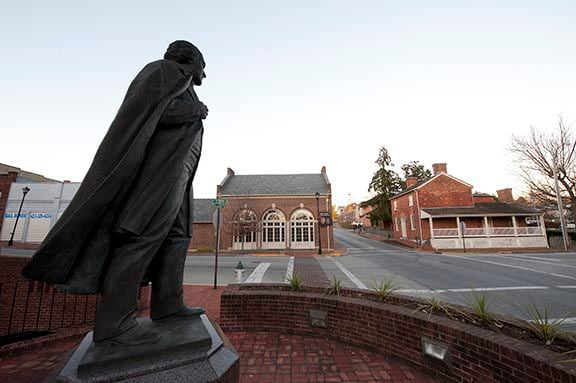 Andrew Jackson’s Hermitage near Nashville is one of the nation’s most visited presidential homes.

The Sequoyah Birthplace Museum in Vonore is filled with details about the famous Cherokee.

Clinton’s Green McAdoo Cultural Center has statues of the Clinton 12 that helps tell their history-changing story during desegregation.

The history. The stuff you can’t find in a book. Or on a Wikipedia page. It lives in the heavy silence of century-old battlefields. And the distant strum of age-old strings. It’s a rare chance to unplug from what is, and relive what was. To go back. To the places. The stories. That can only be Made in Tennessee.

What’s old is new again at reinvented historic sites in Tennessee. Travelers can walk the halls of the former maximum security prison, once known as “the end of the line” for the state’s most dangerous criminals, including James Earl Ray. Historic Brushy Mountain Penitentiary in Petros also offers a restaurant, moonshine and live music.

History was made in Tennessee. The state’s heritage is told from river to mountain through preserved battlefields and archaeological sites, and it is recorded on vinyl and in art. The lives of the ancient settlers from the Mississippian period are pieced together from artifacts found at Memphis’ Chucalissa and the Pinson Mounds near Jackson, where archaeologists work to interpret the habits and cultures of the earliest Native Americans.

The Museum of Appalachia in Norris, a living history museum and pioneer farm village, lends voice to the people of Southern Appalachia and Native Americans through artifacts and stories they left behind. Learn about the life story of the famous Cherokee, Sequoyah, at the Sequoyah Birthplace Museum in Vonore.

Stroll Tennessee’s oldest town, Jonesborough, on its preserved Main Street and hear the stories surrounding this charming town at the International Storytelling Center as Jonesborough is also the Storytelling Capital of the World.

Settlers found the rugged frontier of the Smoky Mountains north to Knoxville no barrier to staking a claim with lush valleys such as Cades Cove – part of Great Smoky Mountains National Park – a natural choice for an early farming community.

James White, Knoxville’s founder and a Revolutionary War soldier, built the first settlement in Knoxville. The story of his frontier life is told at the preserved fort settlement he built.

Civil War heroes and battles also made history in Tennessee. War stories, both heartbreaking and heroic, are told at major battlefields across the state. One of the bloodiest and most significant battles of the Civil War was at the Battle of Stones River. Stones River National Battlefield in Murfreesboro contains one of the nation’s oldest intact Civil War monuments, the Hazen Brigade Monument.

From the Battle of Franklin claiming the lives of thousands and changing life on the Carnton and Carterfarms forever, to Fort Pillow in Henning, to Fort Donelson, to the bloody battle at Shiloh, to the decisive Chickamauga campaign near Lookout Mountain, Tennessee played a significant role in the war that divided the country.

Uncover a piece of the past and become immersed in the stories and struggles of the Civil Rights movement by visiting the 10 Tennessee sites featured on the U.S. Civil Rights Trail.

The National Civil Rights Museum at the Lorraine Motel is built on the site where Martin Luther King Jr. was assassinated. Also spotlighted on the trail are Clayborn Temple and the Mason Temple Church of God in Christ in Memphis.

Three American presidents called Tennessee home. The only surviving home of the 11th president James K. Polk in Columbia is where he began his legal and political career.

The picturesque setting of Greeneville frames the life of 17th president Andrew Johnson, a humble tailor launched into an unexpected political career.

Andrew Jackson led American soldiers, allied with Cherokee, Choctaw and Chickasaw warriors against the Creeks during the War of 1812. Jackson’s sprawling Nashville Hermitage plantation includes a museum detailing his military and political leadership. Take in the mansion, beautiful gardens and grounds and experience “The Duel: The Art of the Southern Gentleman.”

During the darkest days of World War II, a secret city was born. The federal government transformed 59,000 acres of farmland and fields into the Manhattan Project, the largest scientific and technological effort of its time. Spend the day learning about Tennessee’s role in the Manhattan Project at the American Museum of Science and Energy in Oak Ridge.

Musical history also was made in Tennessee where the Bristol Sessions gave birth to country music in Bristol; the Grand Ole Opry made country music famous; Beale Street in Memphis gave birth to the blues; Elvis Presley, the king of rock'n’roll, made sure Memphis could own the name “Birthplace of Rock'n’Roll,” and labels such as Stax and Sun Records launched superstars including Isaac Hayes, Elvis Presley, and Johnny Cash.