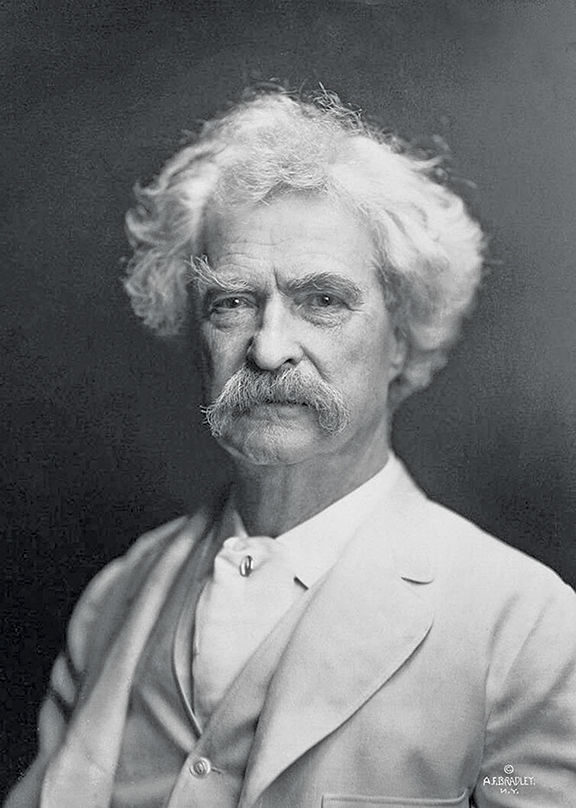 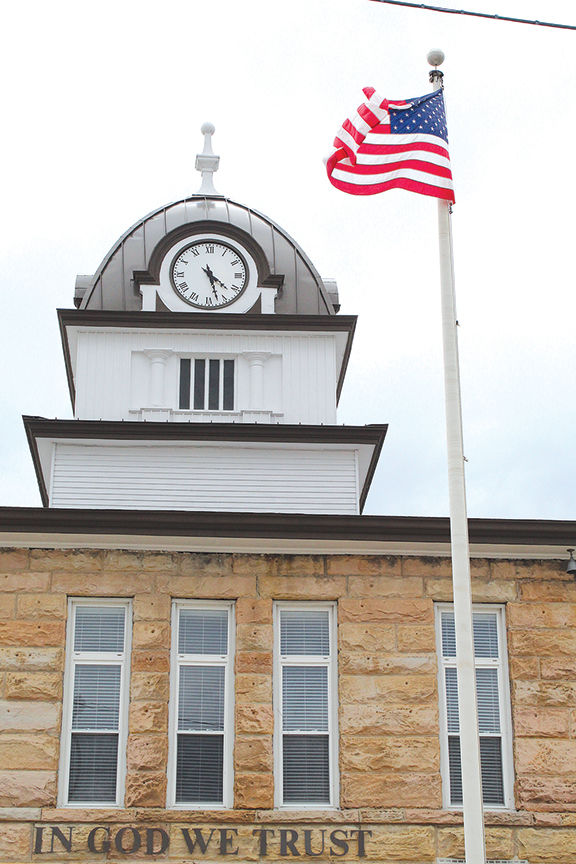 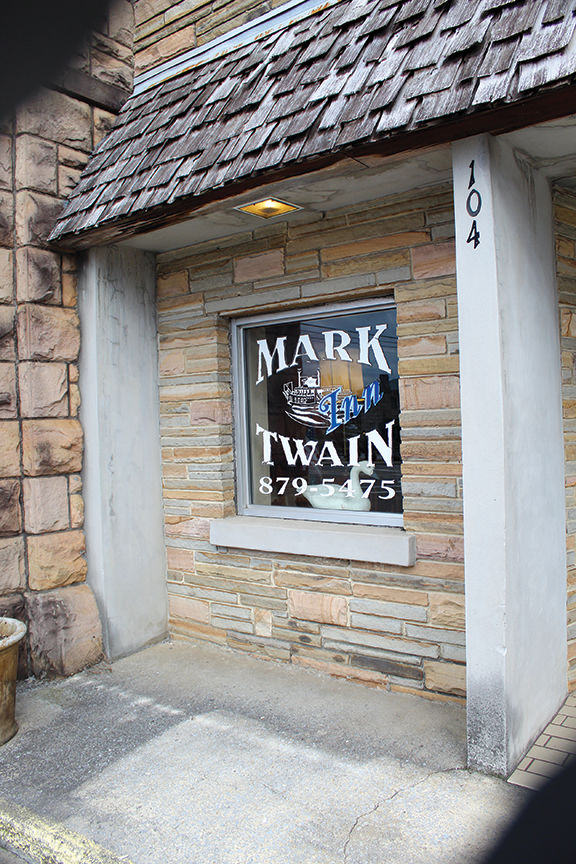 The Mark Twain Inn is across from the Fentress County Courthouse. 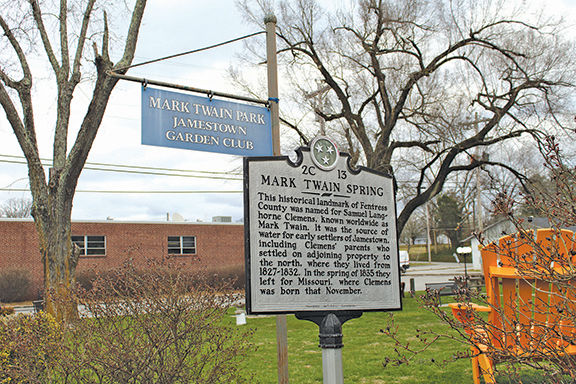 A placard at Mark Twain Park tells about the spring that supplied water to Mark Twain’s parents and his siblings during their time in Jamestown. The building directly behind the signs is the Jamestown Post Office, which sits where the Clemens home once stood. 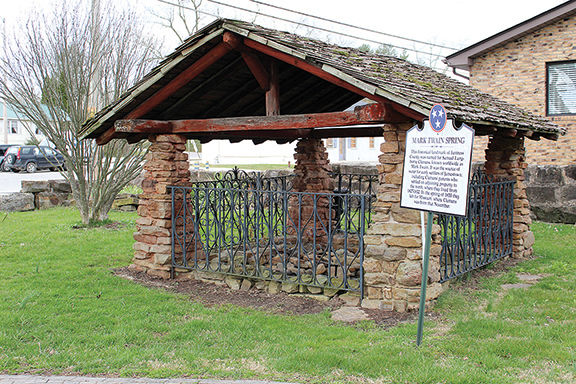 The Mark Twain Sand Spring is in the park bearing the author’s name.

The Mark Twain Inn is across from the Fentress County Courthouse.

A placard at Mark Twain Park tells about the spring that supplied water to Mark Twain’s parents and his siblings during their time in Jamestown. The building directly behind the signs is the Jamestown Post Office, which sits where the Clemens home once stood.

The Mark Twain Sand Spring is in the park bearing the author’s name.

What a difference a few months can make.

Mark Twain’s Missouri roots are one of the trademarks of the 19th-century writer, journalist and humorist who famously came into and went out of this world with Halley’s comet.

On the Cumberland Plateau of Tennessee, however, folks know those roots don’t run as deep as they appear.

That’s because they know that had fate not intervened five months prior to his birth, the scribe formerly known as Samuel Langhorne Clemens might have had a different hometown:

Yes, that Jamestown. The one directly to Crossville’s north.

“His family lived in Jamestown, had a business or businesses here and owned thousands of acres of property out in the county,” said Mary Robbins, vice president for publicity with the Fentress County Historical Society.

Twain’s father, John Marshall Clemens, had a head filled with dreams when he brought wife Jane and their young son Orion to Fentress County in 1827.

John Marshall, by all accounts, saw potential in the mountains that would produce one of the nation’s most acclaimed war heroes.

And the folks in Fentress County saw potential in this lawyer who’d entered their midst. The county was a mere two years old at the time, and John Marshall Clemens’ intelligence was sorely needed. He drew up plans for the first courthouse and jail and served as county clerk.

He hung out his shingle and opened up a shop where he dispensed legal advice.

And he bought land. Lots of it, and he sent word encouraging Jane’s family in Kentucky to join in his venture.

While in Jamestown, the Clemenses added two daughters, Margaret and Pamela, to their family in Jamestown. A son, Pleasant Hannibal, died in infancy. But the legal business was at a standstill, and the sandy land wasn’t conducive to raising crops.

Discouraged, the family moved to the northern part of the county, where John Marshall became postmaster and opened another shop. Another son, Benjamin, was born. And their worry deepened when Jane became expectant again.

That’s when fate, courtesy of a letter filled with promise from Jane’s sister, Martha Ann “Patsy” Quarles in Missouri, intervened.

That’s all it took.

Another son, Henry, rounded out the family.

Though the family had pulled up stakes, they kept their property holdings in Fentress County for years. It was often rumored its famous almost-son visited from time to time to check on the land. Most likely it was older brother Orion.

Twain himself put an end to that speculation in his autobiography:

“I have written about Jamestown in The Gilded Age, a book of mine, but it was from hearsay, not from personal knowledge.”

In The Gilded Age, Twain dubs the town “Obedstown” and relates the story of Squire Hawkins, a pseudonym for his father.

The book “describes the town and the surrounding country as it then appeared,” Fentress County historian Albert Ross Hogue wrote in his own book, History of Fentress County, Tennessee: The Old Home of Mark Twain’s Ancestors.

Twain’s impact on Fentress County is almost as big as the one he left in the literary world.

On the public square across from the courthouse is the Mark Twain Inn. (The Mark Twain Restaurant also shared the building in earlier days.)

A war memorial on the courthouse lawn was installed by the American Legion Mark Twain Post 137.

A block or so to the north is the Mark Twain Park, home to the Mark Twain Sand Spring that supplied the Clemens family’s water. Next door is the Jamestown Post Office, which rests on the old Clemens homeplace. The street between the post office and park is — what else? — Mark Twain Avenue.

Want to check it out for yourself?

“When we have our History and Heritage Days, near the end of April there will more than likely be a map and tour of places that were significant in the lives of his parents and other family members,” Robbins said.