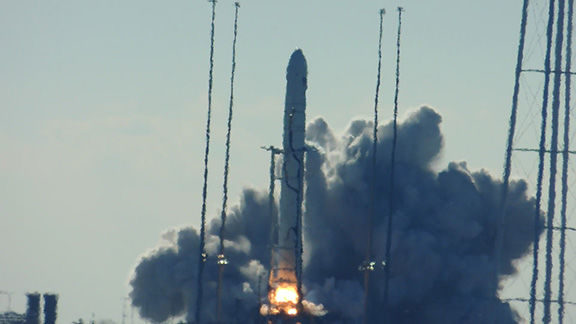 More than 8,000 pounds of supplies and experiments were taken up on this Antares rocket during an International Space Station resupply launch Nov. 2 at the Wallops Flight Facility in Virginia. 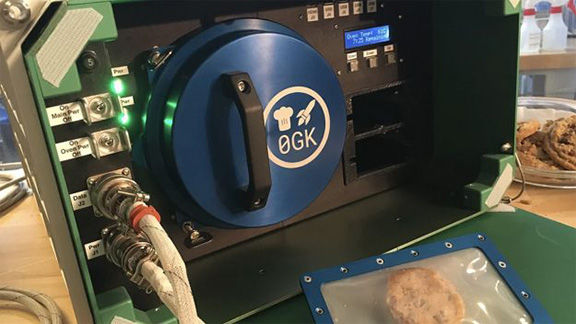 This oven is destined to go down in history since nothing has ever been baked in space before.

Mark Baldwin was one of 50 invited to the NASA Social event to witness the launch and get an up-close look of the rocket beforehand. 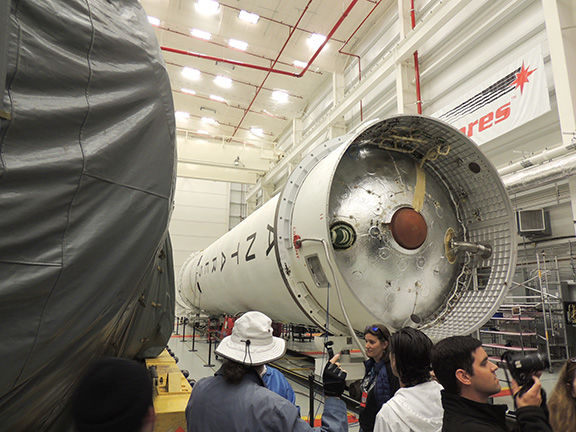 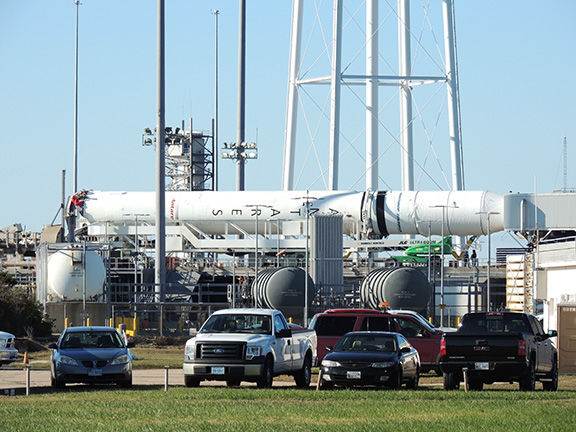 More than 8,000 pounds of supplies and experiments were taken up on this Antares rocket during an International Space Station resupply launch Nov. 2 at the Wallops Flight Facility in Virginia.

This oven is destined to go down in history since nothing has ever been baked in space before.

Mark Baldwin was one of 50 invited to the NASA Social event to witness the launch and get an up-close look of the rocket beforehand.

The International Space Station has been continuously occupied by humans for 19 years. That means that today’s teenagers have never lived on an earth occupied by all humans currently living.

What an interesting time we live in!

Of course, the space station must be resupplied from time to time. This requires a rocket to take supplies up to it. Such a launch was planned for Nov. 2, and NASA sent out applications for those who would like to exclusively watch it with them.

I, of course, applied. These invites are called NASA Socials, and the competition to get invited is fierce. Hundreds of people apply, but only 50 are chosen.

When I found out I was selected, I was over the moon with excitement. We NASA nerds like to say that a lot. We’re always “over the moon” about something.

This launch would take place at Wallops Island, VA. I was so anxious to visit this place, as I had never been there before.

For these NASA Social events, a full day of activities, filled with tours, press conferences and interviews, is planned the day before the launch.

I might also add how incredibly blessed I am with these invitations. Many people apply for these NASA events dozens of times just to get into one — if they ever get into one at all. This was my fourth NASA Social invitation!

We were to meet bright and early Nov. 1 at the Wallops Visitor Center, where we would be briefed on the day’s events.

Inside this building was an Antares rocket that we were allowed to get within feet of. What a sight! It is always so humbling to stand next to something so incredibly powerful.

After lots of pictures and talking with those who work in this facility, we headed out to the launch pad.

The rocket had been lowered and was horizontal when we arrived at the pad. This is actually something unique to Wallops. They can, in rather short notice, lower rockets on the launch pad and lay them on their side. This allows the last-minute loading of supplies, such as fresh fruits and vegetables, to the space station.

That was the case for this rocket, but they were also loading mice onto it. This is only the second time mice have been sent to the space station.

In all, more than 8,000 pounds of supplies and experiments were taken up on this rocket launch. It keeps the astronauts busy performing experiments.

The International Space Station is arguably the most unique research lab in the universe. Some experiments are medical in nature, leading to improved treatments back here on earth. On this particular launch, several experiments by students at various schools were on board.

One particular item on board this launch has garnered more attention than anything else. That item is an oven.

Nothing has ever been baked in an oven in space before. We’re not even sure how that will work in a microgravity environment.

As we travel deeper into space, food growing and preparation techniques must be improved. What an improvement to be able to bake something!

The first thing the astronauts will bake is five chocolate chip cookies.

Three of those cookies will be sent back to earth for testing, while the other two will be enjoyed by the astronauts.

How “homey” it would feel to smell the aroma of baking cookies on the space station.

It is believed that cookies baked in space will bake into spheres. The truth is we’re just not sure until we do it. Like I said, nothing has ever been baked in an oven in space before.

I am so incredibly blessed to be invited by NASA to see all the things they’ve been so good to show me.

We were allowed to view this rocket launch from only 3 miles away. The sights and sounds of the launch will never get old. Because the speed of sound travels slower than that of light, every mile between you and the launch pad equals 1 second until sound arrives.

Three seconds after the rocket left the pad, we heard that thunderous roar.

There’s just nothing like it. At that moment, nothing else matters in the world. It’s just you and the rocket.

We were also incredibly lucky to have been in a location where the winds were blowing toward us from the rocket.

A few minutes after the launch, we smelled the rocket fuel. It was amazing.

In spite of all this, there’s another side of these NASA Socials that is equally as important. That’s the people I meet on these trips. Lifelong friendships are forged, with each of us bonding over our love for science and all things related to space and NASA. Nothing else matters to us, just our love of space.

Imagine what a world we could have if we could all just unite over a single passion.

Space is truly inspiring, and there’s just so much left to learn. We will never find all the answers, but let’s enjoy the journey of discovery.

Who knows what we’ll learn next about or magnificent universe?