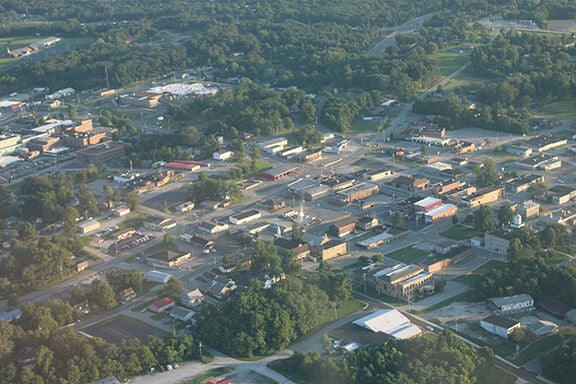 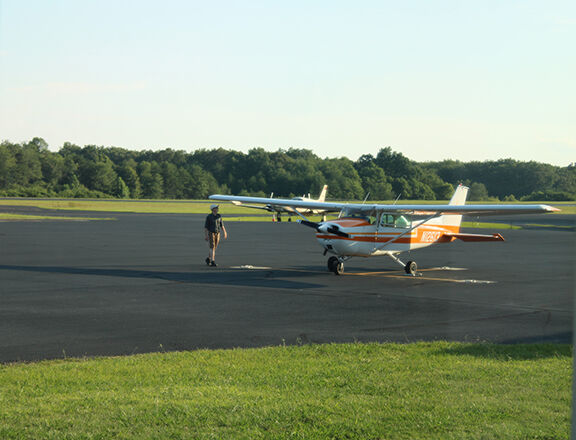 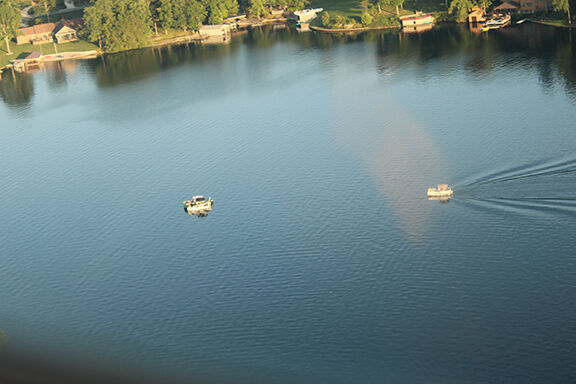 The Discovery Flight flies over pontoon boats crawling across Lake Holiday coming in to land at Crossville Memorial Airport. 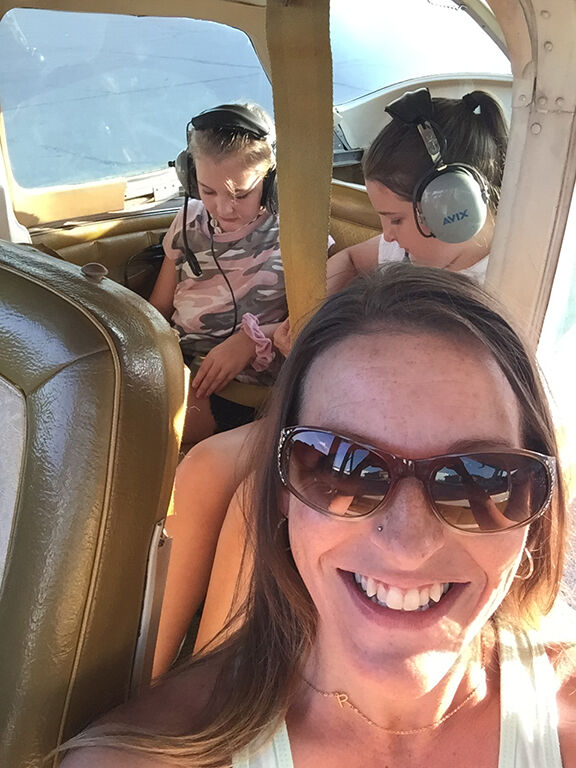 “Talk to me, Goose.” Zuranda and Zolah Beeler are just about ready for liftoff as Rebekah Beeler catches the moment just before they share a lifelong memory taking a Discovery Flight together at Crossvile Memorial Airport. 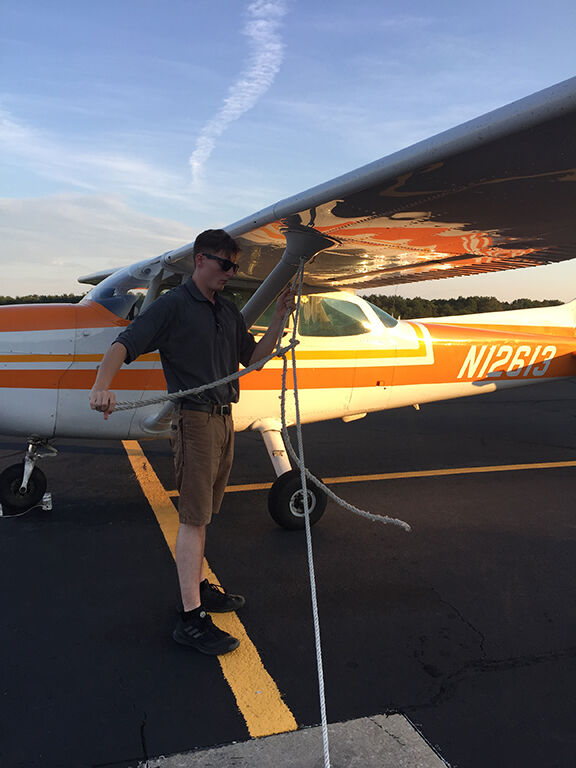 Putting the Skyhawk II to bed for the day, Certified Flight Instructor Cody Lehman ties the four-seat, single-engine airplane down.

The Discovery Flight flies over pontoon boats crawling across Lake Holiday coming in to land at Crossville Memorial Airport.

“Talk to me, Goose.” Zuranda and Zolah Beeler are just about ready for liftoff as Rebekah Beeler catches the moment just before they share a lifelong memory taking a Discovery Flight together at Crossvile Memorial Airport.

Putting the Skyhawk II to bed for the day, Certified Flight Instructor Cody Lehman ties the four-seat, single-engine airplane down.

Remember when you were young and imaginable, felt invincible and thought you could fly?

Crossville Memorial Airport manager Greg Livingston said their goal was to welcome the community and “make aviation fun.” Whoever is playing the role of co-pilot is welcomed to take the controls if they’d like. The flight instructors will direct you from takeoff to touch down. They also offer flight instruction for those interested in getting their pilot’s license and hopes the discovery flights will inspire a new generation of flight students.

“We want to be a positive thing for the community,” he said.

Post 9/11, Homeland Security required the airport to be fenced. Livingston said it segmented the airport from the enjoyment of the citizens.

“It’s hurt things. In the old days, you just kind of come through the hanger and you slip in and maybe you’d help out somewhere and you sweep the floor. You had an ability to get into it that way,” he said. “When now you put up a fence, those people can’t do that anymore.”

Whenever the opportunity presents itself, Livingston said they welcome anyone who wants to come and watch the planes, adding that they’ll open the gates, show you around, get you a bottle of water and answer any questions in the hopes that their hospitality will keep people visiting, interested and “make aviation cool.”

He said, “That’s how we all got affected to go into aviation or a love of aviation, because somebody gave us that little opening of the door.”

To keep the public involved and generate interest, the airport holds open houses that are free to the public to share the airport with visitors. Unfortunately, this year’s open house has been canceled due to COVID-19. But the public is welcomed to come anytime and watch the planes from their comfortable lobby, have a cup of coffee and drink in the panoramic view of Whitson Field.

“Come out and see us anytime. We’ve got water, we’ve got coffee and we’ve got sodas. It’s a friendly place,” he said. “A lot of people come out and sit down and eat their lunch and look out and watch airplane stuff. We’re cool with that.”

In fact, Conrad Facility Tours brought a group of 20 visitors from Fairfield Glade on Monday, Aug. 3, to learn more about the airport and what all they bring to the community.

“You might as well have fun and make it fun for other people,” he said.

It is fun. It is an experience. The airport FBO flight support team welcomes anyone with an interest.

My daughters, Zolah and Zuranda, and I set up a Discovery Flight for Aug. 9 with certified flight instructor Cody Lehman.

I opted to be the co-pilot and try my hand at flying to add to my list of new experiences. Zolah and Zuranda were excited for their first-ever airplane flight. I had taken them in a helicopter tour over the Smokies, but they had never been in a plane. They were excited to add the airplane flight to their list of new experiences. The girls were particularly interested to see their own hometown, literally, from new heights. It was also Zolah’s birthday and the flight was not only pretty and pleasing, but was the extra cherry on top.

He gave us a “tour” of the aircraft, instructing on the gadgets, buckles and headsets, and informed on what to expect.

As instructed, I primed the plane and Lehman started the Skyhawk II. As we taxied to the runway, Lehman gave me pointers and let me steer the Skyhawk with the pedals that control the rudder and brakes.

To say the least, steering a plane with only your feet is awkward enough on the ground. It’s difficult to reconcile at first. Once you’re in the air, flying and steering feels like you’re steering a “sky-boat,” floating on invisible water. The plane is heavier than you think and slower to respond than you might anticipate.

Speaking of anticipation, that words perfectly describes what pilots need to do. You must anticipate the needs before they arise and be critically aware all the time.

It was overwhelming, all the information. I didn’t understand everything he was saying, what all the gauges were indicating or what I needed to do. Lehman did the take-off but after rising up on that first shelf of air, Cody said, “That’s it. You’ve got the controls. It’s all you. You’re flying.”

Then I realized that he wasn’t flying and I was. He instructed me on gaining altitude, maintaining altitude, idling, speeding up and slowing. The plane handled much more differently than I expected. It was definitely a learning experience and something I’d like to pursue and understand better. I guess this is what they call “broadening your horizons,” except this actually broadens your horizons.

Getting my pilot’s license is on my bucket list.

For her first plane flight, Zuranda said, “It made me feel– it was kind of sickening, but the view was really pretty.”

When we ascended, she said “it took her stomach away.” Admittedly, she was a little nervous, very excited and a little scared when they took off but calmed down when they were in the air.

“I got used to it after a little bit,” she said.

Once we were up in the air, the steamy haze of the August late afternoon sky sat over the city drawn in by every corner of the horizon.

“The view felt like that was something that you would see on a video, but to actually see it–,” Zuranda said. However, the sky view of Crossville didn’t look like she expected. “It was better,” she said.

For those who’ve never been in a plane, she advised, “Bring a barf bag, just in case.”

She enjoyed the experience of flying and appreciated the opportunity.

“It was worth it,” she said, and added that she’d “maybe, most likely” go again.

“Seeing the land on a whole different perspective, it was astonishing,” she said. “Because, you think that the world is bigger but you get up there and it’s smaller. People say, ‘It’s a small world.’ It really is.”

Zolah said she wasn’t scared but felt Marty McFly in the DeLorean going through a hyper-speed time warp because everything was zipping by so quickly during takeoff.

“I was more excited,” she said. “I definitely have the stomach for it and I think I might was to learn one day.”

She didn’t expect Lake Tansi to look the way it did and said, “When you’re at Lake Tansi, you think it’s round, but from the air, it’s shaped like an alligator.”

She’d like to go again just to see the view. She was a little worried that the sun would be blinding once they were in the sky, but when she saw the sun she said “it was really cool because it just stretched across the sky.”

“Looking for your house from the air is like a scavenger hunt. You’re a lot higher than you expect. The cars look like the size of ants and when we saw our goat, he looked like a little fuzzball, like a piece of lent on a shirt,” she laughed.

She advised those who have never flown to be ready for the bump at the landing when the tires meet the tarmac. Zolah was happy to get to spend her birthday evening soaring over the city of Crossville and getting to mark of an item on her bucket list. Actually, the item she marked off her bucket list wasn’t to fly in a plane, but to touch an airplane propeller. Consider it done.

“It’s a good service, though,” Zolah said of the worthwhile experience, applauding Azure and their flight instructors for providing this unique opportunity.

No matter the reason, whether you want to mark off an item on your bucket list, make a memory, gain a new experience, take aerial photos of your home, get a birds-eye view of the area or take your first flight, Azure’s team is there to support you and help you reach for the sky.

Call 931-244-1114 or stop by the airport for more discovery flight and fly lesson information. Crossville Memorial Airport is located at 2409 Sparta Hwy. in Crossville.

Joel Todd Wilbanks, 61, was born to Paul Edward Wilbanks and Stacy Barnwell Wilbanks on Sept. 11, 1960, in Crossville. He passed away on Sept. 18, 2021. He is survived by his mother, Stacy; his sister, Jill Little, along with her husband Craig and children Emily and Luke; along with numerous…

Sharon Annette Eriksen, 75, of Crossville, passed away at Cumberland Medical Center on Sept. 1, 2021. Mrs. Eriksen was born on Sept. 29, 1945, in Pontiac, MI, daughter of George C. and Geraldine (Sowles) Filby. She is survived by her daughter, Jill Eriksen of Tennessee; son, Scott Eriksen (J…