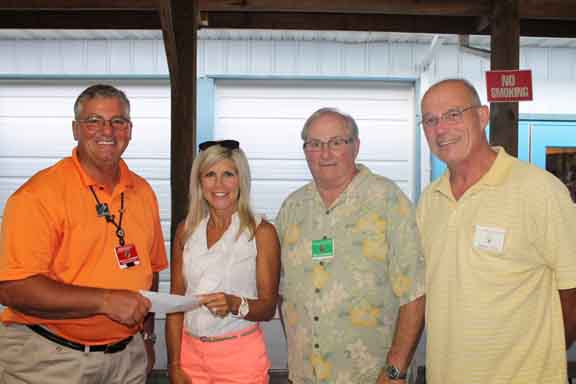 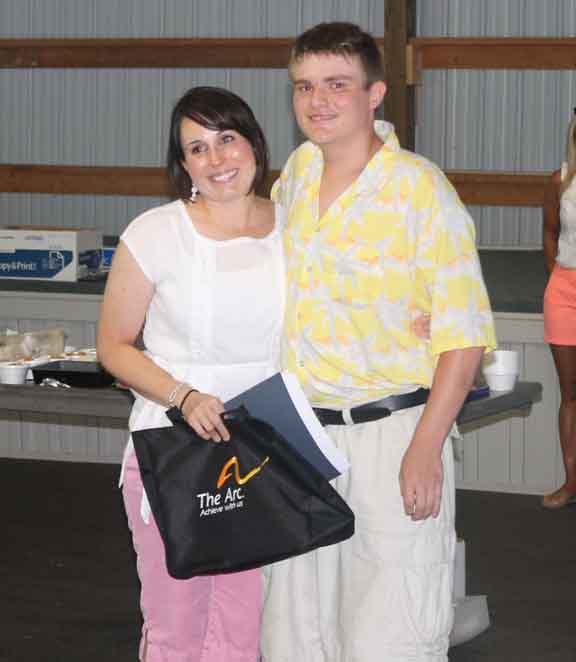 Stephanie Cole, Martin Elementary special education teacher, was honored as 2012 Exemplary Teacher. One of her students, C.J. Mathis, helped with the presentation. 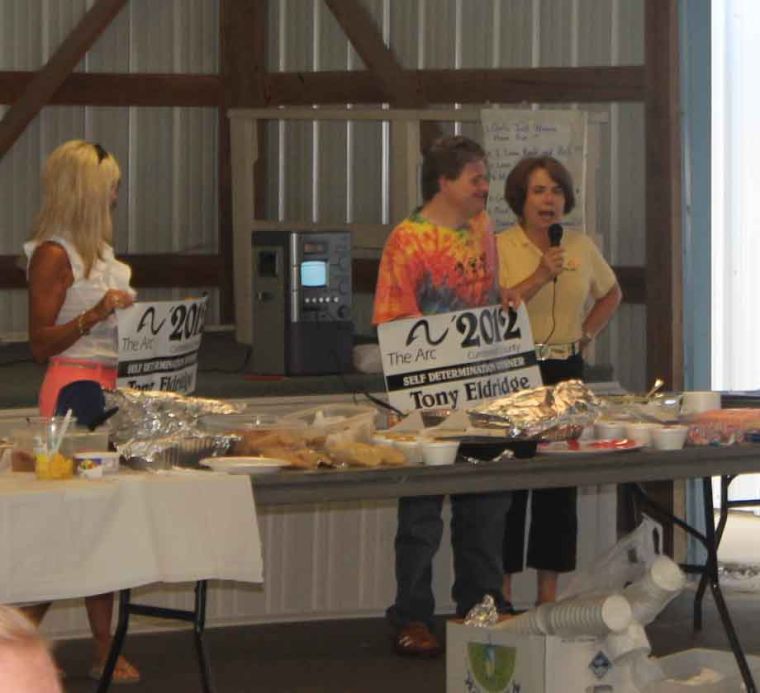 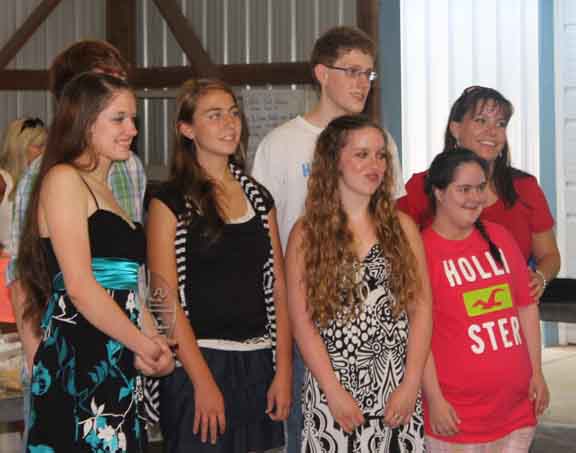 Grace Community Church Youth were named as The Arc Promising Young Leaders for 2012. Teresa Breeding, far right serves as youth director. Self Advocate Ashley Stone poses with the group at the annual meeting of The Arc CC on June 21.

Stephanie Cole, Martin Elementary special education teacher, was honored as 2012 Exemplary Teacher. One of her students, C.J. Mathis, helped with the presentation.

Grace Community Church Youth were named as The Arc Promising Young Leaders for 2012. Teresa Breeding, far right serves as youth director. Self Advocate Ashley Stone poses with the group at the annual meeting of The Arc CC on June 21.

In the June 21 annual meeting of The Arc Cumberland County, the Knights of Columbus, Council 8152 upheld their long-standing commitment and support of people with intellectual and developmental disabilities with the award of a MR Foundation Grant for The Arc Special Olympics program. This is the second year in a row this grant has been received.

The $3,000 check was presented to board President Glenda Witt at The Arc Annual meeting by Knights of Columbus Council members Denny Roy, Vince D’Alessandro and Fred Laufenberg, who also sits on the state MR Foundation Board. These monies were raised, in part, through the Tootsie Roll Drives held each year across the state in which Knights, their family members and volunteers spend hundreds of hours standing in front of local stores collecting donations from a generous community and who in turn receive a Tootsie Roll. Locally, Volunteer Energy Cooperative and Wal-Mart also give generously to local council and MR Foundation Board Tootsie Roll Drive and other council efforts.

This year’s Tootsie Roll Drive will be held July 27-28 and August 3- 4 at the Crossville Wal-Mart, Kroger, Kmart, and Food City, Crossville and Fairfield locations. Know that when you make a donation, along with a Tootsie Roll, you get a big, heartfelt "Thank You" from The Arc Cumberland County Special Olympics and Structured Athletics athletes as well!

The June 21 meeting was fittingly held in the Knights of Columbus Council 8152 outdoor pavilion on Hwy. 70 East. Roy was also honored at the meeting with the 2012 The Arc Community Service award. For several years, Roy has chaired the adult division of The Arc Special Olympics Track & Field Games. In addition, he has faithfully volunteered since 2009 in many seasons in Structured Athletics team sports. Roy is also the primary force behind applying for the MR Foundation grants in 2011 and 2012 that benefit The Arc’s recreation programs.

At the same meeting, Tony Eldridge was named The Arc Cumberland County Self-Determination Winner. Eldridge will have the honor of leading the 2012 The Arc Special Olympics Parade of Athletes Oct. 7. Coincidentally, Tony works at Kmart, one site for the annual Knights Tootsie Roll Drive.

Youth from Grace Community Church were awarded The Arc Promising Young Leaders Award for their efforts in making The Arc Prom a huge success each year. Stephanie Cole was named 2012 Exemplary Teacher. Cole is a special education teacher at Martin Elementary and heads the torch ceremony each year in The Arc Special Olympics Track & Field event.

Freddie Miller, 93 years young, was introduced to the group. Miller has the distinction of being a charter and founding member of The Arc Cumberland County in 1975. Newly elected Vice President Elizabeth Montgomery is Miller's granddaughter.

The Arc Cumberland County is grateful for its long-standing relationship with the Knights of Columbus Council 8152 that goes back more than 20 years. In addition to financial support each year, the Knights provide volunteers at The Arc Special Olympic Track and Field event, Adult Bowling Competition and the year-round The Arc Structured Athletics team sports events. It is impossible to overstate how valuable the contributions of these loyal supporters are to community as well as The Arc. The Knights are true believers in the mission of The Arc.

If you would like to learn more about The Arc Cumberland County, join the organization, become a volunteer in Special Olympics or Structured Athletics programs, or help with the annual Knights of Columbus Tootsie Roll Drive, please visit the website  www.thearccumberlandcotn.org or call 456-0206.  Please "like" The Arc Cumberland County on Facebook and be sure to view the entire photo album from this year’s Annual Meeting, Family Picnic and Awards Presentations during your visit.

Robert Eugene Music, 66, of Crossville, passed away on Friday, April 3, 2020, at the Cumberland Medical Center. He was a farmer. A private graveside service will be held at a later date. Robert is survived by his wife, Betty (Johnson) Music; son, Dalton Music; grandchildren, Aleia Music, Jac…

Earl Glenn Haverdink, 77, was born on Feb. 5, 1943, to Henry and Edna Menkin Haverdink in Holand, MI, and passed away on April 1, 2020, in Fairfield Glade. He worked for General Motors and is survived by his wife, Carol Haverdink; children and numerous grandchildren and great-grandchildren. …

F. "Maezelle" Dixon, 79, of Crossville, passed away peacefully at her home with her family by her side on Saturday, April 4, 2020. She was born April 11, 1940, in Overton County, daughter of the late Virgil Carter and Gladys Masters Carter. Maezelle worked for many years at Flowers Bakery in…