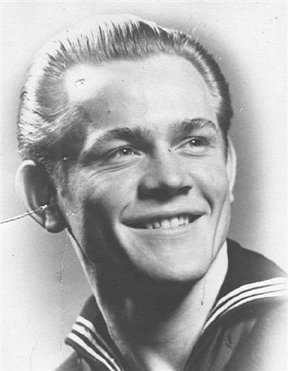 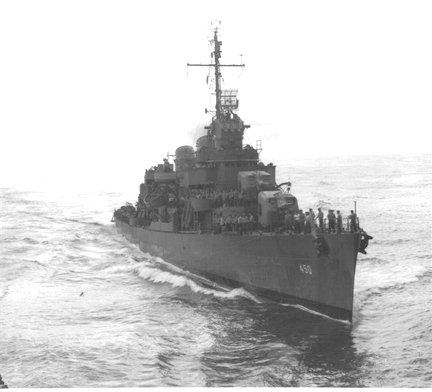 "I was with the O'Bannon right up until we escorted the Missouri for the Unconditional Surrender of Japan on 1 September 1945. It was my privilege to be on board the Missouri for that historic occasion!" (Note: Many accounts refer to the surrender as being on 2 September. That is because Japan is on the other side of the date line from the U.S.) This is an excerpt from the just-published book of one of the "Greatest Generation" World War II survivors, Fairfield Glade's own Walter Lee. Radioman Second Class (RM2C) Walter Lee served as an enlisted man on the destroyer USS O'Bannon in the Pacific theatre of operations. He also served on other ships, including the USS Pokomoke and the USS William D. Porter. As a radioman, he was very much in the know as to what was going on during the action — much more so than the other crew members because he heard all the radio traffic in "real time." Another except from Walter's book: "In another unlucky incident that could have been horribly disastrous, the Willie D accidentally fired a live torpedo at the USS Iowa, with President Franklin D. Roosevelt aboard, on his way to a conference in Tehran, Iran, to meet with Stalin and Churchill! Also aboard were Secretary of State Cordell Hull and all the World War II top brass. It was the first time that a complete ship's company had been arrested in the history of the US Navy." After years of silence on the subject, 85-year-old Lee has published his World War II diaries. Sometimes he's bored to death — at other times, he's scared to death. Either way, he "tells it like it is." In his Foreword of Action Tonight XE "Action Tonight" by James D. Horan XE "James D. Horan," Fleet Admiral William F. "Bull" Halsey had this to say about the USS O'Bannon: "The history of the Pacific war can never be written about without telling the story of the USS O'Bannon. Time after time the O'Bannon and her gallant little sisters were called upon to turn back the enemy. They never disappointed me." The slogan "Join the Navy and see the world" certainly turned out to be true for Walter Lee. During his cruises after enlisting in the Navy, he visited such places as Borneo, New Guinea, Philippine Islands, Japan, Marshall Islands, Hawaii, Solomon Islands, Guadalcanal, Vanuatu Islands, Halmahera Islands, Dutch East Indies and Admiralty Islands. Prior to that he was in the Caribbean. Lee's 252-page book, One of the Crew, USS O'Bannon, has just come off the press. Those interested in purchasing a copy of the book may contact Trafford Publishing Company Online at www.trafford.com (click on Bookstore, Military History, then key in the title and the author in the Search field); e-mail orders@trafford.com or call toll free 1-888-232-4444. By going to the Internet, you can see photographs and excerpts of the book.

Columbus Wayne Keyes Sr., 70, of Crossville, passed away Saturday, Sept. 26, 2020. He was born Dec. 26, 1949, in Monterey, son of the late Columbus Washington Keyes and Erma Belle (Tabor) Keyes. Wayne was a member of the Clear Creek Baptist Church. He is survived by wife, Carlene Keyes of Cr…

J. D. Lee, 93, of Crossville, died Wednesday, Sept. 23, 2020. He attended Faith Baptist Church. He worked at Farmers Co-op in Crossville over 30 years and was an avid farmer all his life. He was preceded in death by his son, Michael Blake Lee; parents, JW and Mary Lee; and brother, Charlie R…