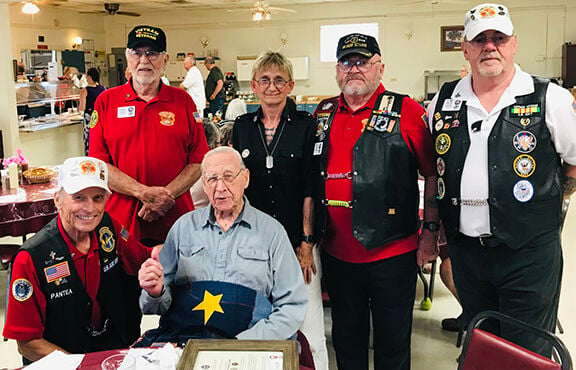 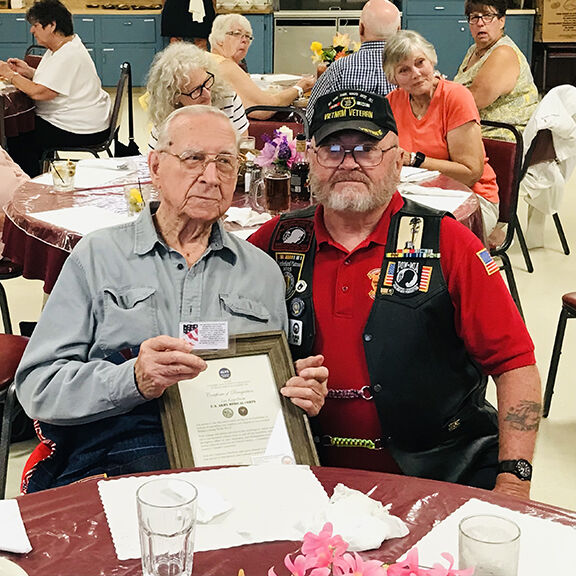 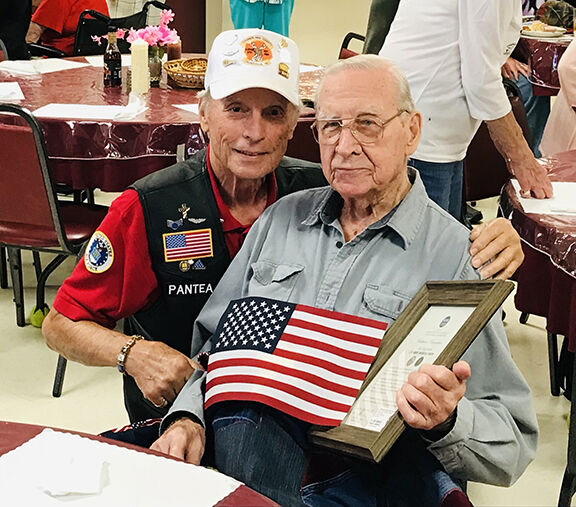 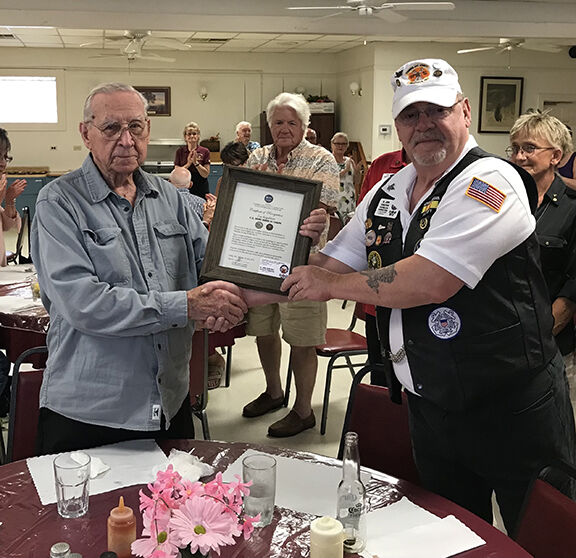 Kegelbein enlisted in the U.S. Army at age 17, and trained to be a combat medic. He entered the war in France.

He was presented a Certificate of Recognition, a Patriot Pride lap throw, a “Never Alone” bracelet, and a retired flag star card.

The certificate read, in part, “Your courage and tireless devotion to the rendering of critical medical aid to our wounded soldiers, both on and off the battlefield, reflect the highest caliber of valor, dedication, and distinguished service...”

“He is still sharp as a razor, with a grip like iron!” said Joe Girten with the Elks.

Like most of the Greatest Generation, he is quite humble. His response to the honors? A simple, “Thank you,” and “I don’t cry very often.”

Richard C. Davis Sr., 83, of Cookeville, passed away Tuesday, July 20, 2021, at Cookeville Regional Medical Center. He was born May 27, 1938, in Crossville, son of the late Roba Davis and Rissie (Tabor) Davis. He worked as a sanitation worker and was of the Baptist faith. He is survived by h…

Dale Gene Roysdon, 67, of Crossville, passed away July 24, 2021, at Cumberland Medical Center. He was born Nov. 29, 1953, in Crossville, son of James Roysdon and Francis (Blaylock) Roysdon. Dale worked as a chef at the Cumberland Mountain State Park. He was of the Christian faith. He is surv…

Stanley Roger York, 70, of Crossville, passed away on Thursday, July 22, 2021, in Putnam County. Roger was born on Jan. 20, 1951, to the late Stanley and Gladys Jones York. His parents and his siblings, Eugene York, John York and Linda Tollett, all predeceased him. His daughter-in-law, Nelda…

Fern Miller, 71, of Crossville, passed away July 21, 2021, at Cumberland Medical Center. She was born Feb. 1, 1950, in Crossville, daughter of the late Roy Vanwinkle and Nella (Brewer) Vanwinkle. She worked as a beautician and was of the Christian faith. She is survived by her sons, David A.…