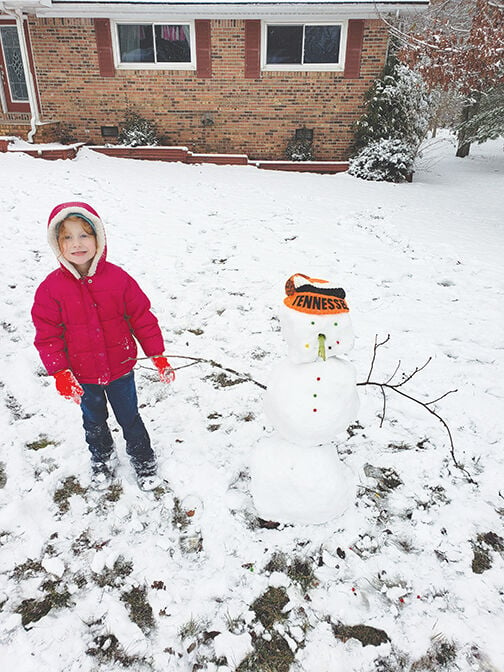 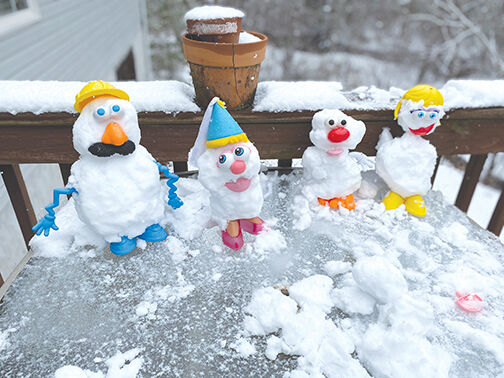 Snowtato People for the win on a snowy Monday, made by 5-year-old Harper Gaertner.

Snowtato People for the win on a snowy Monday, made by 5-year-old Harper Gaertner.

The middle portion of the week is looking pretty good, with partly sunny skies and temperatures hitting the 50 degree mark.

Another cold front will move through on Friday and the high on Saturday. Temperatures will only be in the upper 30s. It won’t be long before the cold air returns.

The snow system last Thursday moved across the southern part of Tennessee leaving behind 1 to 2 inches.

There were some isolated reports of 3-inch amounts stretching from Shelbyville through Cumberland County and into East Tennessee.

The highest totals were recorded in Campbell County.

It continues to look like we could be in for some really bad bouts of winter weather and bitter cold later in January and into February.

Looking at the charts for the next 15 days I am seeing the potential for some snow and very cold air Jan. 20-21, followed by rain and warmer weather near Jan. 23.

Another weather system near Jan. 26 with rain and snow.

Sounds like a wild ride for the reminder of January, doesn’t it?

A reader asked why they were seeing glitter floating through the air on cold mornings.

This phenomenon happens on clear, cold days when there isn’t enough moisture to form clouds but just enough to create crystals.

When it’s absolutely frigid outside, even the smallest amount of moisture freezes and falls from a cloudless sky.

Readers with questions can email anytime to weather1@charter.net.